This week – helping a friend who’s about to experience a break-up and how to react when your partner starts talking about ‘starting a family eventually’. 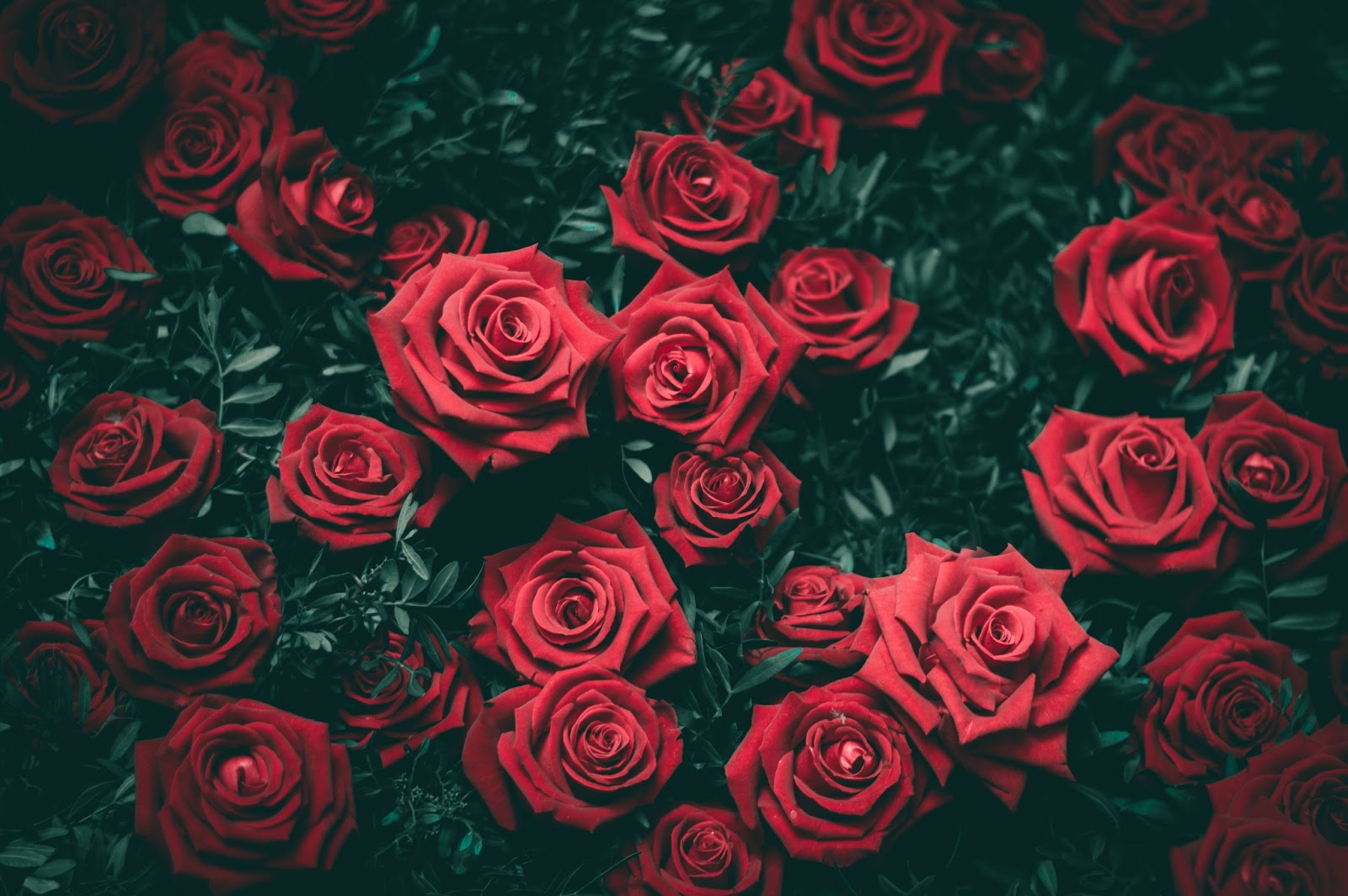 Q: A friend and I drove about 2,300 miles to stay with her family after they begged us to visit. What should we do since they’re treating us horribly?

They now complain and talk about us behind our backs, go out without inviting us, and haven’t once connected with us. They’ve hinted many times that they want us gone already, however, they were the ones who kept begging us to visit! It’s only been 5 days. We’re not bad house guests, either!

A: Oh dear. It sounds like your definition of a good house guest and theirs differs a bit.

Did you agree how long you would stay before you left? 5 days is quite a long time you know if they don’t have the room and you are expecting them to feed you and ferry you about.

If they keep hinting they want you to leave then couldn’t you check into a local cheap hotel or something?

Are you helping around the house? Have you offered to pay for food – or bought food, or a bottle or wine or flowers?

If you’re a couple, are you being less than subtle about physical relations and embarrassing the hell out of them?

Next time I think your friend needs to sort out how long she is welcome to stay. Were they expecting you to tag along or did it come as a surprise?

It sounds as if SOMETHING has happened to royally annoy them and rather than let the relationship continue to sour, the gracious thing to do is to do as they ask and leave.

Q: Why do I always have to reconfirm everything?

For example, I get into a bus after seeing the board to check the route, yet after I take a seat, I find the urge to get down and check the bus number again! It’s the same with taking my keys when I go out or remembering to switch off stove.


A: This sounds as if it is a mild case of Obsessive Compulsive Disorder where the sufferer cannot stop themselves from having compulsive thoughts or from carrying out repetitive actions such as hand washing.

I have a mild case of it myself which you can read about here – and it includes examples from others too of how it affects them.

Mother Distracted: OCD – My Glasses & Me

Sometimes though, these behaviours can arise out of nervousness or anxiety without developing into the full blown syndrome.

Rest assured you have my heart-felt sympathy because it is a very tiring thing to deal with and one which non-sufferers really struggle to understand.

If you are a very anxious person, the first thing to do is to find ways to manage your stress to see if that helps – perhaps read up on mindfulness or try meditation.

If, however, your thoughts start to tend towards harming either yourself or others, or putting yourself in danger, then please see your doctor as soon as possible.

Therapy and medication may help this condition so take action and reach out for support.

Q: Do you think my boyfriend’s ex has still feelings for him?

Their relationship lasted for four years and my boyfriend waited for almost two years before entering a new relationship. Now that this girl knows we’re together, she has blocked me everywhere.

A: It’s possible she does but after two years it’s unlikely that he’ll go back to her.

How does she know your social media accounts though? Have you been following her?

Or has she been stalking you via your boyfriend’s accounts?

If so you need to ask him why she’s still a Facebook friend, or whatever, and if she is, seek his reassurance that the relationship is indeed over and that they are not still in touch.

Otherwise it sounds like a case of “I don’t want him but you can’t have him either”. I’d try to ignore her. If she’s blocked you then unless your boyfriend is still in touch with her she has effectively removed herself from your life, hasn’t she?

Q: I have a crush on 4 different guys, all with a high academic profile and really smart, whilst having a boyfriend for 3 years. Do I have to break up?


My boyfriend is also a academic but not that high profile. I have lots of fun with him but having constants crushed makes me feel worried about me relationship. If this is going to continue I can’t say I’ll be happy with him.

A: These aren’t really crushes, are they? They are men you find more attractive than your boyfriend and that’s what you really need to admit to yourself.

If you no longer feel for your boyfriend or don’t want to be with him them just be honest.

Don’t try and fabricate another relationship as an excuse for leaving him.

You won’t be a bad person for leaving him, you know, just an honest one.

It would be far better to admit now that you’ve had enough and you want to explore other relationships.

As a caveat though, if your only reason for wanting to break up with him is BECAUSE he has a ‘lesser’ academic profile than these other men, rather than trophy hunting why don’t you support your current boyfriend and see if you can help him to raise his academic profile.

Or better still, how about developing one of your own?

Q: If a girlfriend says that she wants to “build a family eventually”, how should that be interpreted?

A: She is saying, in a round about way, that if you want to continue in a relationship with her, at some point she will want children with you.

This is a classic ‘test question’ because if you don’t tell her whether or not you want kids, staying in the relationship IMPLIES you do.

Unfortunately, some girls get a bit over keen and ask this question on the second date which tends to send their dates running for the hills but if you have been in a relationship for a while and it looks like it could be a long term one, now is the time to start talking.

If it’s a relatively new relationship, if you’ve no intention of having kids with her, you should do the honorable thing and tell her NOW.

Q: How do I help a friend who thinks that she is going to have a breakup with her boyfriend soon?


My friend thinks that because her boyfriend is not talking to her much now and says he has to let out things he has been holding in, he is about to leave her. She has already had a break up and doesn’t want to lose this guy. She is really stressed out right now.


A: It’s a horrible feeling when you think you are about to lose someone you love but, from your description, it doesn’t sound as if the relationship is going too well.

What did they break up over last time?

And has he let out these ‘things he has been holding in’? Is he too scared of upsetting your friend?

I’m afraid reading between the lines he wants out but doesn’t want to hurt her.

All you can do is gently make her see that there is no point being in a relationship with someone who does not want you.

Help her to see her good points and encourage her to find someone (in time) who sees all the wonderful things in her that you do.

Don’t criticize him – you never know they may end up back together in which case you’ll be seen as the bad guy.

Just let her talk and be there as an ear and a shoulder to cry on.

Other than that, all you can do is advise her to sit down with this guy and have a completely open and honest talk – but she will need to be prepared to hear things she probably won’t want to.

Better that though, than continuing in a constant state of stress and upset.

You’re a great friend for caring.

Q: He asked for a break but to strengthen friendship. Does it mean its over?

During our last fight, he asked for “a break from romantic involvement to hopefully strengthen our friendship”.  Those were his words. He’s upset that a male friend called while I was with him.  He went through my phone and told me to end the friendship. Yet he calls ME insecure for thinking he’s with his ex or seeing someone. I ended it.

A: It sounds like he has mentally checked out of the relationship and, by the sound of it, you are better off without him.

I’m assuming the male friend WAS just a friend? He had no right to go through your phone contacts, nor to demand you end the friendship. That is very controlling behaviour.

I notice that if you challenge him for the same thing, he calls you insecure.

He sounds jealous, possessive and immature.
And asking for a ‘break’ is usually a way of saying I want out but I haven’t got the guts to end it.

I really think you did the right thing ending it.