I’m sure you remember Stretch Armstrong, the strong man action figure with the stretchable arms. He’s been around since 1976 and made a reappearance last year.

Now his arch enemy, Vac Man, is back as a 14″ fully stretchable and poseable Vac powered action figure made by Character Options. 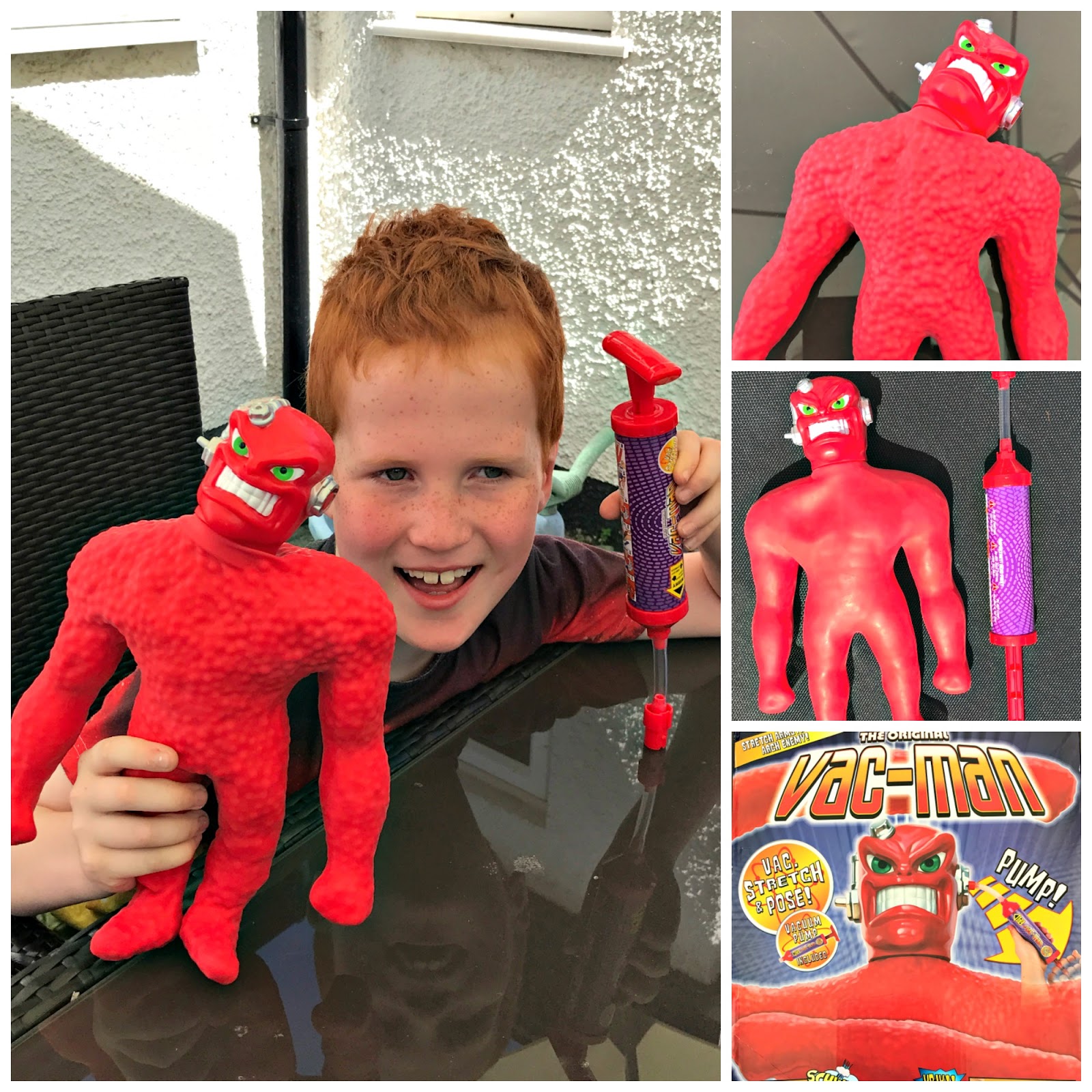 If you pump the air out of him with the vacuum pump (supplied), he can “set” into any pose you put him in! When you release the valve at the side of his head, he returns to his normal state.

You can pull him, stretch him and even tie him in knots – up to 4 times his size. 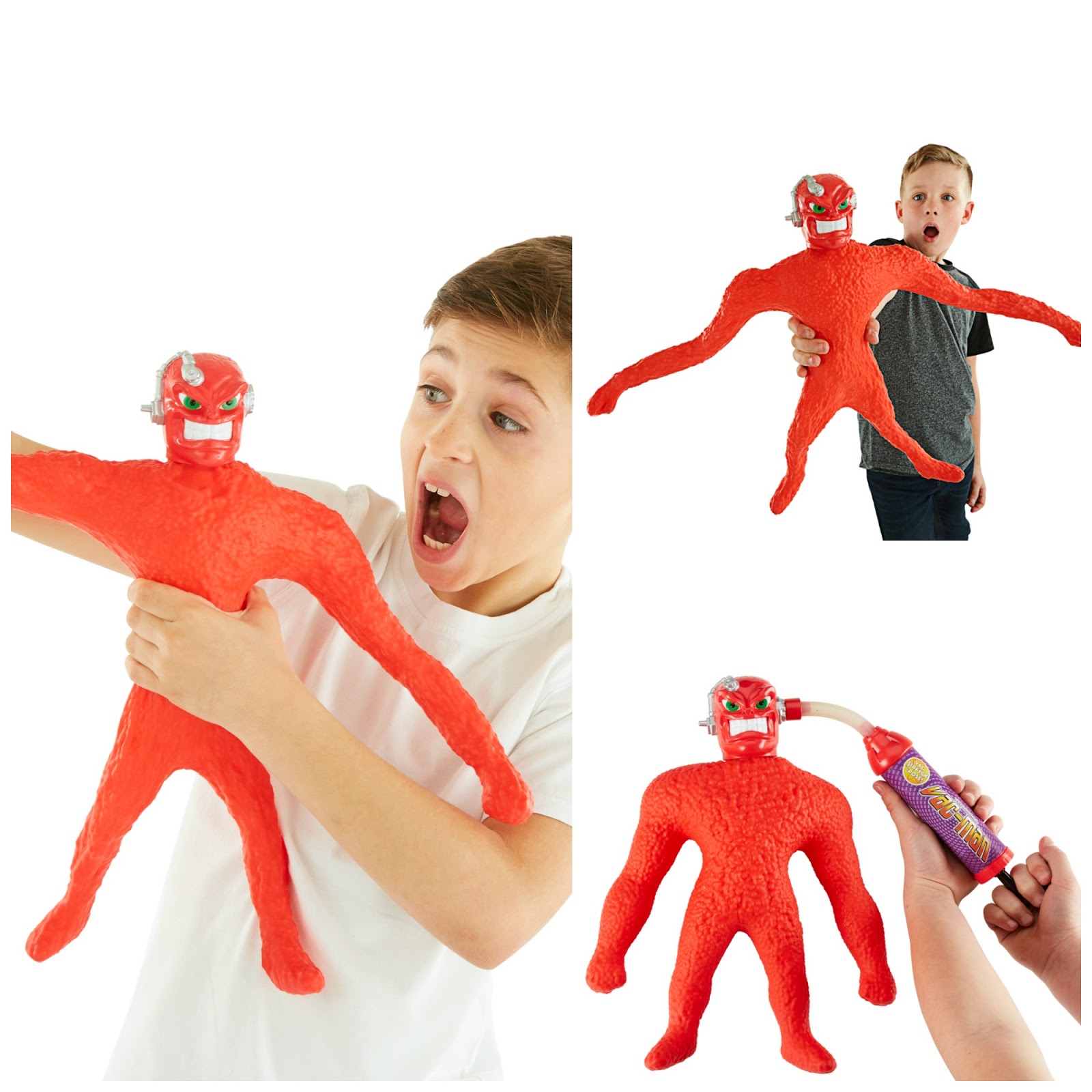 He’s a pretty sturdy toy and at 14″ he’s quite heavy.  The recommended age range is 5+ which is about right I’d say as kids need to be able to attach the vacuum pump to the side of his head.  This clicks into place easily enough but might take a few attempts to get the hang of.

You pump him around 6 times to get the air out and then you can put him into any fighting stance you fancy.

The ability to vacuum the air out of him and pose him lends an extra fascination to Vac Man, as does his beady insides!  Attractive he is not!

Press the valve at the side of his head and he becomes smooth and normal (relatively) again.

He retails at around £30 which we thought was a fair price for a well built and decent sized toy which will last for years.  Vac Man is certainly strong enough to withstand the full-on force of boys and girls like Ieuan and Caitlin.

You can find out more about the Vac Man toy at www.character-online.com where you’ll also find Stretch Armstrong, Fetch the dog and Octopus to help kids create their own stretchy role play.

And yes, Stretch does have an uncanny resemblance to a certain, um, president.  Here he is, doing his thing.