This week’s ‘outrage’ has been caused by shoe manufacturer and retailer Clarks’ effrontery.  They have designed a range of shoes for girls which look, well, feminine and called them names such as “Dolly Babe” rather than the manly, “Leader” range for boys. 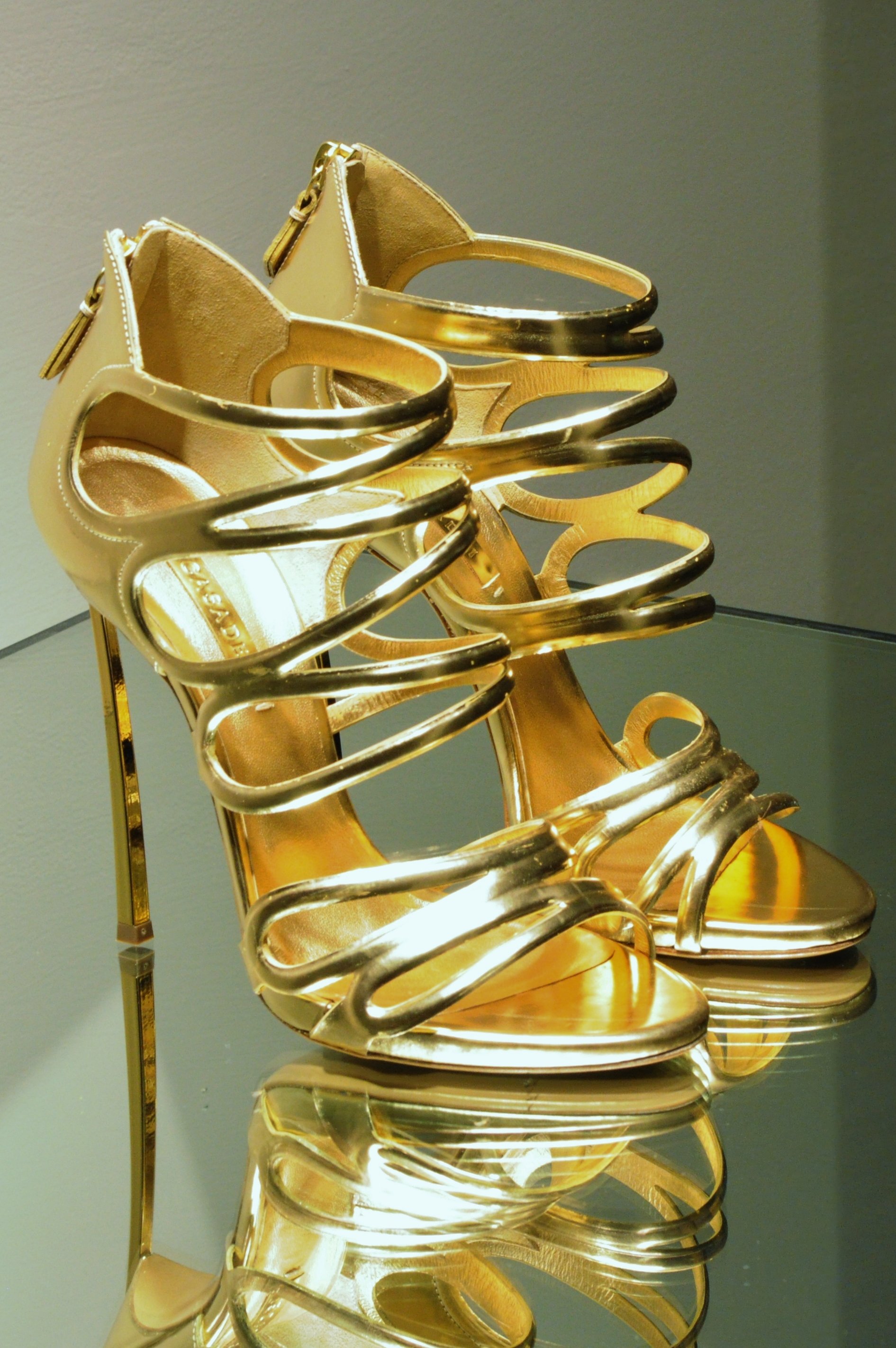 Would wearing these make you less powerful?

Is this insidious sexism, a sneaky cultural attempt to brainwash our daughters into accepting a lesser role in society? Shouldn’t we be putting them in Dr. Martens at 2 and teaching them to stomp their way into power?

To be frank, my issues with Clarks are more to do with the longevity of the shoe and the price, rather than the frothy design names.

It’s not as if Clarks is the only manufacturer of school shoes on the planet.  You can find them in most major supermarkets and department stores.

What Clarks do well is to measure and fit the shoe and I suspect this is the reason why many parents still visit them – even if it’s just to get their kids’ feet correctly sized.

I’d also have less problem accepting this feminist outrage if it were not for the fact that Jimmy Shoo, Manolo Blahnik, Dior et al seem to be rather light on the sturdier styles.  You couldn’t really kick a football around a playground in them, could you?

So where is the line drawn.  Do we say no to girly styles and names whilst our daughters are growing up and then just accept they will discover shoes with heels, glitter, feathers, beading and general frou-frou?

Perhaps the real issue here is simply one of choice.  All Clarks really needs to do is add a couple of sturdier styles to its range.

If we believe that the way we are dressing our kids is akin to programming them into the evil ways of girliness, I’d suggest that this belief is wrong.

Do the world’s most powerful women all wear flat shoes?

Where is Ariana Huffington’s discourse on the impact of footwear on a woman’s ability to achieve?

The most useful thing we could teach our daughters is to choose what makes them happy without giving a stuff about the name of the shoe.

And as parents if we object to feminine names, we always have the option to vote with our feet.