It’s been a summer of snacking.  You forget, don’t you, how much kids eat when they’re home from school and they demand constant variety at all hours of the day. 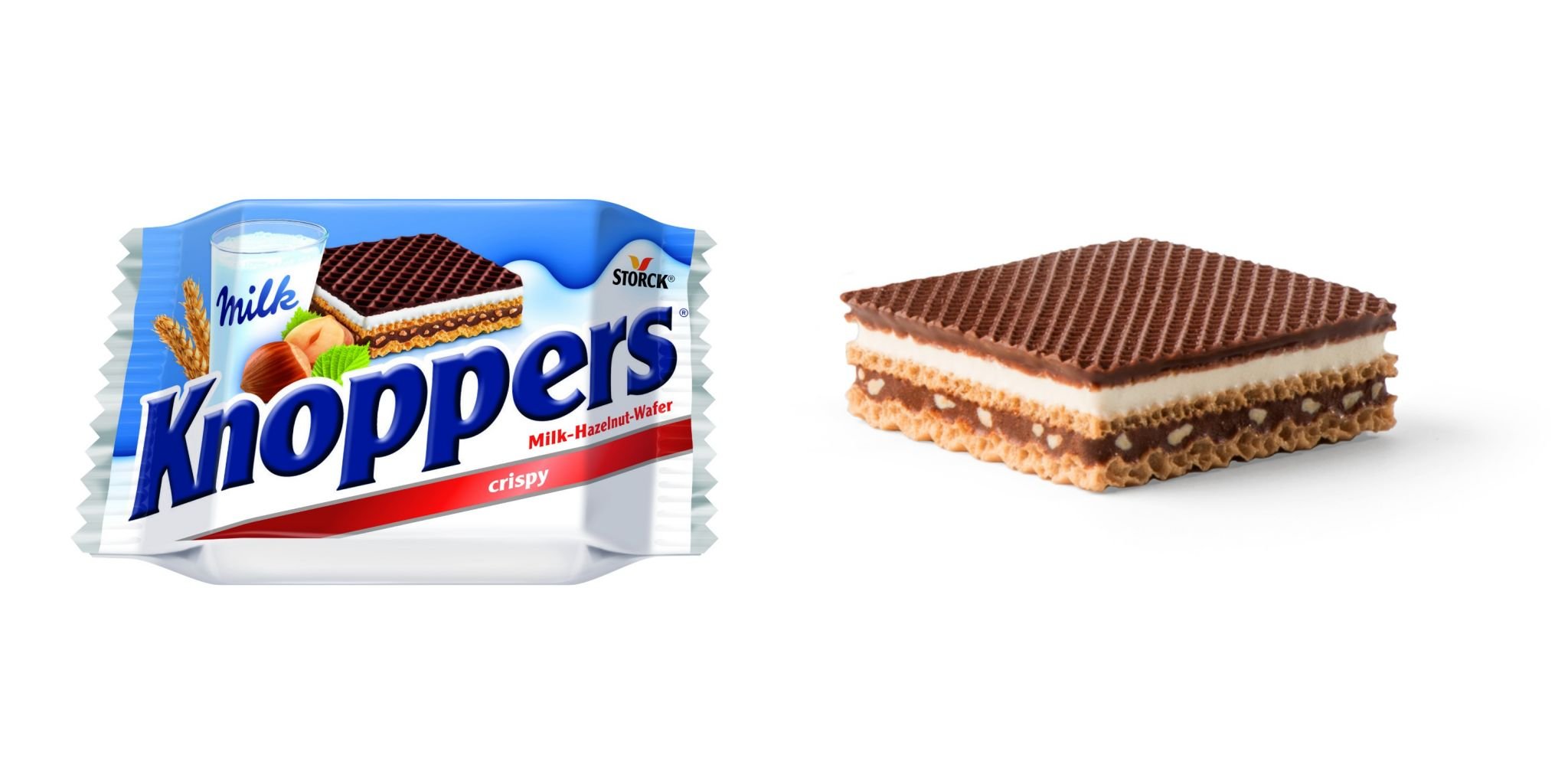 Whilst we try to get as much fruit down them as possible and to deny Ieuan his insatiable quest for crisps, there are times when you just want something that’s fun, tasty, not too calorific and preferably portable. 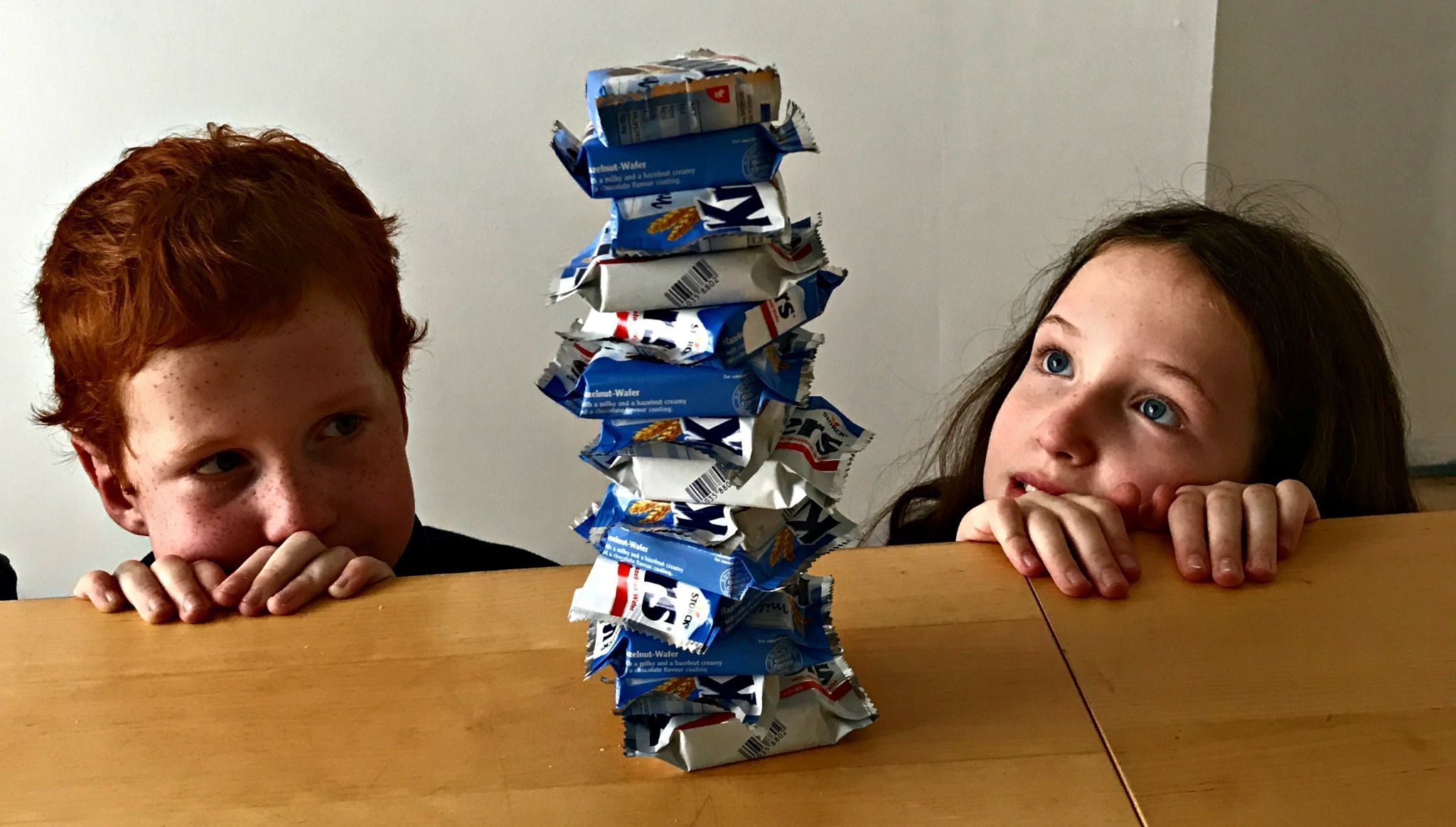 Plus, you’ll never be stuck if you can’t find the Jenga set.

I like my snacks to have a little pleasure built in.  My dad’s favourite biscuit, for example, is the Rich Tea. At the risk of sounding like Peter Kay, there’s little pleasure in one of those.

I am also occasionally guilty of using snacks to bribe the kids or to pacify them when it’s just too long a gap between meals – as happens every Friday when Caitlin has ballet. 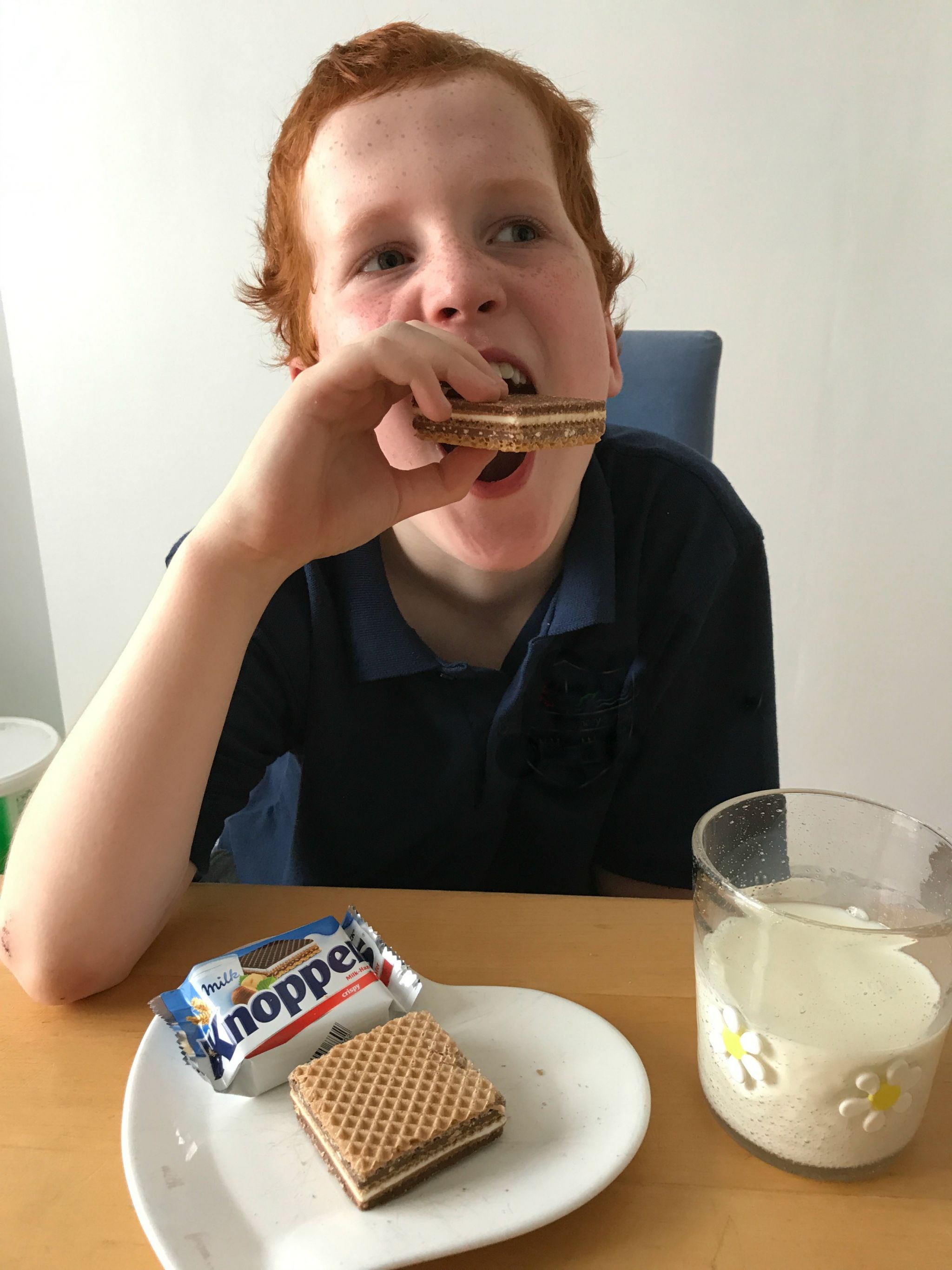 Ieuan is the personification of ‘hangry’ when his blood sugar’s down and we’ve learned to get him a glass of milk and something not too substantial but enough to fill his tummy.

Knoppers is a new crispy baked wafer biscuit with a milky hazelnut filling and a chocolatey wafer coating. It weighs in at a reasonable 137 calories (a four-finger KitKat is 250 calories) and each one is individually wrapped, ideal for slinging in your bag or the glove box of the car.

Knoppers wafer biscuits have already launched in 50 countries around Europe and are extremely popular so you may well have come across these if you’ve been lucky enough to travel lately.  But now they are over here and, judging by the taste, likely to be equally as popular. 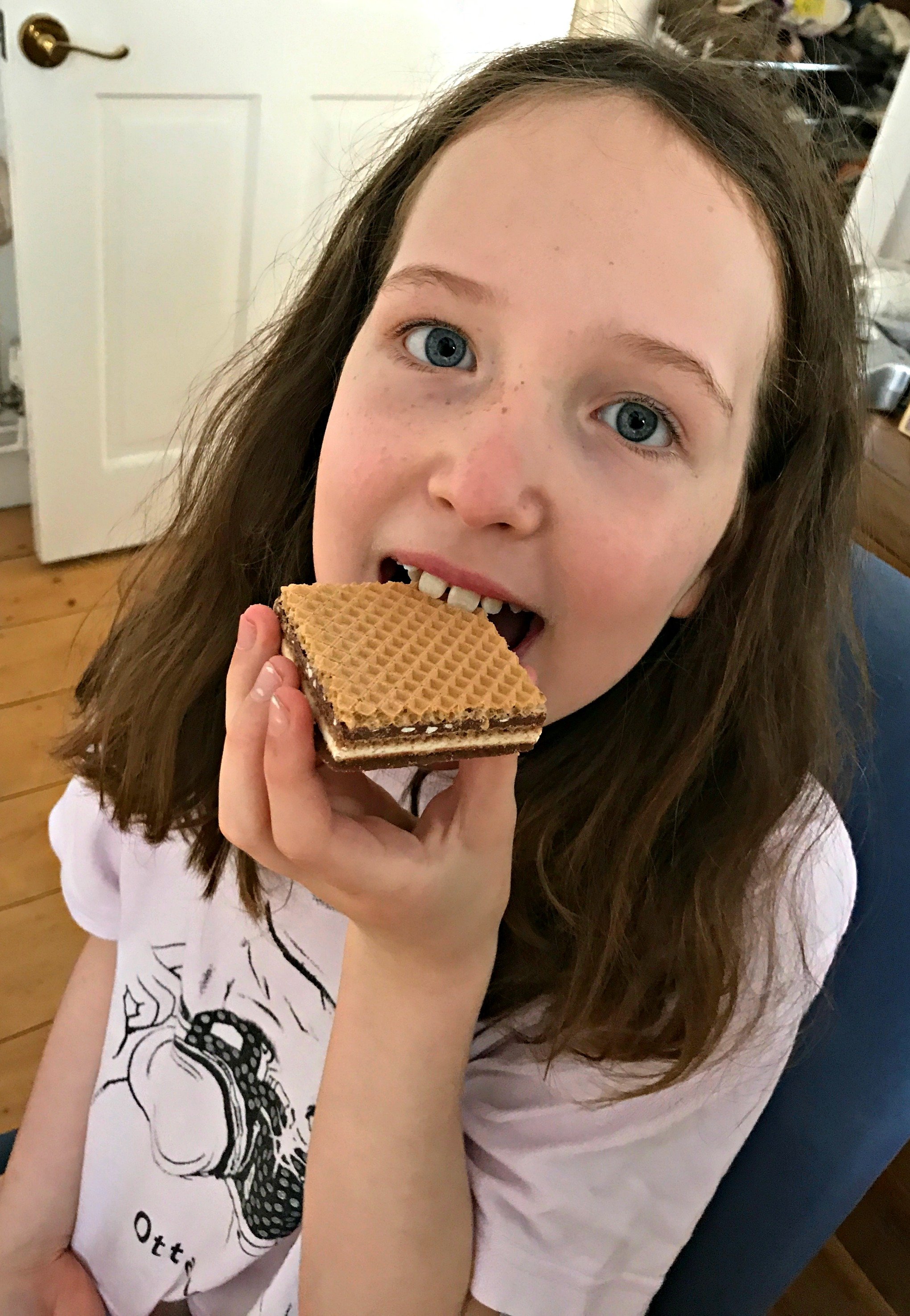 We all loved the taste of these and whilst Caitlin and Ieuan take them to Tae Kwon-do and ballet, the Husband throws them in his travel bag en route to the airport or London, where he spends most of his time.

Far better for him than succumbing to the Danish Pastries which apparently lie in wait for him at Cardiff Central Railway Station.  And, when he gets the train home, lots of the food places at Paddington are closed – unless you want a pasty.  Who said London is an international capital eh?

Knoppers is a more solid wafer biscuit than a couple of the rivals on the market and denser, with the filling running through the wafer, rather than being soft, piped in cream. You feel as if you have had a decent snack when you have one – although be warned, they are very moreish.

Have you tried Knoppers Wafer Biscuits?