Many of us love a beach holiday where we just spend the time unwinding on the sand but if you are looking for somewhere a little more off the beaten track in which to explore different cultures then why not consider Mexico. This need not mean compromising your need for comfort as there are plenty of luxury homes in Mexico where you can choose to stay. 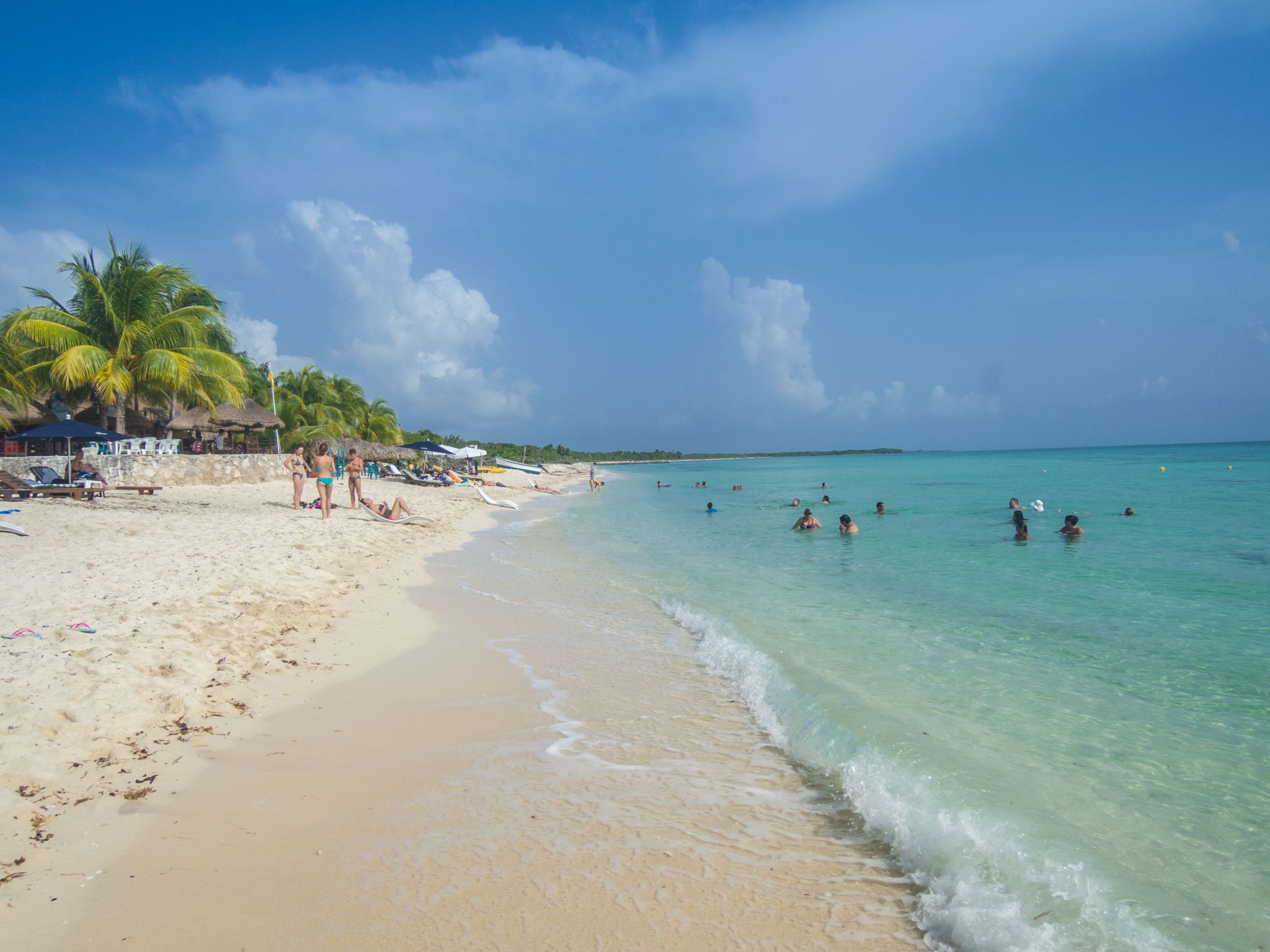 As well as its beautiful beaches, Mexico has a rich cultural and political history and this, together with its warm climate has put it firmly on the Hobbis family travel bucket list.

Mexico is officially the United Mexican States, a federal republic in the south of North America. Bordered to the north by the United States, to the south and west by the Pacific Ocean; to the southeast by Guatemala, Belize, and the Caribbean and to the east by the Gulf of Mexico, it covers almost two million square kilometers (over 760,000 sq mi) and is the 13th largest independent state in the world.

Here are just some of our must-see places in Mexico

Probably the most famous Mayan ruin, Chichen Itza has been declared one of the new Seven Wonders of the World. It is the site of the imposing El Castillo pyramid where the shadow of the plumed serpent god Kukulcan creeps down the staircase at the spring and autumn equinoxes). 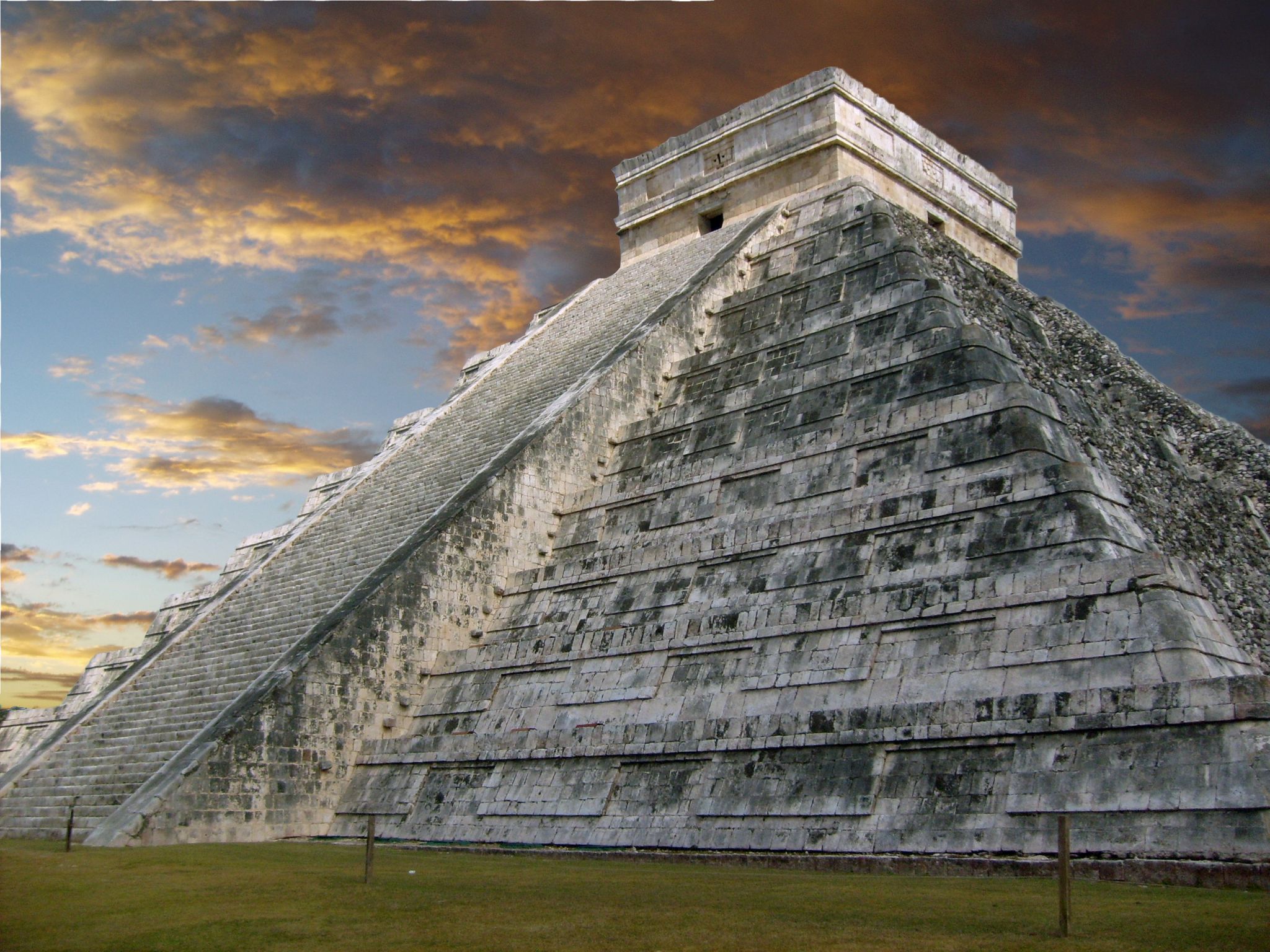 Chichen Itza was one of the largest Maya cities and it was likely to have been one of the mythical great cities referred to in Mesoamerican literature. The city may also have had the most diverse population in the Maya world, which might explain the variety of architectural styles you can find there.

Tulum is the site of an ancient Mayan walled city on the east coast of the Yucatan Peninsula, where the ruins are situated on 12-meter high cliffs above a white sandy beach and a turquoise sea. The main building is the large stone structure called El Castillo (the castle). 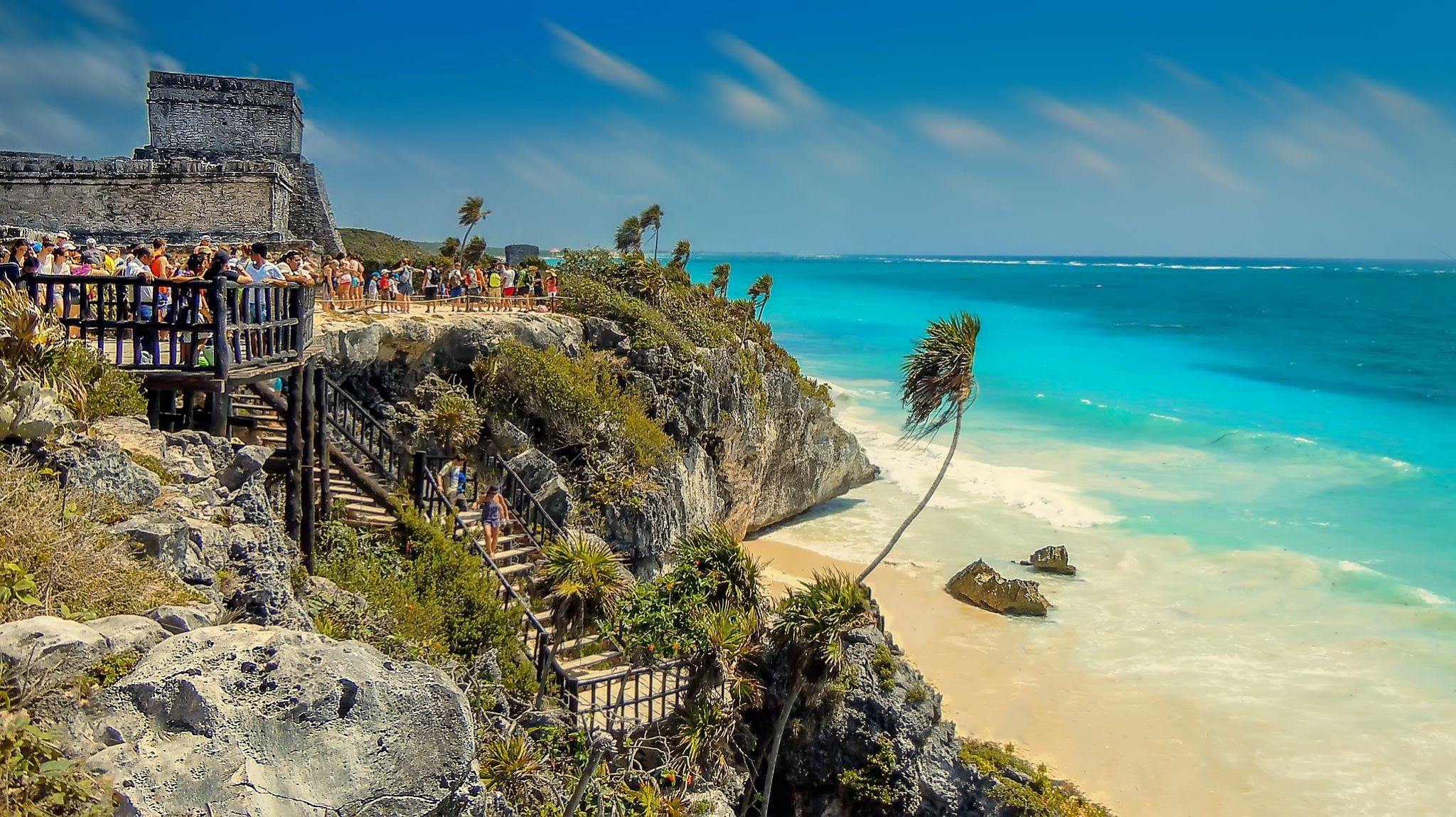 The port city was at its height between the 13th and 15th centuries and today is one of the best-preserved coastal Mayan sites.

Near the ruins is the Parque Nacional Tulum, a coastal area with mangroves and cenotes (natural limestone sinkholes).

If you’re a nature lover, from May to October sees the arrival of the turtle nesting season along the Tulum coastline.

At sunset, the mother turtles slowly make their way up the beach to lay their eggs, before carefully returning back to the sea.  You can also snorkel with the turtles at nearby Akumal.

Calakmul – The Lost City Of The Yucatan

Not as well known as the ancient Mayan cities of Tulum or Chichen Itza, Calakmul lies deep in the jungles of Campeche near the base of the Yucatan Peninsula.  Here you’ll find lots of snake glyphs in the limestone, giving the place its other name of Snake Kingdom.  Calakmul is also the site of the tallest known Mayan pyramid – Estructura II. 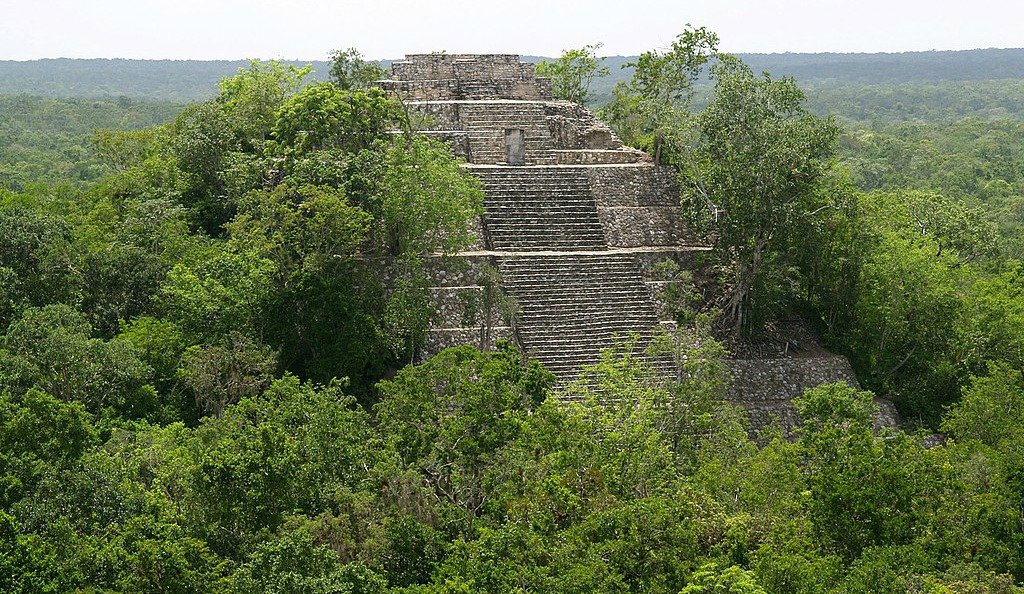 The city played a key role in the history of this region for more than twelve centuries and has many well-preserved structures which give a vivid picture of life in an ancient Maya capital. Calakmul also falls within the Mesoamerica biodiversity hotspot, the third-largest in the world, encompassing all subtropical and tropical ecosystems from central Mexico to the Panama Canal.

Excavations at Calakmul have discovered stucco friezes and mural paintings in some of the massive temple pyramids and palaces, as well as burials of kings and nobles.  Their tombs were found to contain such artefacts as body ornaments, elaborate jade masks and pottery.

Xochimilco
Next on our list of must-see places in Mexico is Xochimilco.  This is the site of the last remains of the canals and floating gardens of Tenochtitlan, the Aztec city described as the Venice of the New World by the Spanish conquistadors. 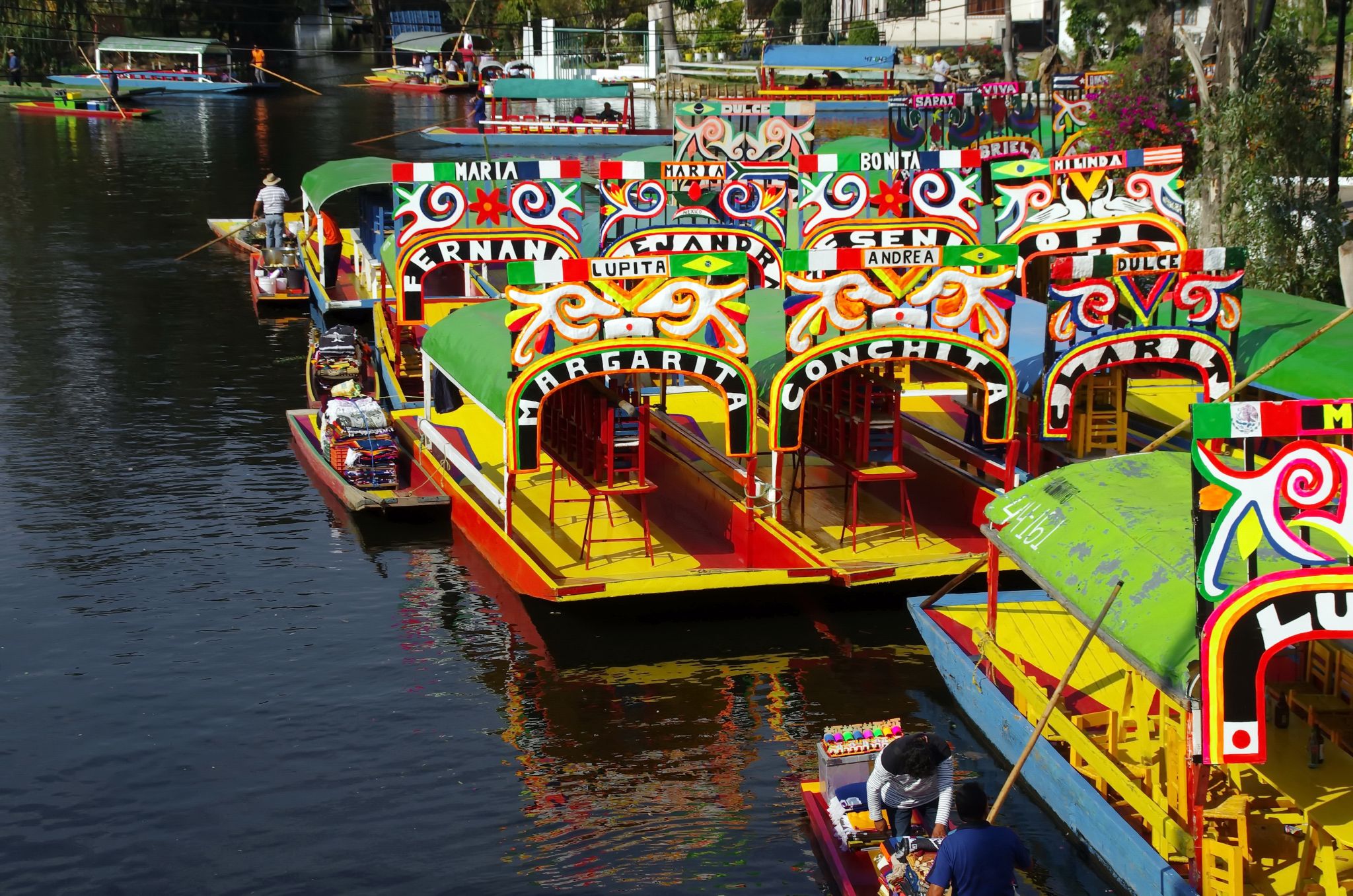 Declared a World Heritage Site in 1987, Xochimilco is set in the middle of a colossal city where colour is everywhere. You can walk down market aisles full of iris flowers or float along the walled canals lined with gardens and trees on brightly painted traditional flat bottomed boats called trajineras. There are small artificial islands, called chinampas, which flowers, vegetables and ornamental plants are grown.

There is also somewhere I don’t think I’d want to visit – “The Island of Dolls“!  After a two-hour canal trip, you arrive at a clearing deep in the woods where thousands of mutilated dolls hang from the trees and hide among the dense branches. 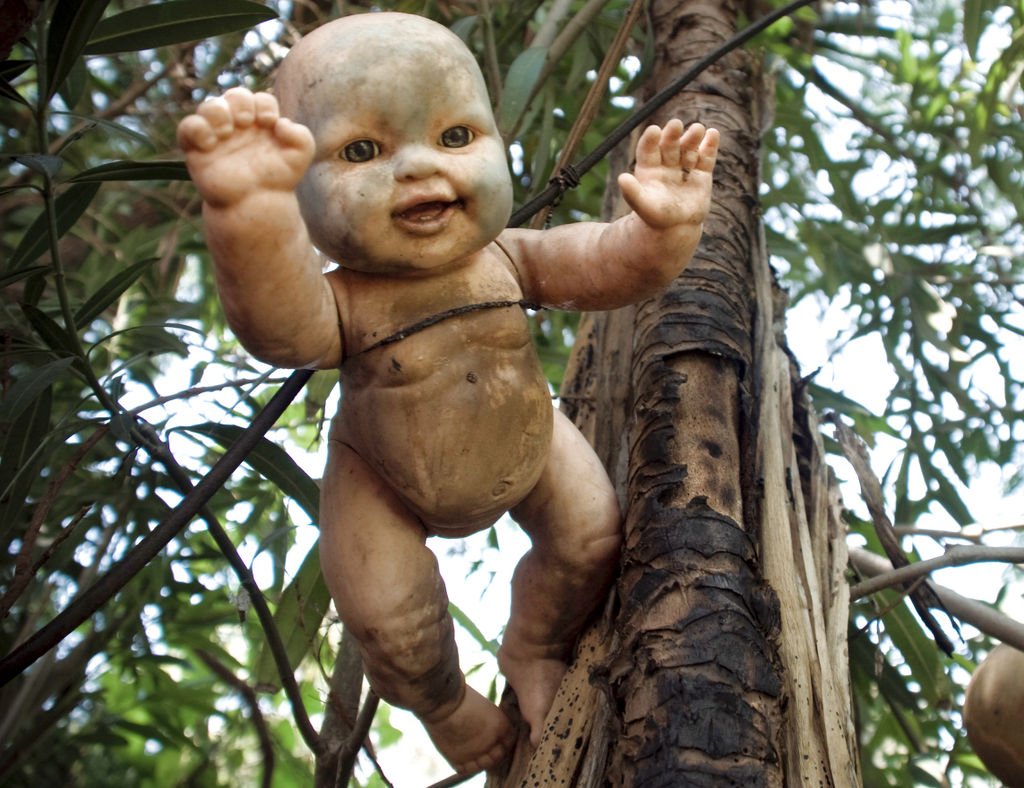 They were put there by a reclusive Mexican man who believed they would appease the troubled ghost of a small girl who died there over 50 years ago – and still haunts the woods today.

Mexico City is ringed by mountains and is one of the world’s largest metropolitan areas.  The city is known for its 13th century Aztec temple, Templo Mayor, the baroque Catedral Metropolitana de México of the Spanish conquistadors and the Palacio Nacional, where you can find historic murals by Diego Rivera. These landmarks are all situated in and around the Plaza de la Constitución, the massive main square also known as the Zócalo. 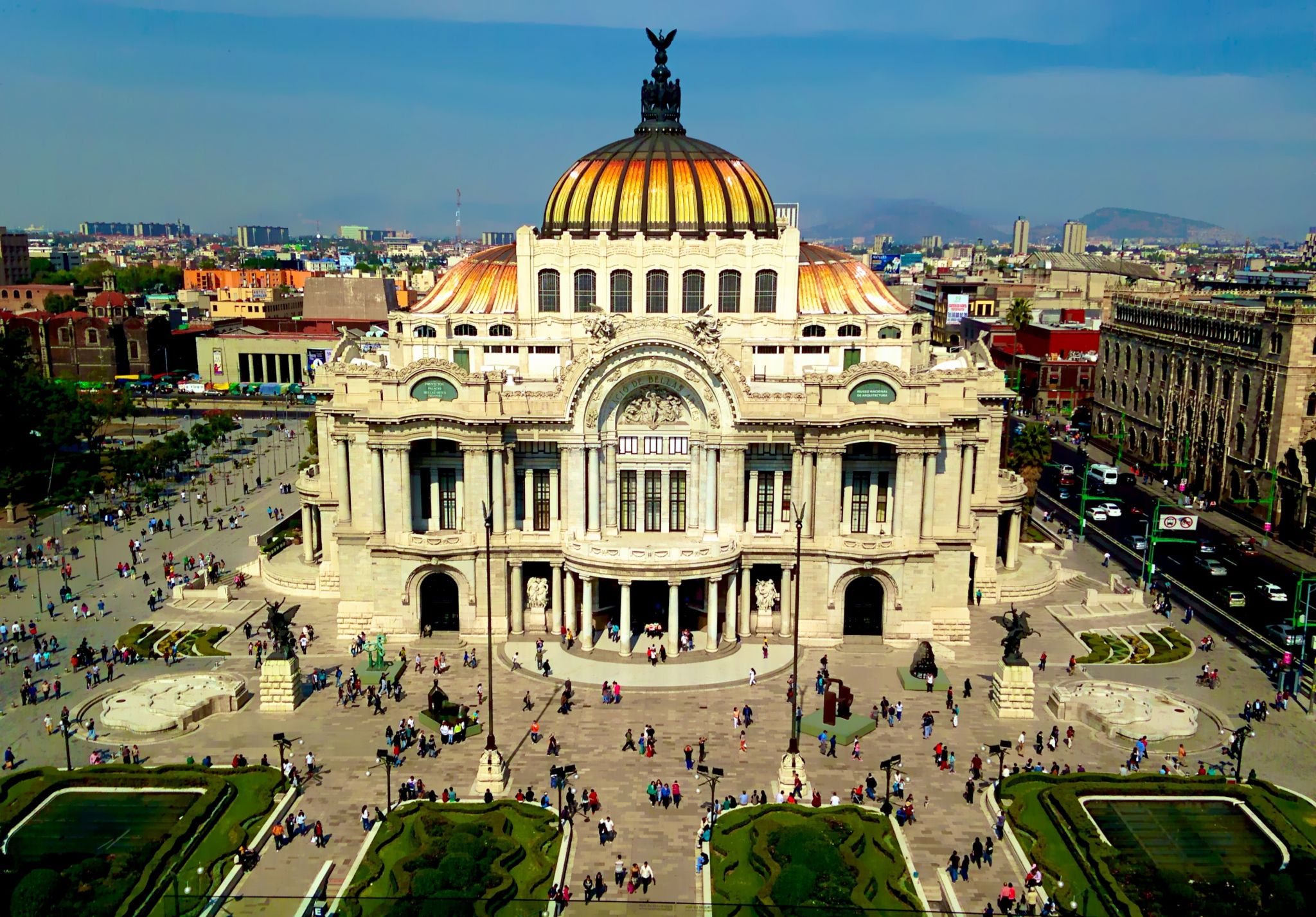 We’d love to go there in November because on the 1-2 of that month it is Dia de Muertos (Day of the Dead) where families honour their departed loved ones by building altars and adorning them with marigolds, candles, sugar skulls and tequila.

Are any of our must-see places in Mexico on your list?
Pin for later: 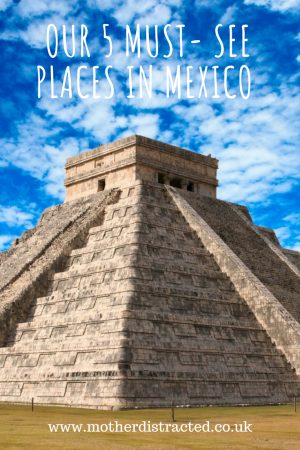