Christmas is just around the corner now and if you’re haven’t done your Christmas shopping and you are still looking for presents for your kids (and any big kids), you’ll love this one. Meet the Xtrem Bots Trooper Bot.  He’s a hi-tec infra-red robot with 50 programmable actions, arms control and the ability to shoot missiles.

He talks, he dances and even moonwalks. 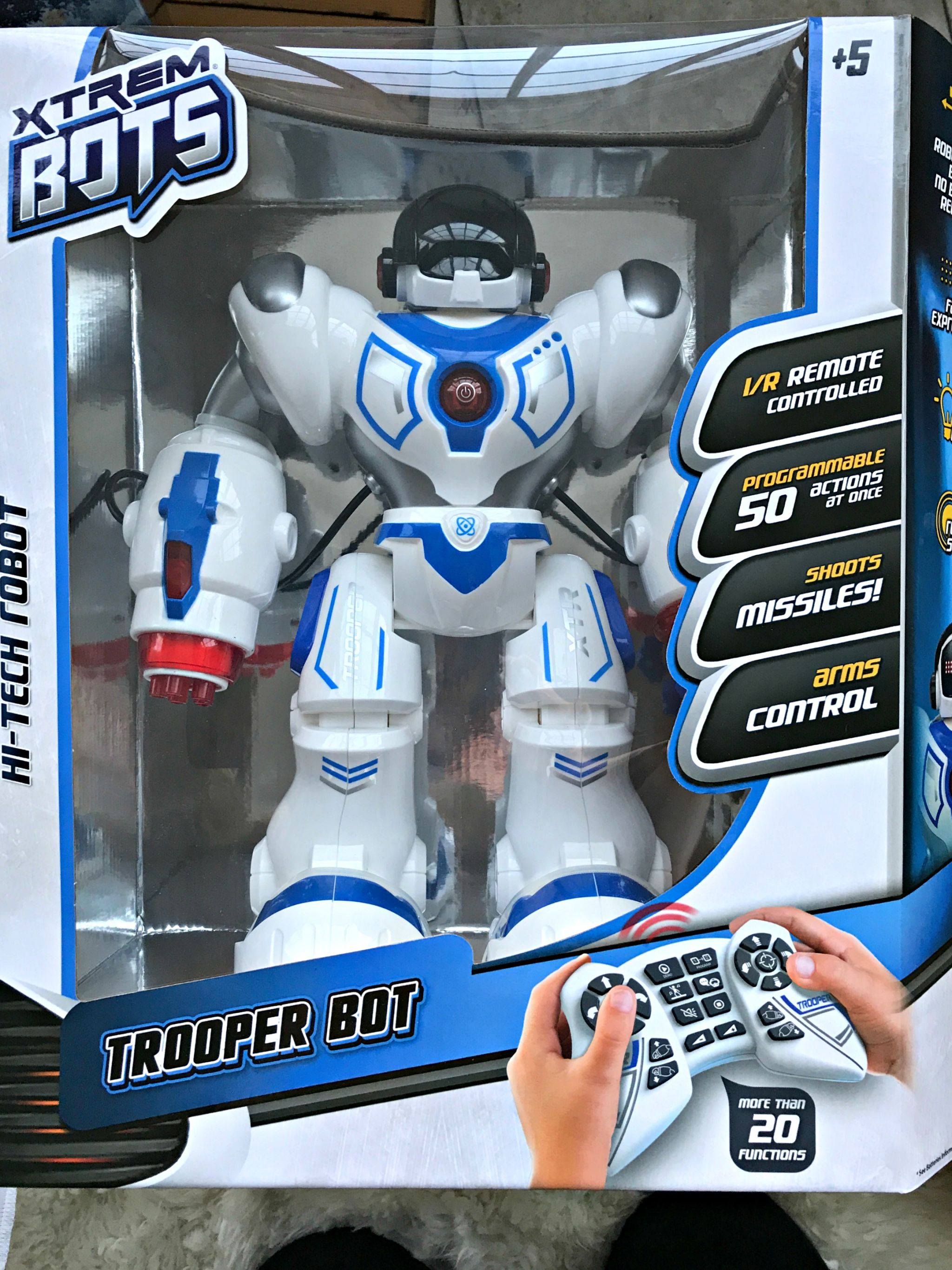 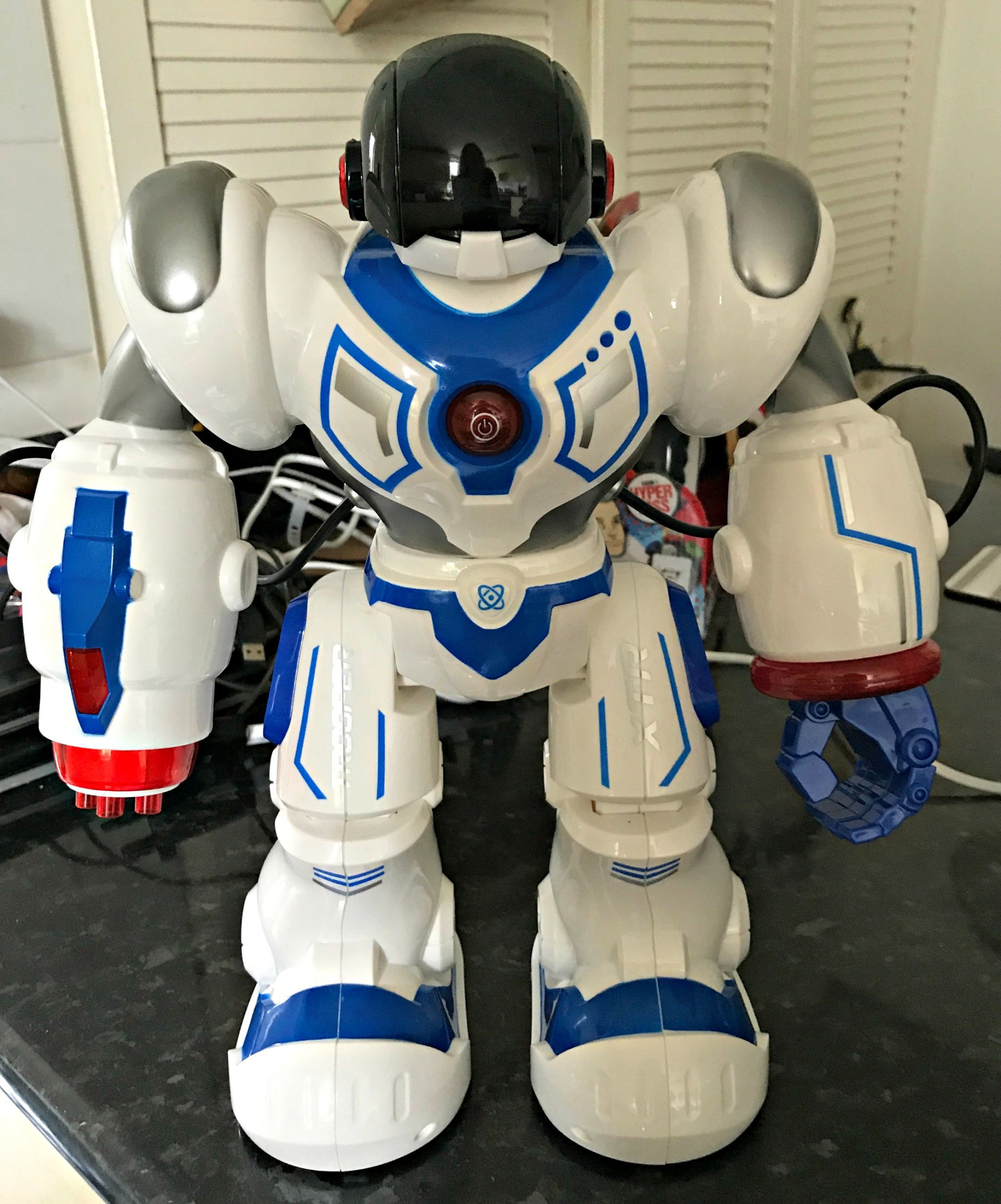 Trooper Bot has multi LED eyes giving a number of different facial expressions which make you wonder what he’s thinking! He is a big toy, standing at over 35cm tall and he comes ready charged which is a great bonus.

You get a USB cable to recharge him and 5 missiles to shoot which click into the missile carrier on his arm.  He is controlled using a very clearly set out hand-held remote.

The infra-red transmitter reaches a range of more than 5 metres which is pretty generous and great for extended play. 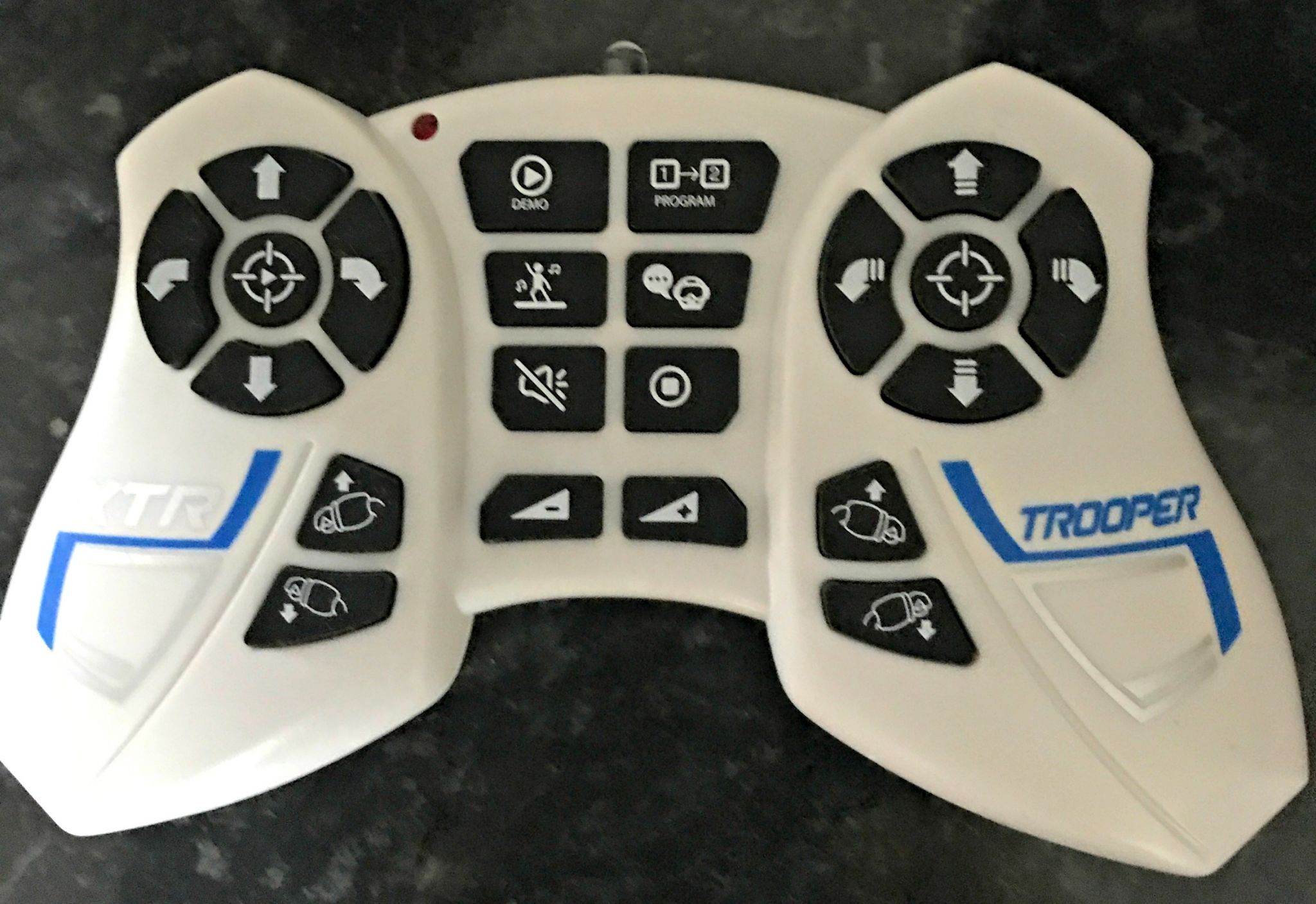 The Xtrem Bots Trooper Bot was easy to get out of the box and the only thing we had to do was put in 2 AA batteries before we could start getting to know him. (You will need a screwdriver).

He shoots by firing his missiles from the missile launcher built into his arm and you take aim and fire using the infrared remote control. He has his own celebratory dance for when the battle has been won.

Xtrembots Trooper Bot is designed for ages 5 years and up but we all enjoyed him. He has his own language which makes as much sense as when the Husband explains Excel spreadsheets to me but, you know, he’s company (the robot, not so sure about the Husband).

The robot is easy to recharge too – just use the USB charger cable with a power pack, PC or wall socket. There is a small charging light on the back of the toy which goes off when he’s fully charged. Generally charge lasts for around 2 hours.

The Xtrem Bots Trooper Bot is a great toy  for ages 5 and up and has an RRP of £59.99.  Available from Amazon and other toy stores. 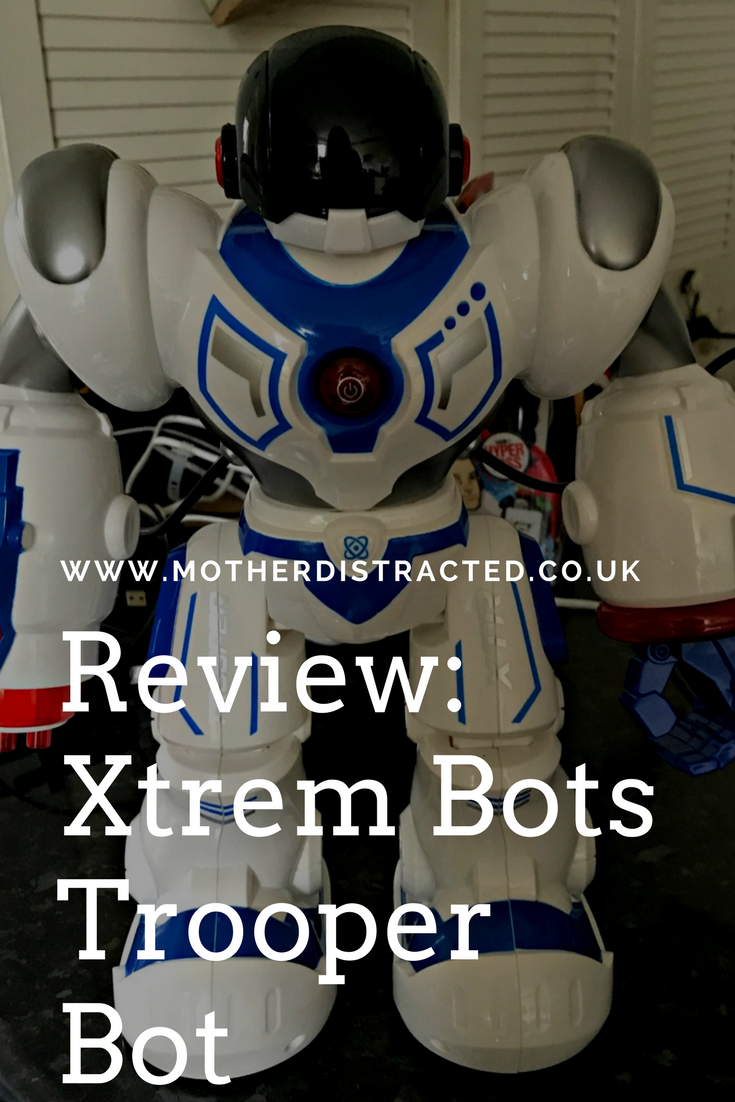