How good are you at dealing with guilt?  I ask because a recent study by the firm Intrepid Travel discovered that the average Brit feels guilty for six hours and 36 minutes every week. 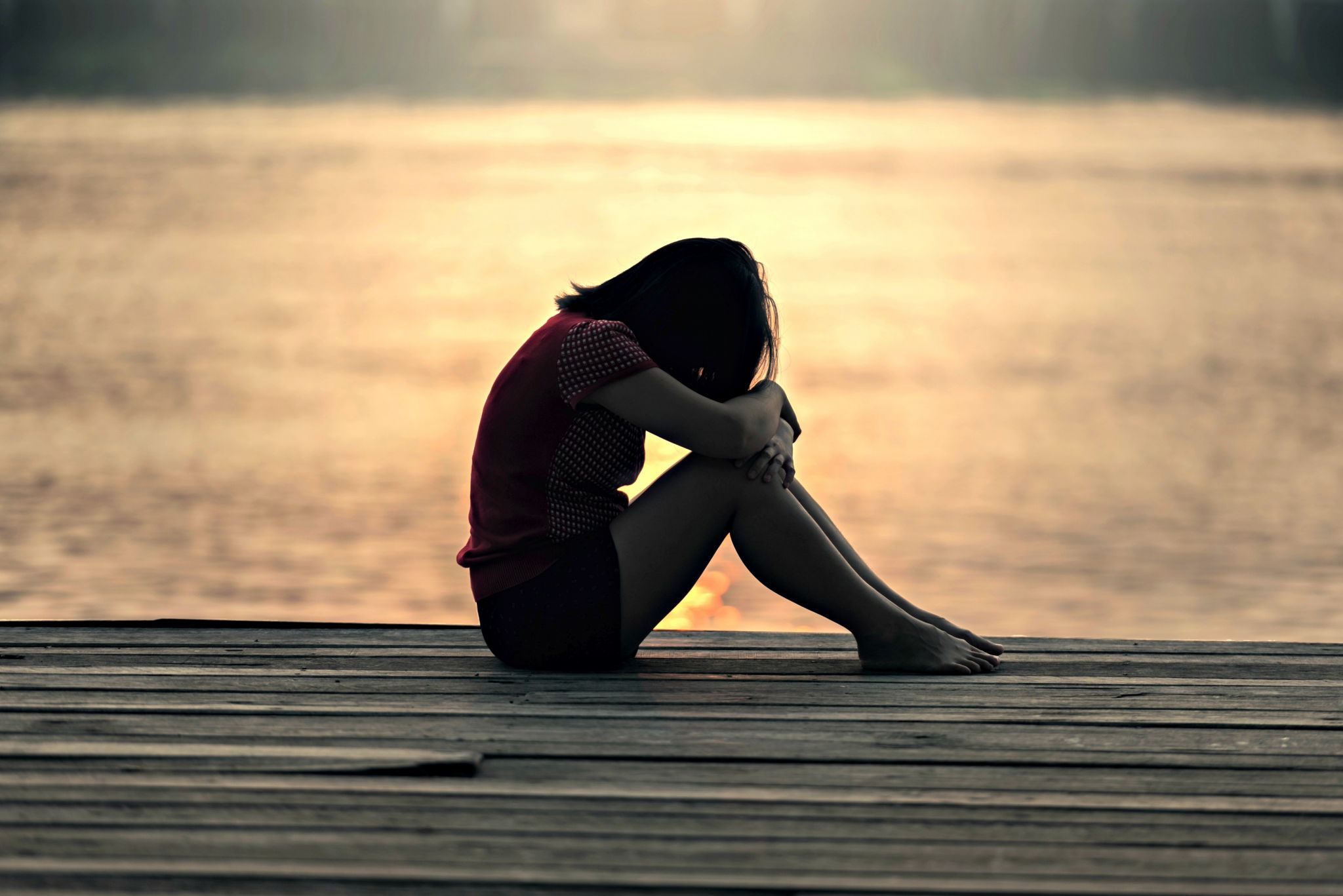 Presumably, they didn’t ask mums because I spend far longer than that berating myself for everything I’ve done that might have upset someone, somewhere even prior to giving birth.

Guilt is the evil twin of worry.  Guilt lets us fret over things that occurred in the past whilst worry can paralyse us with fear about the future.

Small wonder, then, that living in the present and mindfulness are rapidly becoming the self-help tool of choice to support our mental health on a daily basis.  Mindfulness techniques are something that even children can benefit from by the way.

The 2000 adults polled said guilt struck on three occasions each week with the feeling lingering for more than two hours each time.

Giving in to a craving was the most common guilt trigger while not keeping in regular contact with relatives was a close second.

Breaking a diet, not calling friends you’ve been meaning to, and accidentally being rude to someone also regularly leave us feeling contrite.

Other reasons for guilt included not tidying up, getting a taxi and getting a takeaway, along with gossiping, deliberate rudeness and not going to the gym.

Then there are bad habits which leave us feeling guilty, with swearing, eating chocolate, procrastinating and snoring among the most common.

The study did find, though that one in three turn guilt into a positive by learning from their mistakes and almost half do try to atone for their misdeeds by giving something back – for example by donating to charity, helping the homeless or helping a family in need, leading to around 48 per cent claiming to have a clear conscience.

Here are the things we Brits most like to reproach ourselves for according to the study.

1. Giving in to a craving
2. Not calling family enough
3. Breaking a diet
4. Not calling friends enough
5. Accidently being rude to someone
6. Not tidying up
7. Cancelling on a friend
8. Getting a takeaway
9. Gossiping
10. Being rude to someone
11. Not going to the gym
12. Leaving a pet at home
13. Lied to a partner
14. Spending a day in pyjamas
15. Lied to family
16. Not recycling
17. Lied to a friend
18. Asking someone to do you a favour
19. Not showering/washing
20. Leaving a small shop/market without buying anything
21. Not taking your advice
22. Forgetting manners
23. Pretending you’re working
24. Accidental queue jumping
25. Hitting the snooze button

Nothing in that list about parenting.  How about not giving your kids full attention, texting when you should be listening to them, shouting at them, never making time for ‘messy play’, never baking with them, reading a bedtime story, talking out for walks even when it’s raining?

I don’t know about you but I can easily come up with a much longer list than that!

But if you are regularly bitten by the guilt bug there is an answer.  I am regularly asked just this by readers of my problem page.

Guilt is an emotion and like all emotions, it’s not one that can be squashed.  Far better to acknowledge what it is that is making us feel guilty.

Dealing with guilt doesn’t have to be done in a way that makes us feel worse.  Acknowledging these feelings should be part of our regular self-care routine.

Lots of us though, are particularly bad at prioritising time for ourselves.  We run around keeping everyone else happy whilst denying our needs and priorities.

So if you have been bitten by the guilt bug, how should you approach it?  These are the questions you need to ask yourself.  Why not write your answers in your journal or diary and then over time you will be able to see if you have managed to find a solution and how far you’ve come.

What exactly am I feeling guilty about?

Most of the time we can answer this question easily but it’s worth being specific.

It’s not until you drill down into the problem that you can decide i) what the problem is and ii) whether you should be feeling guilty about it at all.

Will anyone else think it’s a problem?

Has anyone else mentioned it?  Is it a guilty secret that you know will cause problems if others find out about it?  Is it really a problem, or one of a long list of ‘shoulds’ that we (particularly mums) insist on carrying around like a badge of honour?

How is it affecting those around me?

If it’s a serious problem then the answer will be obvious.  If you are having an affair then odds are at some point it will affect your partner and kids.

If you have a shopping addiction, sooner or later, you’ll default on the mortgage and risk repossession.

If you are eating/drinking/smoking too much then the effect on your health will have an impact on your family too.

Can I cope with this problem alone?

I’m a firm believer that talking helps almost all problems and we do not need to carry our personal problems alone.

If you have nobody to talk to there are plenty of counselling organisations and helplines out there to help with almost any problem.

On Facebook, for example, there is a group for almost any problem you can think of – particularly health-related ones – where you will find like-minded souls and have the space to vent and express yourself without judgement.

What solutions are open to me?

I think we need to recognise that there is often more than one solution to a problem and also that if we are carrying long-term guilt, it is not something we can be rid of overnight.

If others are being affected by the cause of your guilt then they need to be part of the solution too.

Sitting down with them to talk and be completely honest is the most practical solution if that is a possibility for you.

Again, you may need professional help to craft a solution – a lawyer, a debt counsellor, a doctor for example.

What can I do to feel better right now?

We can usually cope with our problems a lot better if we are being kind to ourselves.  This does not mean rushing out and treating ourselves (especially if we are feeling guilty about spending).

Better still, why not do something to give back and benefit others.

The travel company survey also revealed the top 10 ways in which Brits give back and none of them involves spending money.

Top 10 ways in which Brits give back

1. Recycling
2. Donate to charity
3. Donate to charity shops
4. Greet people with a smile
5. Help a friend in need
6. Always be thankful to those around you
7. Help family in need
8. Compliment people
9. Tell the people around you that you love them
10. Celebrate other’s success

There are loads of things you can do for a ‘feel-good’ hit, for example swopping your usual coffee and tea capsules for fairtrade ones.

Why not have a sort out of all the kids’ toys and books and bag them up for the local charity shop?

If you have time on your hands why not try volunteering for a few hours a week?

Generally, when we spend less time worrying about ourselves and our problems, and helping others with theirs, things get a lot better. Dealing with guilt is less of a challenge.

Guilt is an unpleasant emotion to carry about as it sucks all the joy out of life.  Ask yourself the questions above to determine whether it is something you should be carrying and work with others to find ways to put it down for good.

And, if the guilt isn’t really yours to carry, I’d also suggest handing it straight back to the person who should be dealing with it. 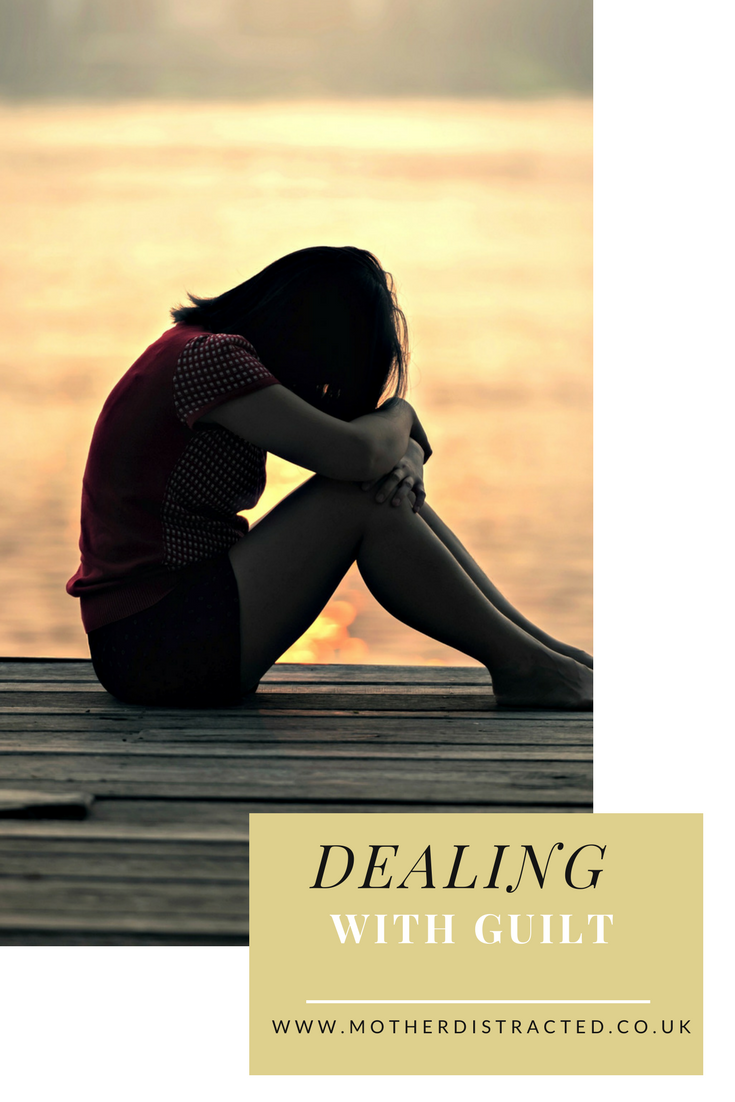