It dawned on me the other day that the reason for my (comparative) inertia when it comes to grabbing the bull by the horns (or indeed any other colloquialism for getting off your backside and acting), is that I have probably been suffering from anxiety for most of my life. 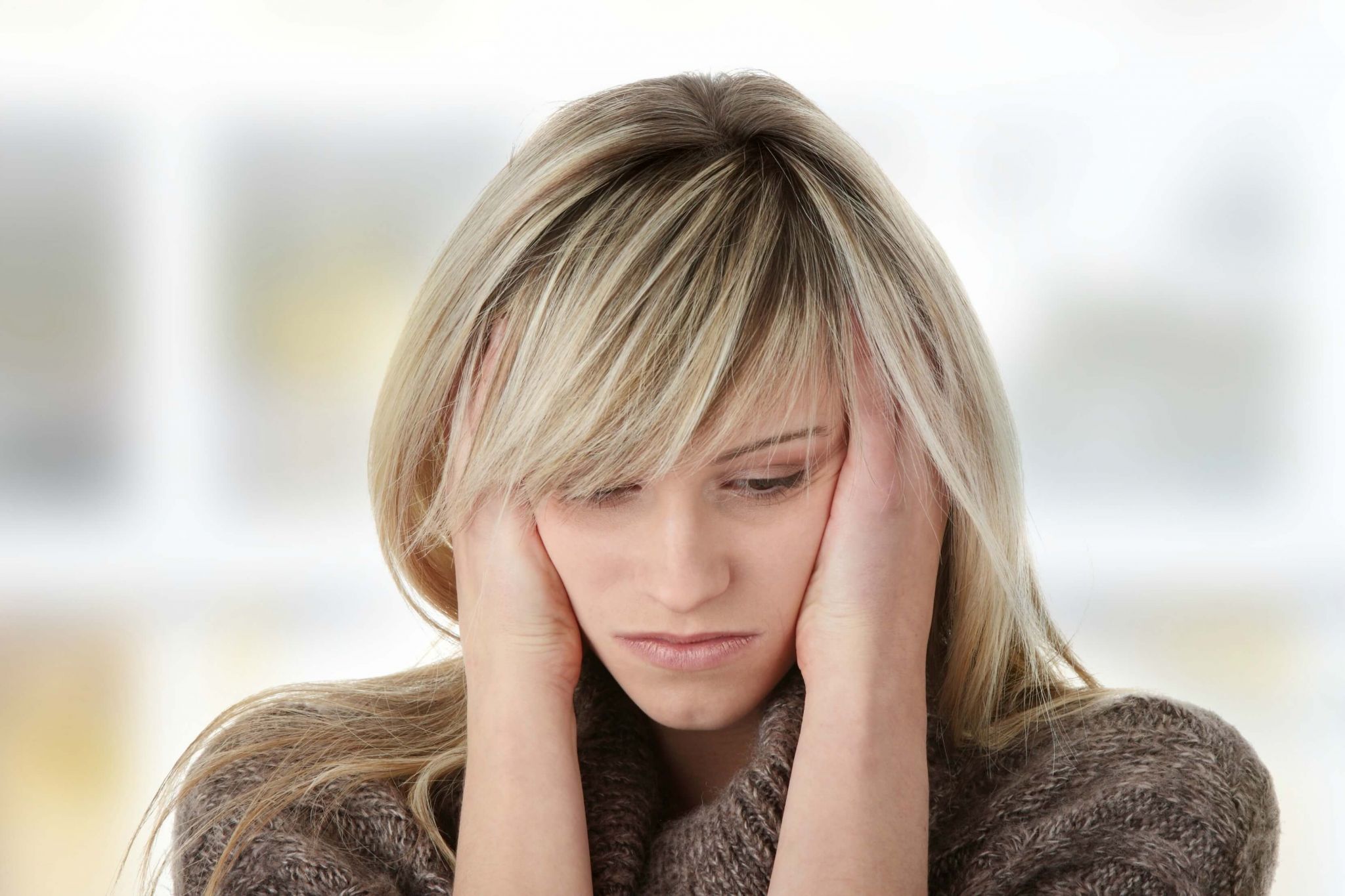 I carry a vague sense of unease around with me most of the time.  I’ve even given it a name – “The Fear”.  It is a shapeless, amorphous blob which lurks behind doors and curtains and casts a shadow on the gloomiest day.

I could write a list of things that could have triggered it.  But, you know, nobody lives to the age of 53 without having had something unpleasant happen to them, a loss, a scare, a disappointment.  That is, to quote one of my mother’s more annoying truisms, “all part of life’s rich pattern”.

I carry “The Fear” around with me most of the time and it makes itself known in strange symptoms like my “glasses thing” (or OCD), my inability to leave fluff on the carpet (whilst being completely able to ignore dusting), my requirement for absolute darkness and silence at night.

Anyone who leaves the empty cardboard tube from the toilet roll on the floor of the toilet feels my wrath.  I cannot bear wet towels on beds, shoes on in the house, toothpaste lids left off.

It’s all about control.

And, more specifically, controlling “The Fear”.

Lots of us, of course, would medicate it away somehow.  Or read endless self-help tomes (“When I loved myself enough to knit my own yoghurt”).  Or seek therapy. (And how does that make you feel? Well, crap, actually).

We are all battling the human condition and (to quote mum again), we all have our cross to bear.

There’s one of those motivational postcards I often see on Facebook which says something like “be kind because everyone is fighting a battle we know nothing about”.

I suspect that is entirely true.

Which means some of us have developed more effective strategies for dealing with “The Fear”.

Or are we so far in denial we think we can get to Narnia through the wardrobe.  (You can’t, I’ve tried).

Perhaps this is why there are so many videos of cats doing, well, cat things.

I love that quote about cats by the French Renaissance writer Michel de Montaigne (1533-1592) who said:

(When I play with my cat, who knows if I am not a pastime to her more than she is to me?)

Cats really don’t, to use the vernacular, give a stuff.  They do what they want and bugger the consequences.  In fact, most cats would sniff, scag your tights with their claws and then say”what consequences” whilst yawning.

Montaigne also said “There is no passion so contagious as that of fear” and “The thing I fear most is fear”.

And that’s the thing about anxiety too.  You get anxious about whether you’re anxious. And then you are.

I often theorise that lots of ‘odd’ behaviours are simply displacement activities to avoid looking within and admitting that you are anxious.

Lots of us simply hide away.  Or leave parties early.  Or ‘forget’ to turn up at all.  That old saying about “always finding me in the kitchen at parties” is a neat metaphor for social anxiety.

You’ll always spot the anxious at children’s parties because they’ll be the ones clearing up the remnants of sausage rolls and half-eaten pizza armed with black bags and an air of determination not seen since the Blitz.

The anxious will always give themselves away by hating things that everyone else likes – just in case they have to join in. Christmas?  Too commercial.  Ditto, Valentines Day. Any major sporting tournament, big event in the social calendar, spontaneous knees-up… “I can’t be bothered with all that”, they’ll say.  ” All that fuss and unnecessary expense”.

Hell would be joining the Parent Teachers Association.  Or being invited up on stage during a live show.  Management ‘team’ games, ice-breaking exercises, karaoke – no thank you!

We anxious ones always stand apart like statues.  We avoid eye contact.  If someone speaks to us, sometimes it’s so surprising we actually jump.

The thought of upsetting someone and having to deal with the consequences is always far scarier than standing up for ourselves, claiming what’s ours, demanding to count.

It’s a shame there’s no secret handshake to announce you are suffering from “The Fear”.

Social Media is very fond of urging you to find your “tribe”.

My tribe would be named (and this is one of my dad’s favourite jokes), the “Elawi”.  Ask them where they are and they say “we’re the Elawi” (where the hell are we)?

Since I’ve had “The Fear” for well over 40 years, I guess I had better get used to it.

And as a parent, the last thing I want to do is pass it on to the kids.

Kids have superheroes to help them synthesize their fear, to give them role models for, to quote Percy in one of my favourite historical sitcoms, Richard Curtis’ Blackadder, “putting ice cubes down the vest of fear”.

Perhaps in later life we just need to say “sod it – The Fear is part of me.  It is who I am”. Perhaps acknowledging the intruder will take away a little of the horrid antsy, unsettled feeling. Perhaps, after all, we just need to put the welcome mat out for anxiety and some days, just some days, it may go and visit someone else for a change.

The late Helen Gurley Brown, founder and later editor in chief of Cosmopolitan Magazine said that when she was upset she would lie on her sofa with her cat and talk it out, a bit like a court hearing.  I did this, he said that and so forth.  She would do this until she felt better.

I think I want to get another cat. 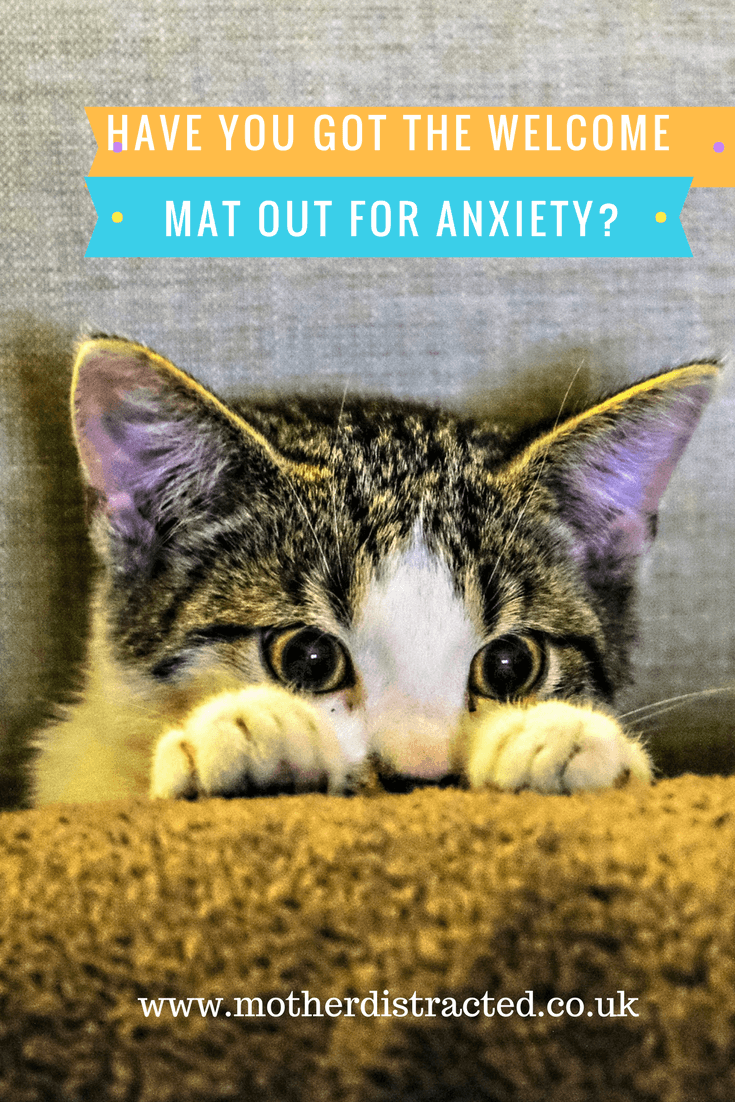