In problem page edition 5 of 2018 from your online relationship coach – when your ex still has your picture on her internet profile, when your boyfriend leaves you because he thinks he is a ‘loser’ and whether it’s OK for a guy to let other women sit on his lap, even though he has a girlfriend who nobody else is allowed to touch. 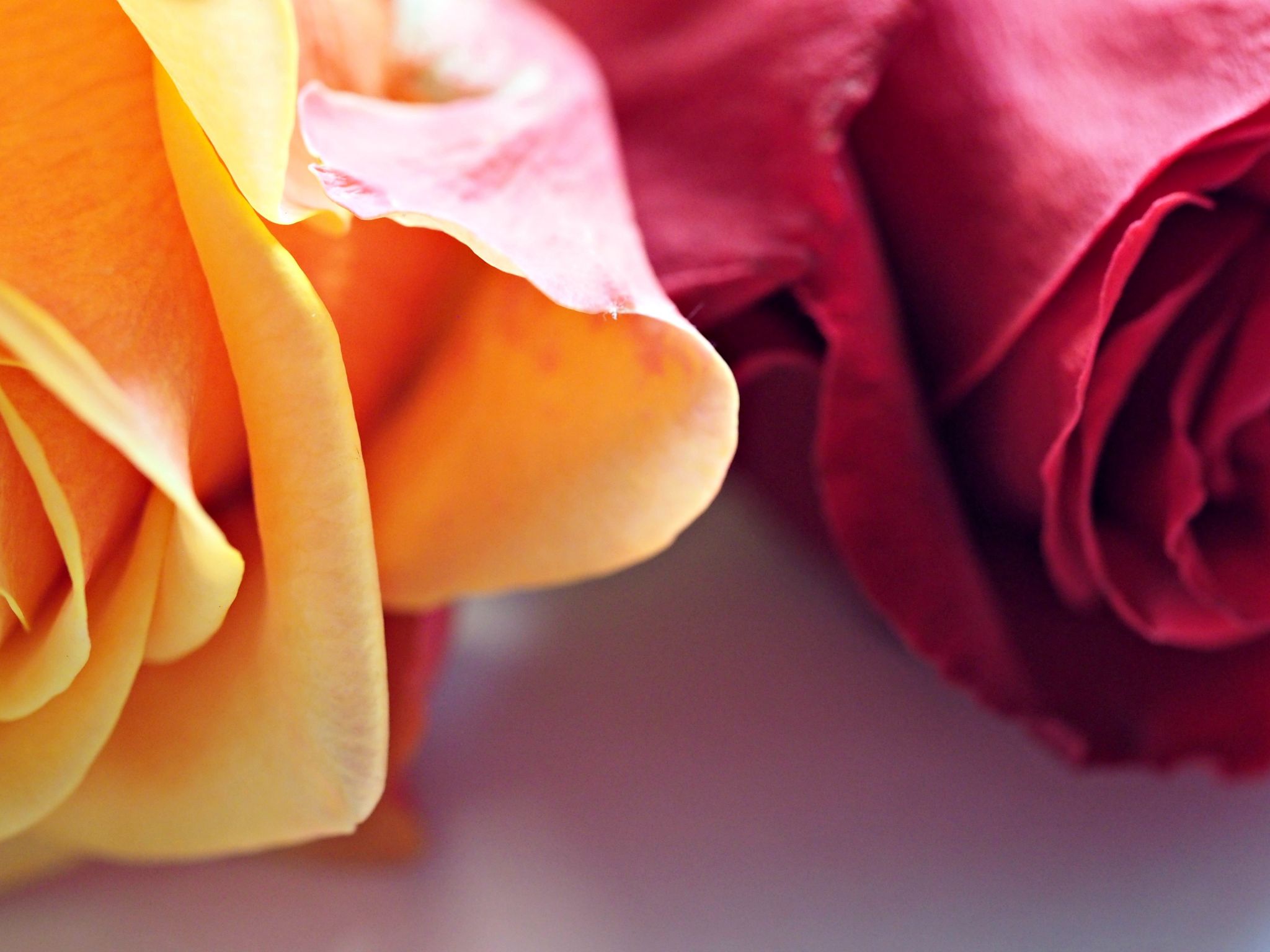 Q:  What should I do? My ex does not want to let me go. Her messages show as I am nothing but she keeps my picture in her profile. I loved another woman but she got mad when she found out I was still attached to my ex.

A: What do you mean “still attached to my ex”? I’m not surprised your current flame isn’t too happy about it.

Rather than stalk your ex’s social media accounts why not just block and delete? Her friends surely know you have split so eventually she will look a bit sad if your picture is still in her profile.

But are you sure it’s your ex who is having the problem letting go?

There is no longer any reason to remain in contact now that you have split up, surely?

Q: My ex-boyfriend broke up with me because he feels like a worthless loser because he couldn’t get a good job. I am trying to support him. Should I hold on or let go?

A: Are you sure that’s the real reason? He could be an incredibly well-meaning, selfless guy or else he could be telling you a big fib to spare your feelings. Could there be someone else in the picture?

There is another possibility and that is that he may be suffered from depression and is pushing you away because of this.

I really think you need to talk to him about his feelings and if you do suspect depression encourage him to talk to his doctor or seek counselling.

He needs help to understand that our self-worth should not be tied to having a job or, in fact, most ‘external’ things. Although he can’t get a ‘good’ job at present there are surely other jobs he could do, or training to get into the field he is interested in – or even volunteering.

Without knowing your exact situation it is difficult to be more specific.

Q:  Do people feel bad about greatly wronging someone when they realize or think about what they’ve done, only when it comes back around, or when they suffer some consequence?

A: You’ve left out another possibility – that they fully intended to inflict hurt in the first place.

Some people are born without a social conscience. These people are likely to be psycho or sociopaths and, I believe (although you’ll need a fully qualified psychologist to confirm this) don’t process guilt or emotion the way we do.

I think most ‘normal’ people know full well when they have behaved badly and if you are the victim of this behaviour then if you don’t get an apology you are better off without them in your life.

Waiting around for them to ‘come to their senses’ or feel remorse is a waste of your precious time.

The best revenge is living well and, if you believe in Karma, know that if they behave badly to you then they will behave badly to others and sooner or later will reap the consequences of their actions – even if it is only in the form of regret and self loathing.

Q: Is it okay for a guy to have girls sit on his lap while having a girlfriend and claiming this girl is his “sister” (close friend), but his girlfriend should not be touched?

A: No – it’s completely hypocritical and ridiculous – but I’m sure you know you’re taking the mickey, don’t you?

I don’t think for a moment that anyone with 2 brain cells would be fooled by you saying she’s just a ‘friend’ – least of all your girlfriend.

And if you want her to stick around I’d decide which ‘sister’ it is you really want to be with, before your girlfriend makes the decision for you.

Q:  It’s been 3 years since she got married with someone else and I don’t want to disturb her but I want to move on. I still cannot forget her and can’t move on, why?

A: I think you may lead a little professional counselling to move forward because 3 years is a very long time to be unable to let go.

I’m a little concerned that you use the ‘phrase’ -disturb her. She has made her choice and it would be very unfair of you to do anything to disrupt her new relationship.

You don’t say whether you are still in contact at all, or whether there is a residual friendship there – I am guessing not.

I think in your mind you have painted her as ‘the one that got away’ – and lots of us have someone like that you know. But you have to grow up, accept things changed and move on with your life.

You don’t want to be a sad lonely ‘victim’ do you, when she is happily getting on with her life.

Find someone to talk to to share your pain and resolve that 2018 will be the year of finally moving on for you – and meeting someone new and exciting to love.

Q: How can I deal with my friend having a sexual affair with a man that is a total egoist and only is texting her for his own benefits? We hate such type of people and considering that she says she needs his intimacy to get over another guy.

A: I know you are only looking out for your friend and have her interests at heart but, sadly, it is none of your business. All you can do is gently advise from the sidelines, being aware that the more you express your dislike, the more she is likely to want to prove you wrong and stay with him.

Perhaps this man is all she needs right now. Perhaps the sex is enough to help her get over this other guy.

It sounds as if, sooner or later, one or other of them will tire of the situation and move on.

I would let it lie and if his name comes up, just play it nonchalantly, say “whatever” and change the subject.

Of course if he does something terrible you should step in and help but I’d play a waiting game with this one.

Q: How do I find if I am the controlling one in my relationship? My boyfriend said I make conditions he should follow, and that he is like a slave, but I don’t. I am trying to figure out what could be wrong, but I can’t.

A: Your boyfriend needs to be specific and tell you exactly when you make these ‘demands’ and what they are.

It sounds like your boyfriend is trying to start an argument and might be looking for an excuse to leave – are things rocky between you?

If you are insisting he checks in with you, constantly watch him and ask where he’s going, check his phone, insist he spends every moment with you, object to his friends or veto his habits then, yes, you are being controlling.

Surely you have some inkling as to what is annoying him?

I hope you enjoyed Problem Page Edition 5. You can find more dating advice from your online relationship coach in these posts:- 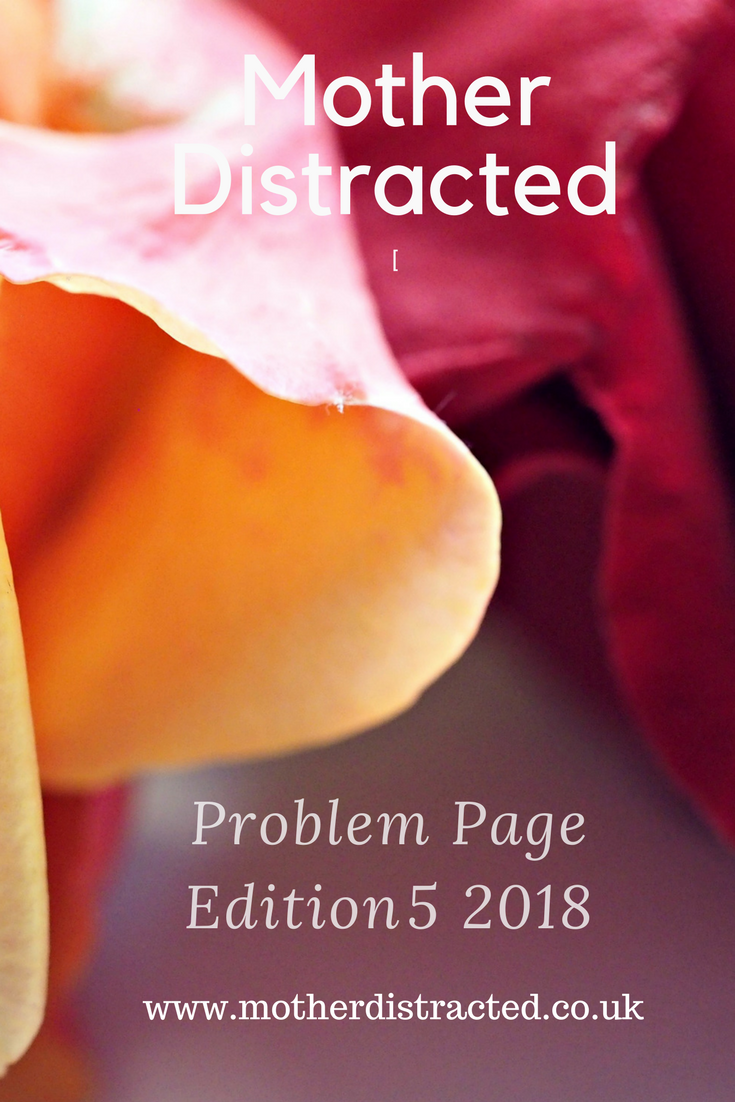