It’s been a while since I travelled to Guernsey by ferry but if you are looking for a family break with lots of history, beautiful beaches and great food, why not consider the quieter Channel Island?

The island of Guernsey sits in the English Channel to the northwest of France and it’s a great place if you are looking for a tranquil holiday.  Although the island is British you’ll find plenty of French influence. 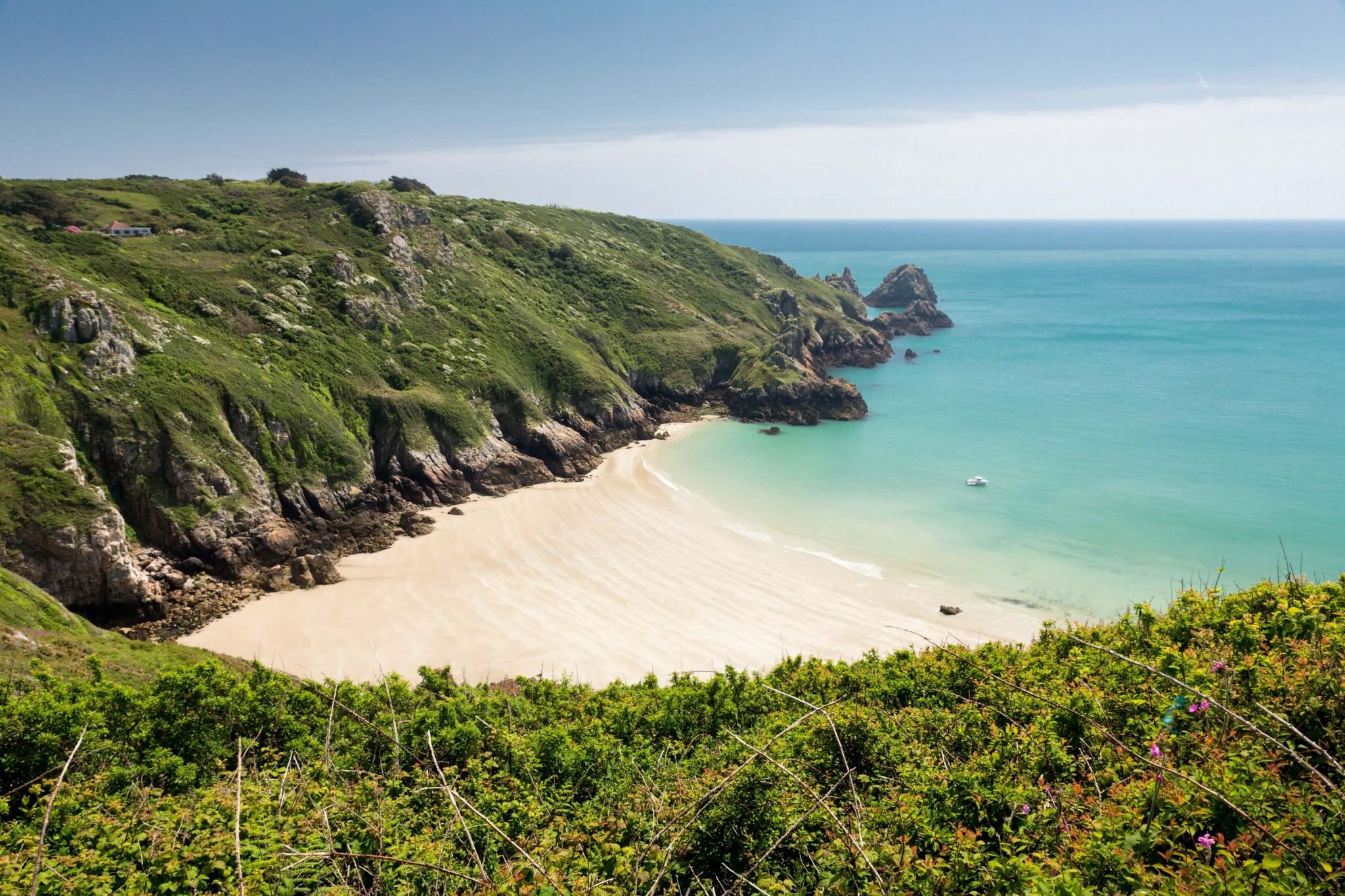 The island covers an area of 25 square miles and its coastline offers plenty of sandy beaches, dunes and rock pools.  It’s the perfect place if you enjoy scenic cliff walks.

Guernsey’s capital, St Peters Port is a pretty town which has lots of winding cobbled streets, hidden alleys and a port full of yachts and boats of all shapes and sizes. It’s a great place to shop with lots of boutiques selling exclusive clothes, leather goods and jewellery at low duty prices, as well as some exquisite antiques. 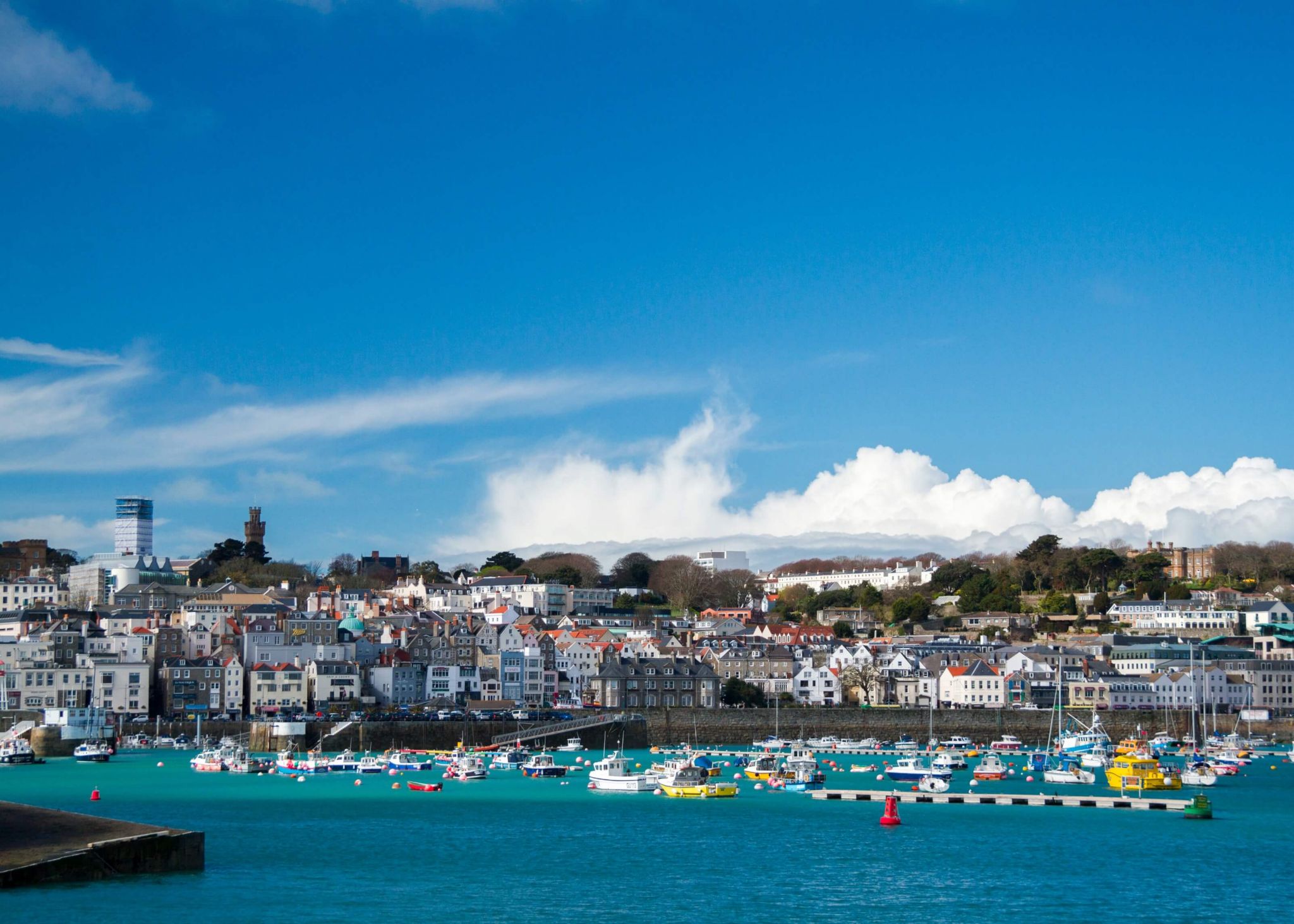 Because the island has a subtropical climate, you’ll enjoy the warmth and the lush greenery. Flowers abound in Guernsey with over 449 flowering plants recorded in January!  The island is in bloom all year round.

If you love history, there’s plenty to explore on the island.  You’ll find pre-historic sites like the Les Fouillages burial mound and tombs. There are Pagan priory ruins and museums relating the island’s experience during World War 2.  Did you know that the Channel Isles were the only part of Great Britain occupied by the Germans?

Guernsey is a great island for food lovers too – from locally caught fish and chips to intricate dishes of local lobster and crab. Winter is the time to hole up in a Guernsey pub to try the famous Sark lamb casserole.

Take a ferry to Guernsey and you can also indulge in a little island hopping to the neighbouring islands of Herm, Sark and Alderney.

Great places to explore on Guernsey

The Guernsey Information Centre is a great place to start your exploration but these are some ideas you might like to add to your Guernsey itinerary.

Take a tour of the Rocquette Cider Farm with over 5000 trees in the picturesque fields surrounding the family home. The tour consists of a 35/40 minute walk followed by a tasting of the company’s 9 ciders, chutney, fruit liqueurs and apple juice.

Jerbourg point is the southeastern point of the island and provides scenic views of many other islands.
The point has been inhabited since Neolithic times and it has a long history of offering a defence system against invaders, most latterly the Germans who build bomb-proof and gas-proof bunkers to store ammunition and provide accommodation. 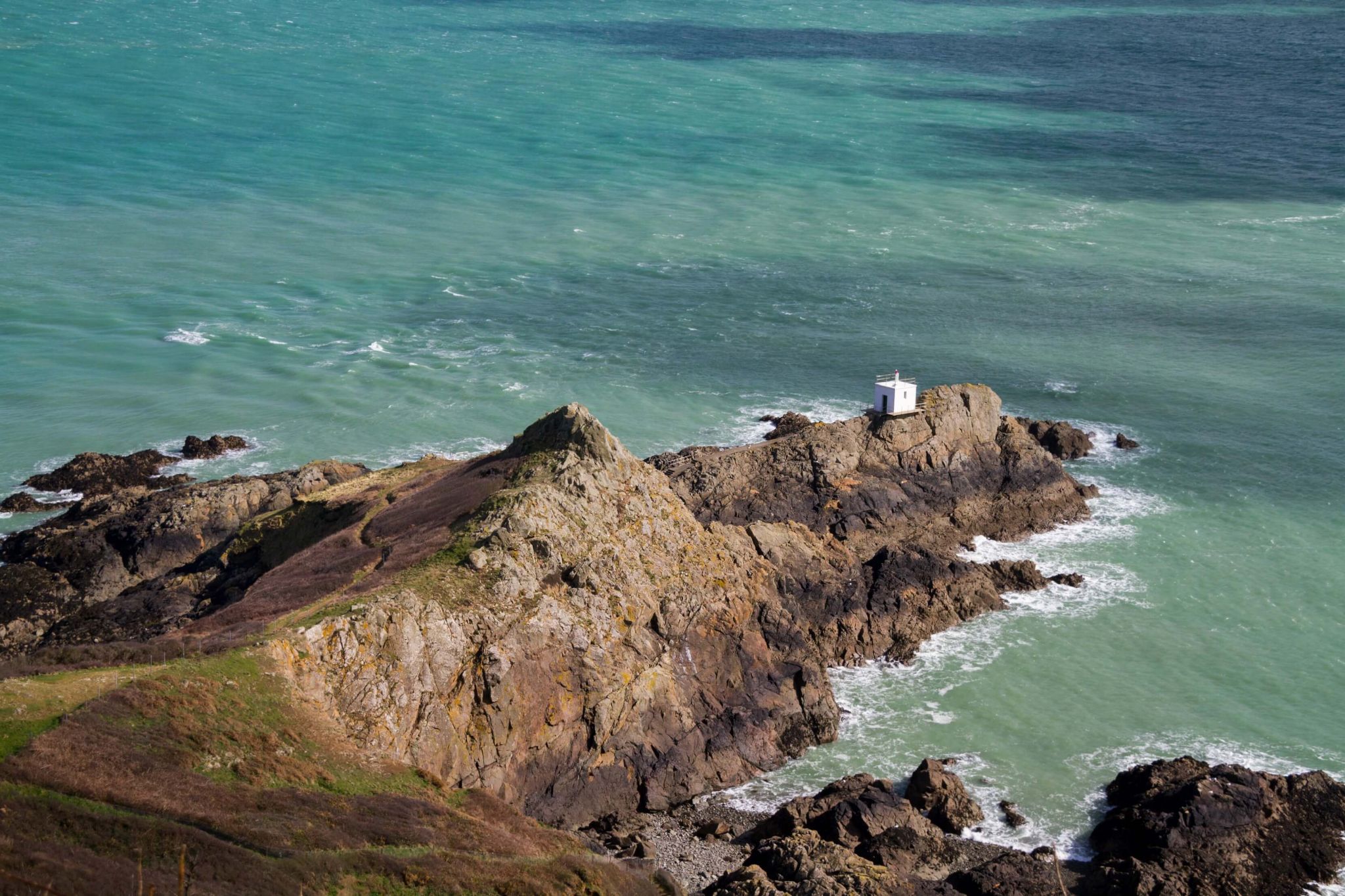 Occupation of the island began on 30th June 1940 and continued until 9th May 1945.  The museum documents life on the island during that time and is owned and operated by Richard Heaume.  As a schoolboy, he used to collect spent bullets in the local field and from that small start the museum has grown into an extensive collection of original items and documents including many rare pieces.

Hauteville House was home to famous French writer Victor Hugo for 14 years, during his time in exile from France. Hugo spent his time there writing his masterpieces, as well as personally decorating the house.

Currently undergoing a major restoration project, the house will re-open to the public in 2019.

Vazon Bay is a large sandy beach which is very popular with surfers, kite flyers and bodyboarders. Guernsey Surf School is based here and teaches all ages and all abilities.

You’ll also find some great places to eat here, whether it’s a light snack or ice cream or a rooftop dining experience with beautiful beach views.

Just a short walk from the town centre you’ll find this 800-year-old castle which stands at the mouth of the harbour and which enjoys spectacular views of the port and Guernsey’s sister islands.

Here’s you’ll find five museums and four period gardens to enjoy.  There’s a daily guided tour which culminates in the firing of the noon-day gun. 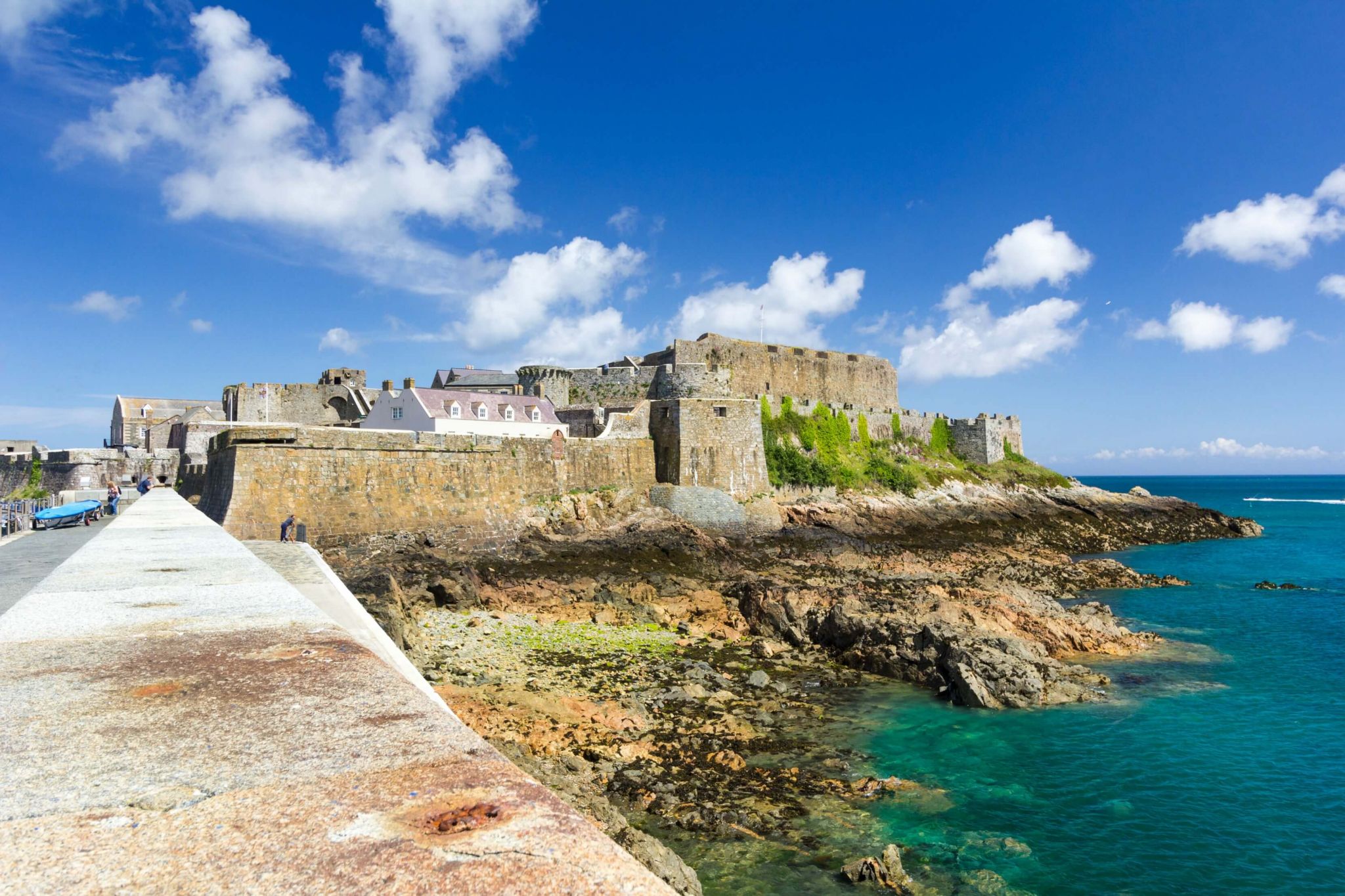 The Guernsey Tapestry Gallery houses The Bailiwick of Guernsey Millennium Tapestry which was a community project which illustrates 1000 years of local history. The tapestry has ten panels of embroidered canvas work, each panel covering one century.

The story in each panel is brought to life by an audio guide which is available in English, French and German.

There is so much to see and do on the island and if you take a ferry to Guernsey you’ll arrive already relaxed and ready to explore.

Whilst you don’t need a passport if you are travelling between the UK and the Channel Islands, it is best to take suitable photo ID with you such as your driving licence. BUT you will need a valid passport or National Identity Card for travel to and from France.

Have you ever visited Guernsey by ferry?  Where are your top places to visit? 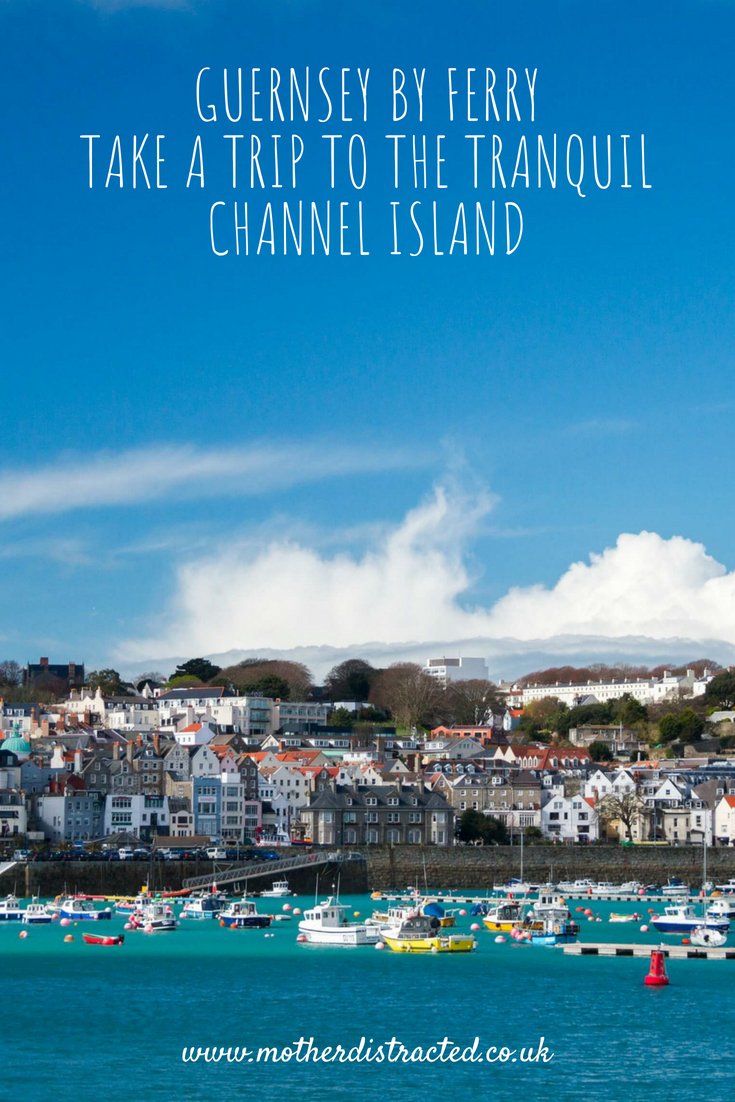