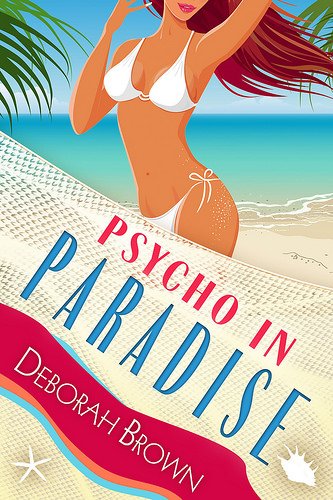 In the Florida Keys, you have to take the shady with the sunny. And Tarpon Cove has more than fifty shades of shady going on.

Shady No. 1: When Brad is caught with the dead body of his crazy ex-girlfriend—a body he swears was planted—the Westin family gathers to plan a strategy. That family now including Fab, Didier, and Creole by default.

Shady No. 2: Fab is having a hard time keeping her promise to go legit. It’s not her fault she tends to attract clients who want their problems solved without getting the cops involved. Trying to keep her reined in is a full-time job, and a thankless one, since Madison keeps getting roped in on “easy” jobs that wind up getting the kind of messy that require specialized cleanup.

Shady No. 3: Ferreting out the info needed to save Brad means using sources so deep in the friend-of-a-friend network they’re anonymous.

The only thing not shady is Creole’s love. Madison’s kept her promise never to lie to him. Mostly. But when the killer wafts like smoke through the cracks in the investigation, it reminds her she should’ve eaten dessert first more often.

The Paradise series, are Florida Keys mysteries, “great as stand-alone reads, but they’re like chips…you won’t be able to devour just one!”


“My love for these quirky characters grows with every book! Hope they never end!”


“Deborah Brown has done it again. I don’t think I could ever get tired of Madison, Fab, and the rest of the gang. These books are always laugh outloud funny and this one is no different. Psycho in Paradise has plenty of twists and turns that kept me turning pages. It’s filled with adventure, suspense, thrills, and fun characters. It’s impossible to put down.” 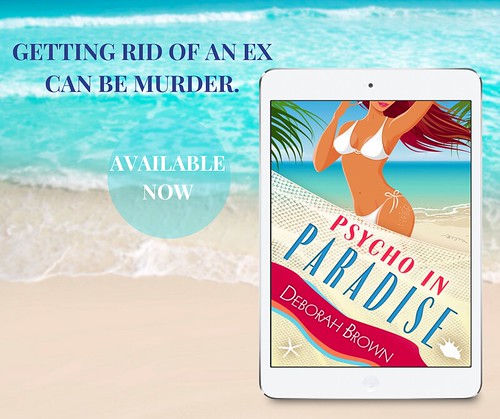 It’s been a while since I have reviewed a ‘Paradise’ book but returning to the series with this one, Psycho in Paradise is like putting on a comfy pair of slippers and meeting up with a gang of old friends.

This time Madison’s brother Brad is in the frame for the murder of his ex, Patty.  Is he innocent or has he been framed?  In amongst Fab and Madison’s madcap adventures, hunky Creole and Didier try to exert some sort of order with the two feisty female detectives – not always succeeding.  Could there be a marriage on the cards?

Mother and Spoon are still in charge of the Westin clan but there’s the appearance of the enigmatic Caspian, Fab’s biological father.  Handsome, very wealthy but does he have an agenda.

As usual, Brown takes us on a breathless whirl around the Keys with one adventure after another and the inhabitants of The Cottages are as wacky and unusual as ever – and Miss January is in love.  Again.

I won’t spoil the plot any more other to say you’ll really enjoy Psycho In Paradise and there’s plenty of sunshine yet to be extracted from the Paradise series.

I’ve been writing, in one way or another for as long as I can remember; poetry, sappy short stories (my best friend made me swear that I’d never show anyone until I changed the names), and a romance novel shoved under my bed.

I wanted to create books with a wide range of unforgettable characters, with heat and romance, and lots of guns. It wouldn’t be complete without a slice of humour and charm.

I live with my family and demon children aka rescue cats in South Florida.

Find the author at Amazon