Compact and bijou though it may be, there’s no denying that our garden is looking a little unkempt at the moment and it’s definitely time for a garden clean up!

Since the weather has been so atrocious we have not put up the jumbo paddling pool and consequently, still have a lawn – although it’s very patchy.

I have quite a few jobs to get stuck into.

I actually won this palm tree in a competition and it’s never really taken.  Our garden was dramatically levelled by the previous owners for some reason.  The original topsoil was removed and replaced by a sort of perimeter planting bed which is neither particularly deep nor all that easy to maintain. I don’t think the soil is deep enough for the palm tree.

I’m going to have to research ‘palm tree care’.  Our neighbour across the road has one in his front garden which is thriving so I can’t blame the Welsh weather!

Many fail to care for their exotic plants because, among other things, they ignore their magnesium deficiency. Some say I should try epsom salt for palm trees, and hope for the best. 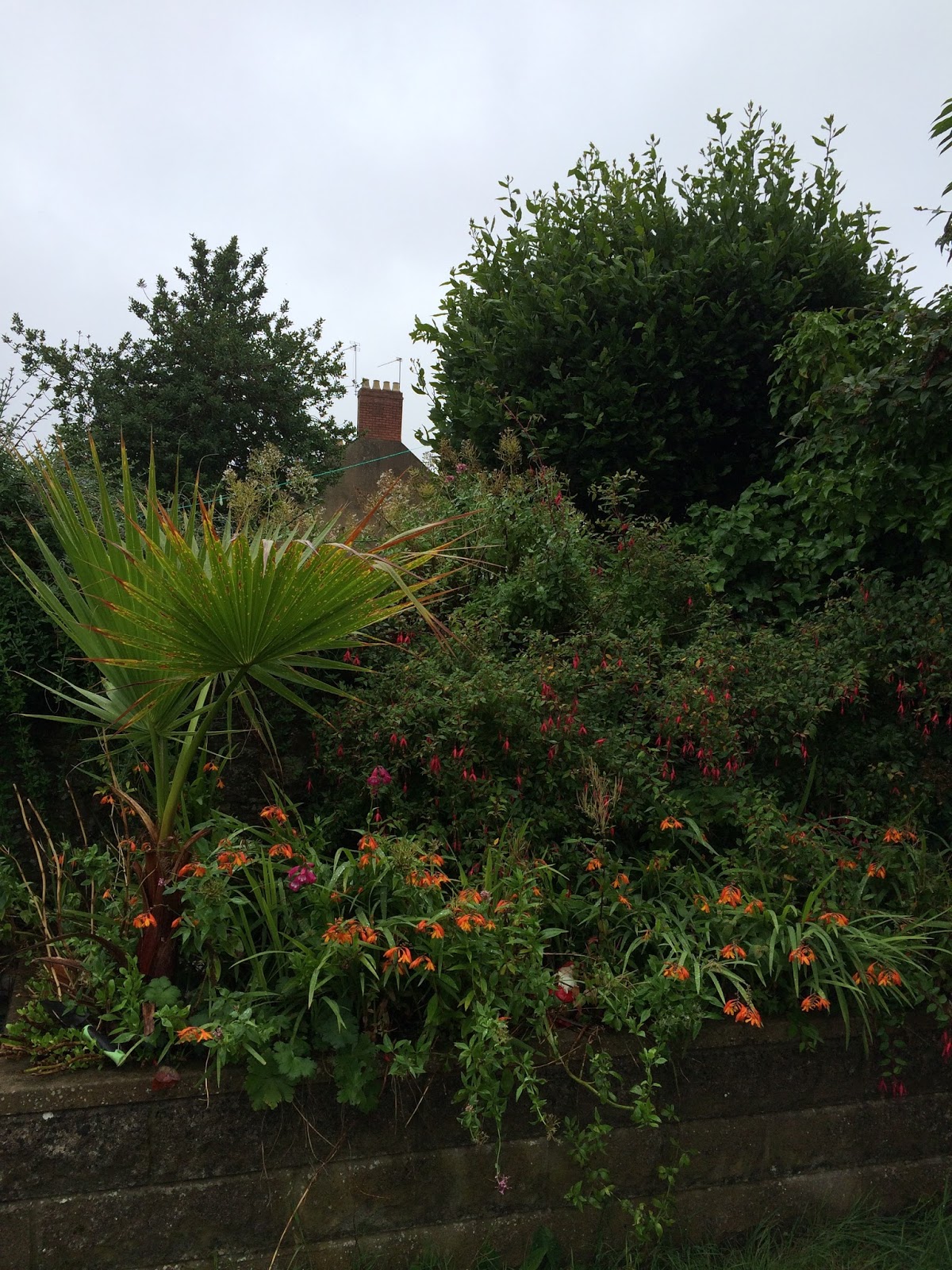 Cut back the Fuchsia 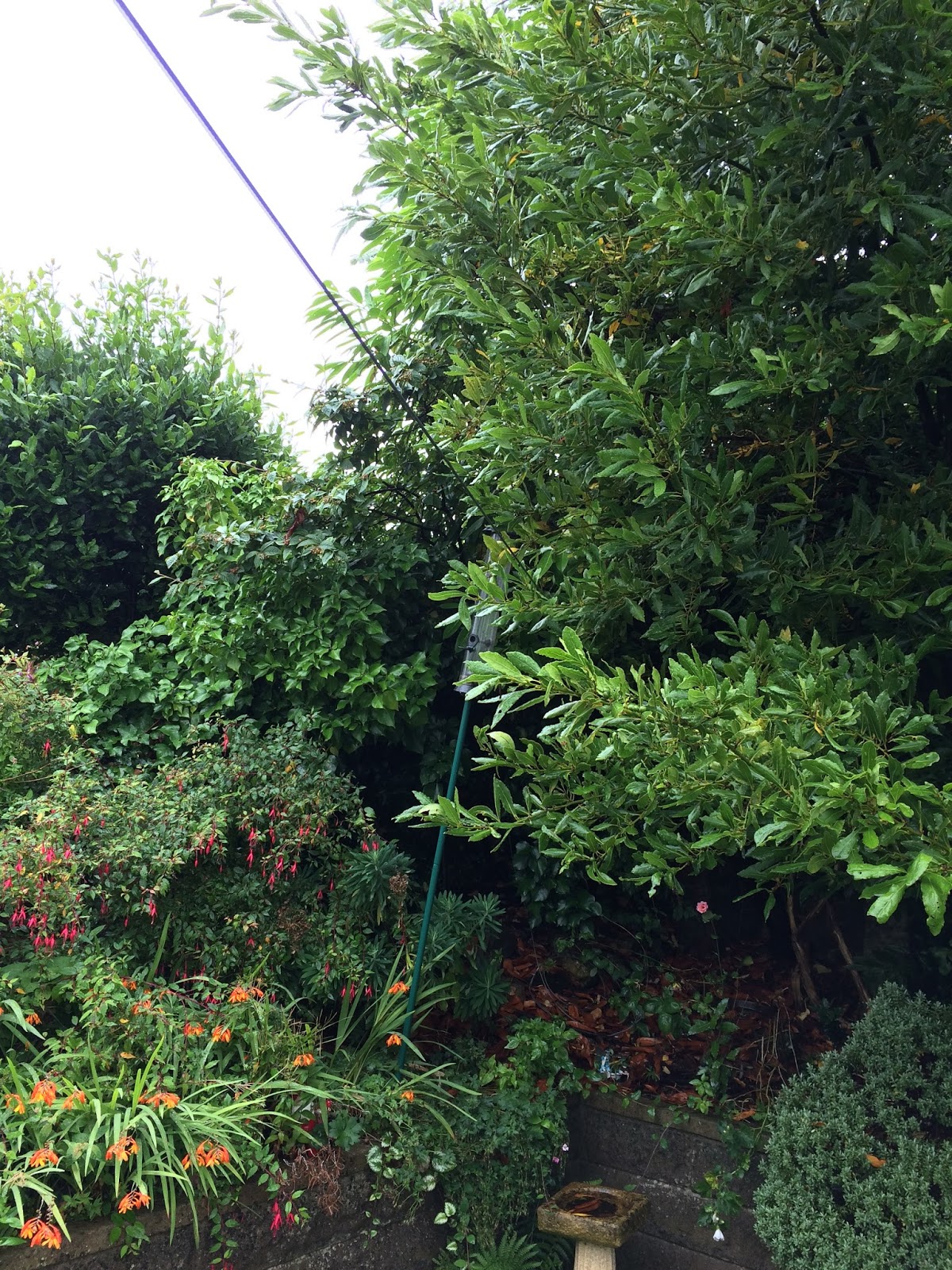 There are far too many Fuchsia bushes in the garden and whilst I love the cheerful purple flowers, they tend to swamp everything around them. 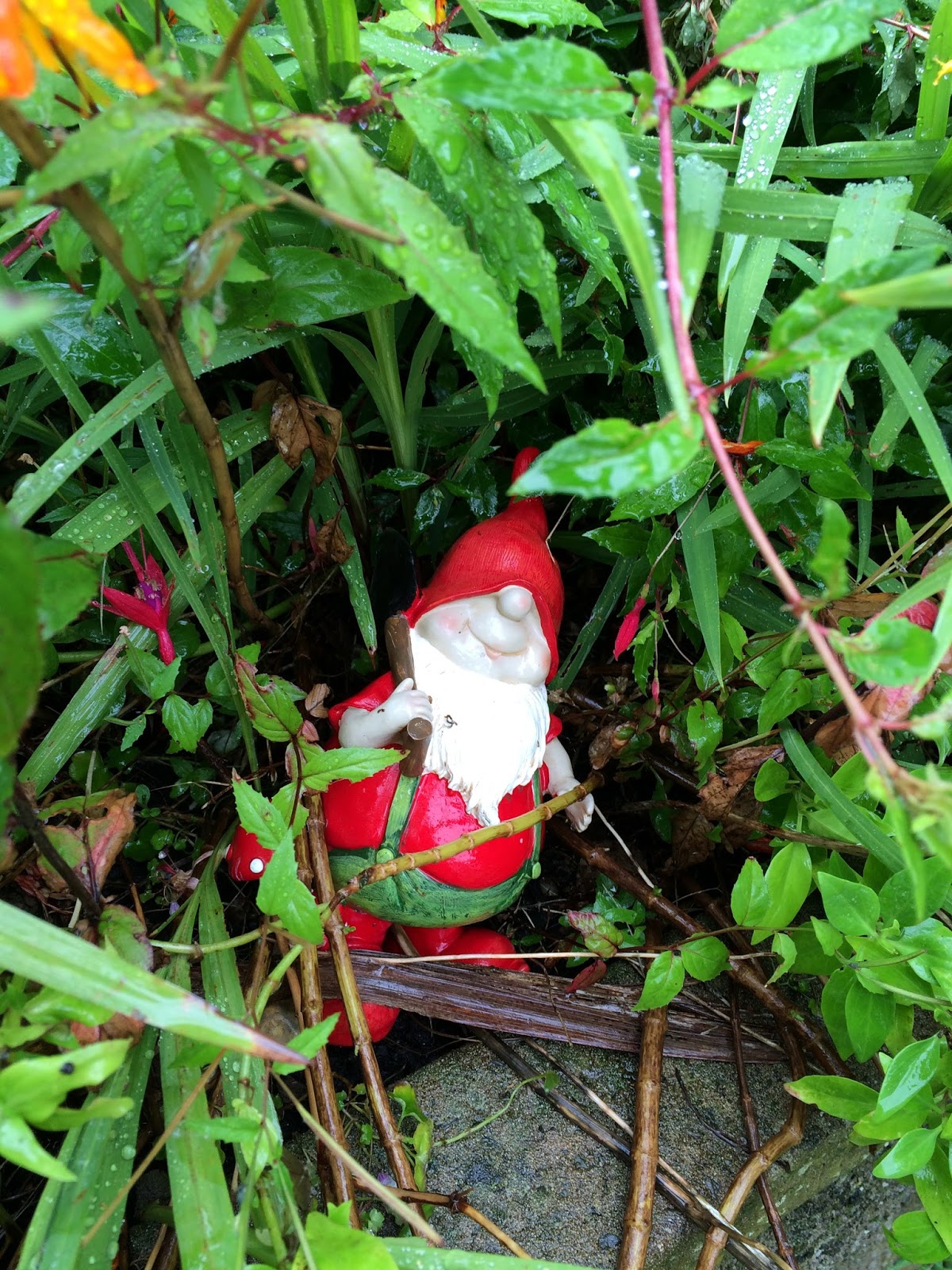 I realise that is not a sentence Alan Titchmarsh utters very often but you can barely see any of my garden ornaments! 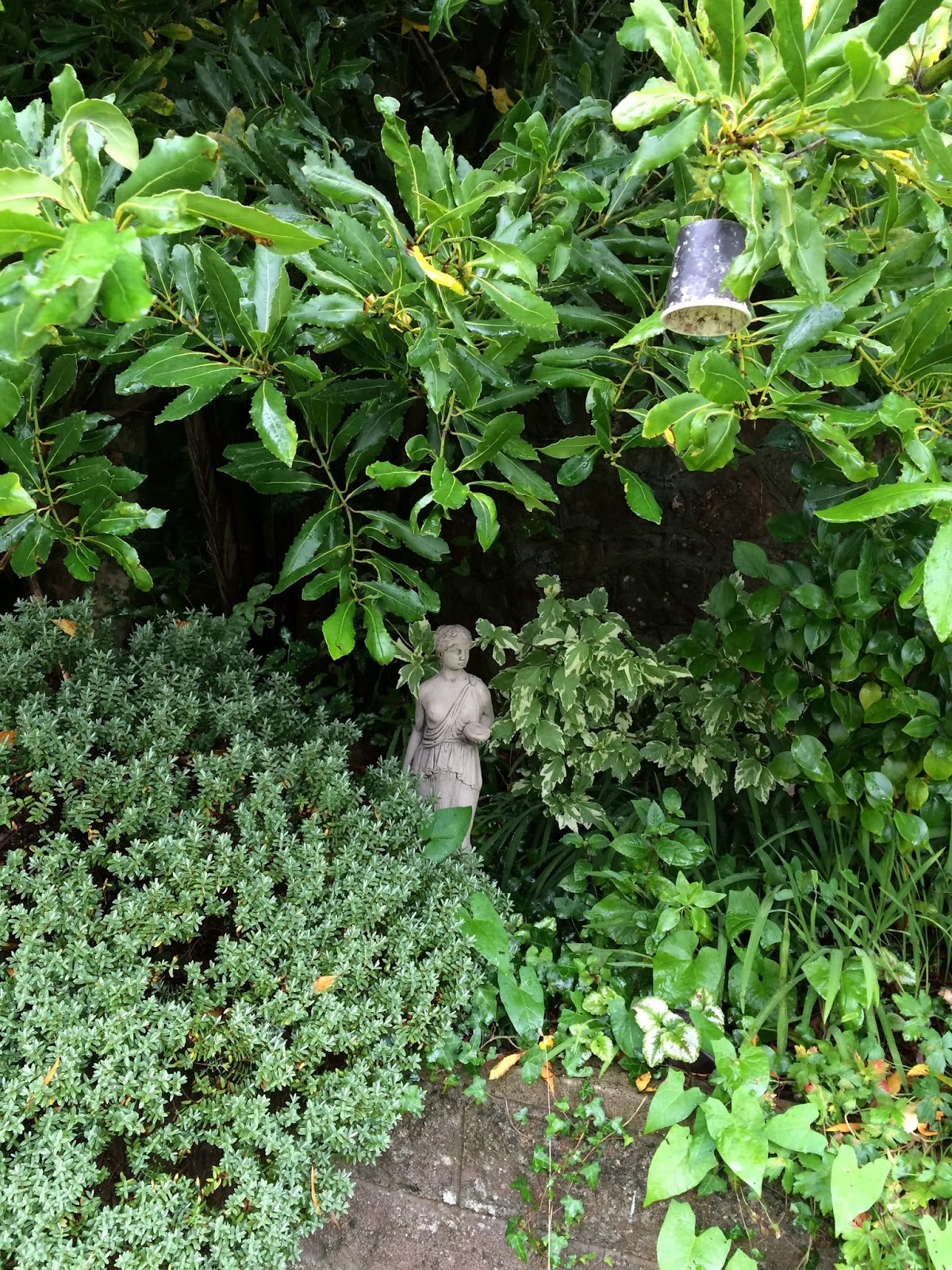 although in a way I rather like the wildness of the garden. 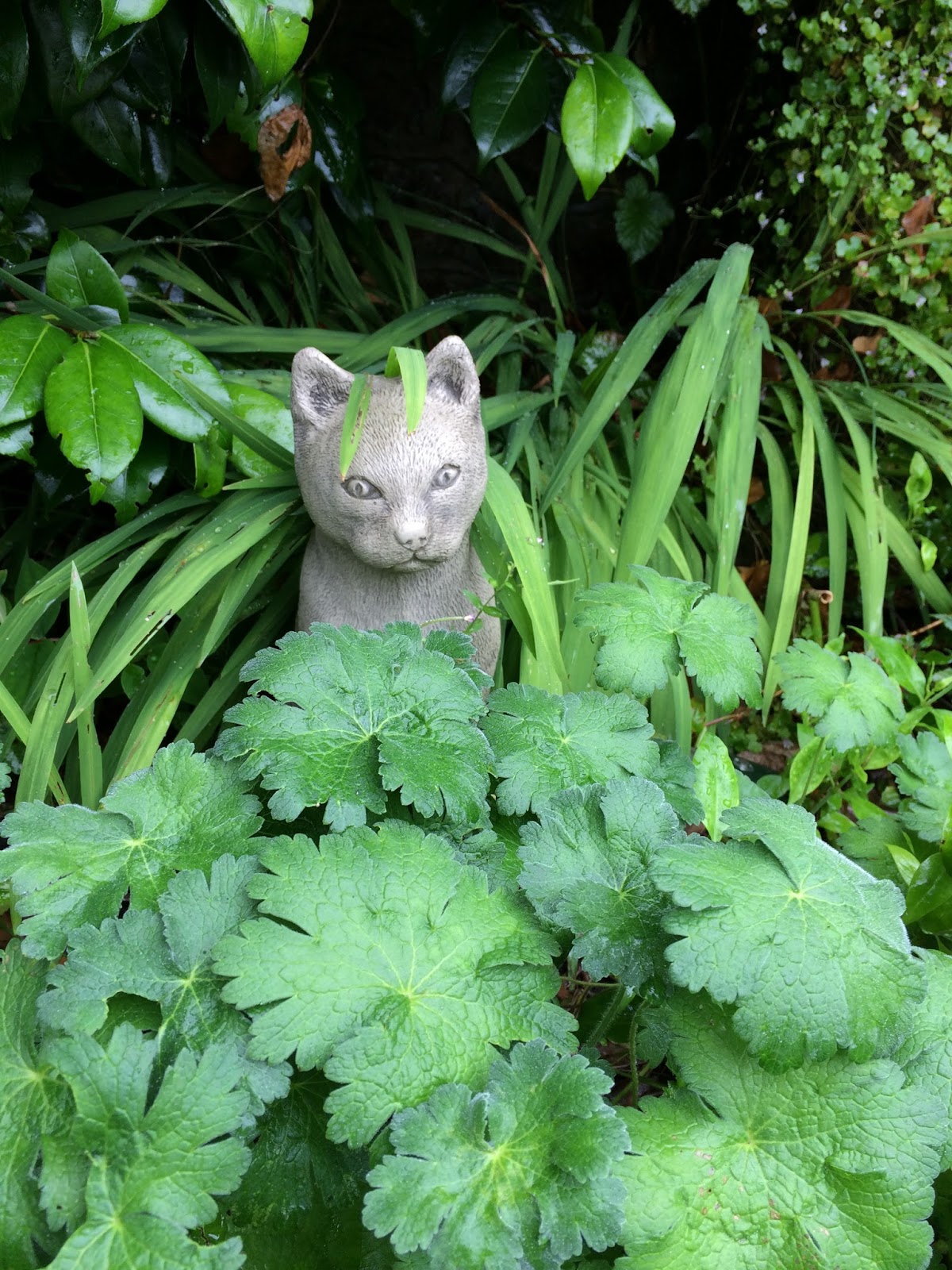 The statues were bought from Costco and I am resisting the urge to buy a Buddha.  We were mulling over a water feature but given the state of the rest of the garden, it’s probably wiser to concentrate on getting it into a more maintainable state. 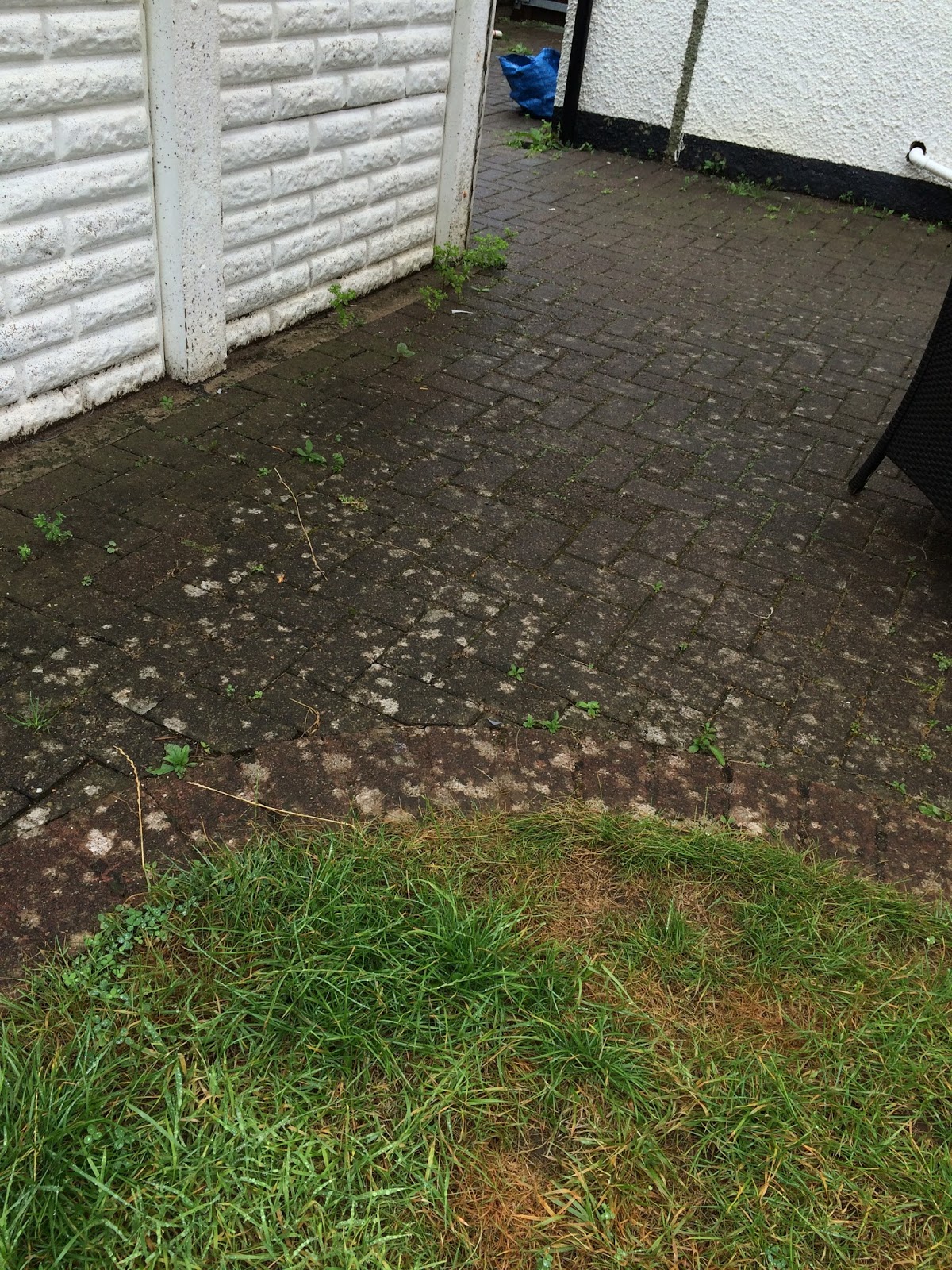 Leaving aside the patio also needs a good blasting with the jet wash, I’m thinking of getting some plastic lawn edging to neaten things up a bit.

Clean and cover the garden furniture

We made the classic mistake of not buying covers for the garden furniture when we bought it a couple of years ago and this year I’m determined to clean it and cover it up for winter in case of frost damage. 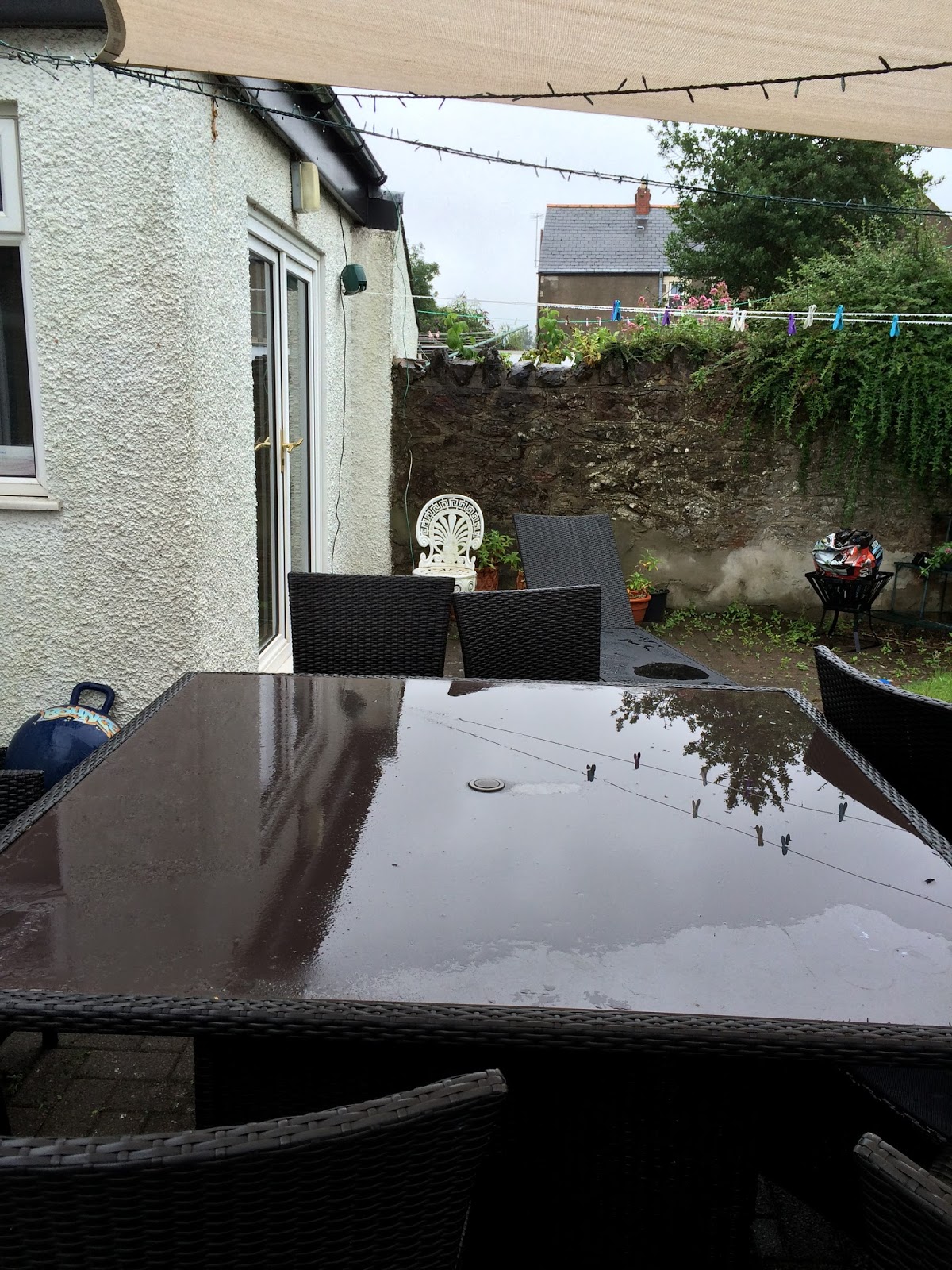 Remove the “Hanging Baskets of Shame” 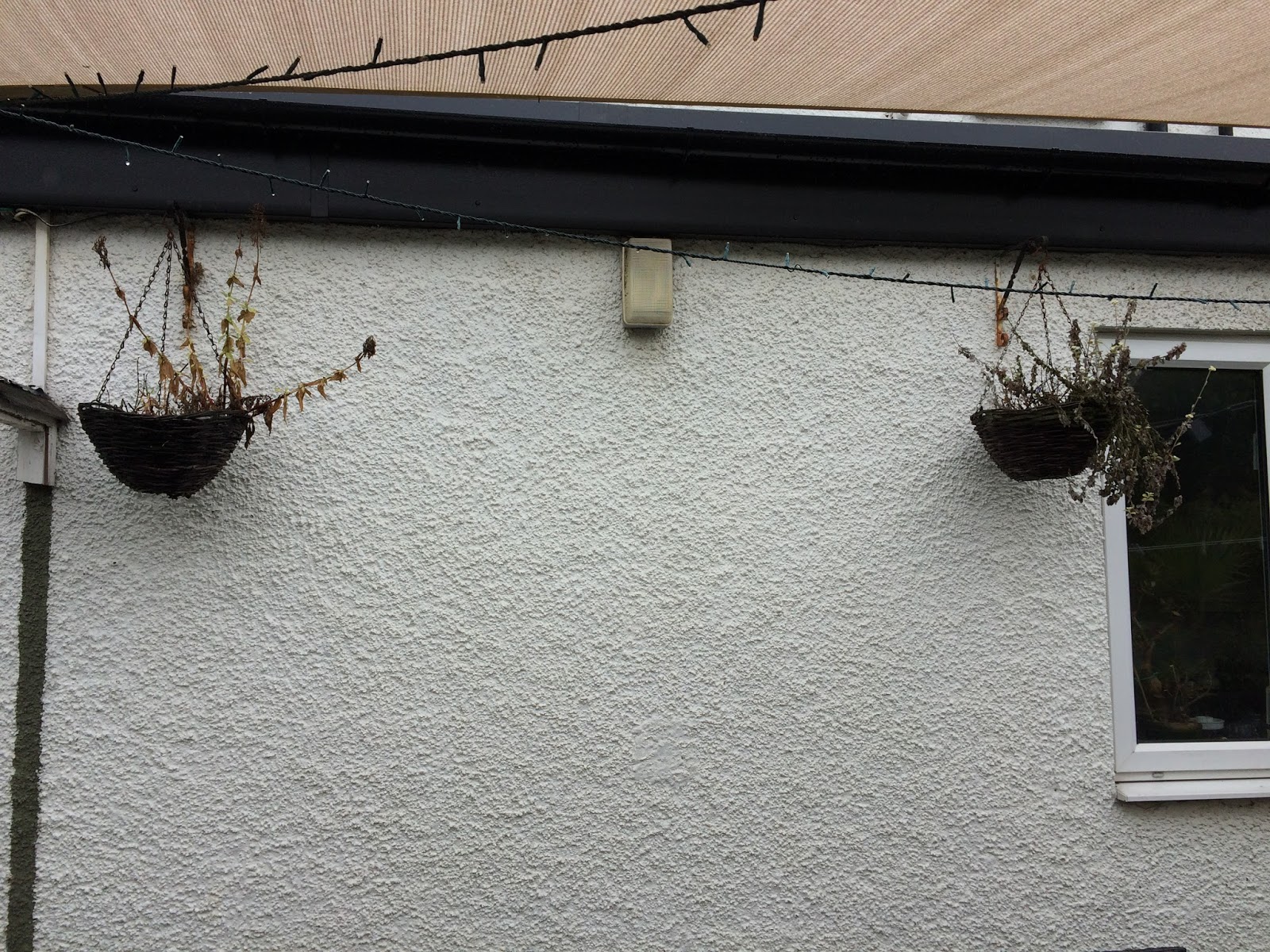 These were pre-filled baskets from Morrisons and I have to confess I just didn’t get round to replacing them this year – probably because although you can pick them up quick cheaply, they’re still quite an additional extra to your weekly shopping bill.

The Husband has tried numerous weed killers on the front drive but the little blighters refuse to die.  Whilst pulling them up by hand is vaguely therapeutic, it’s an endless job. 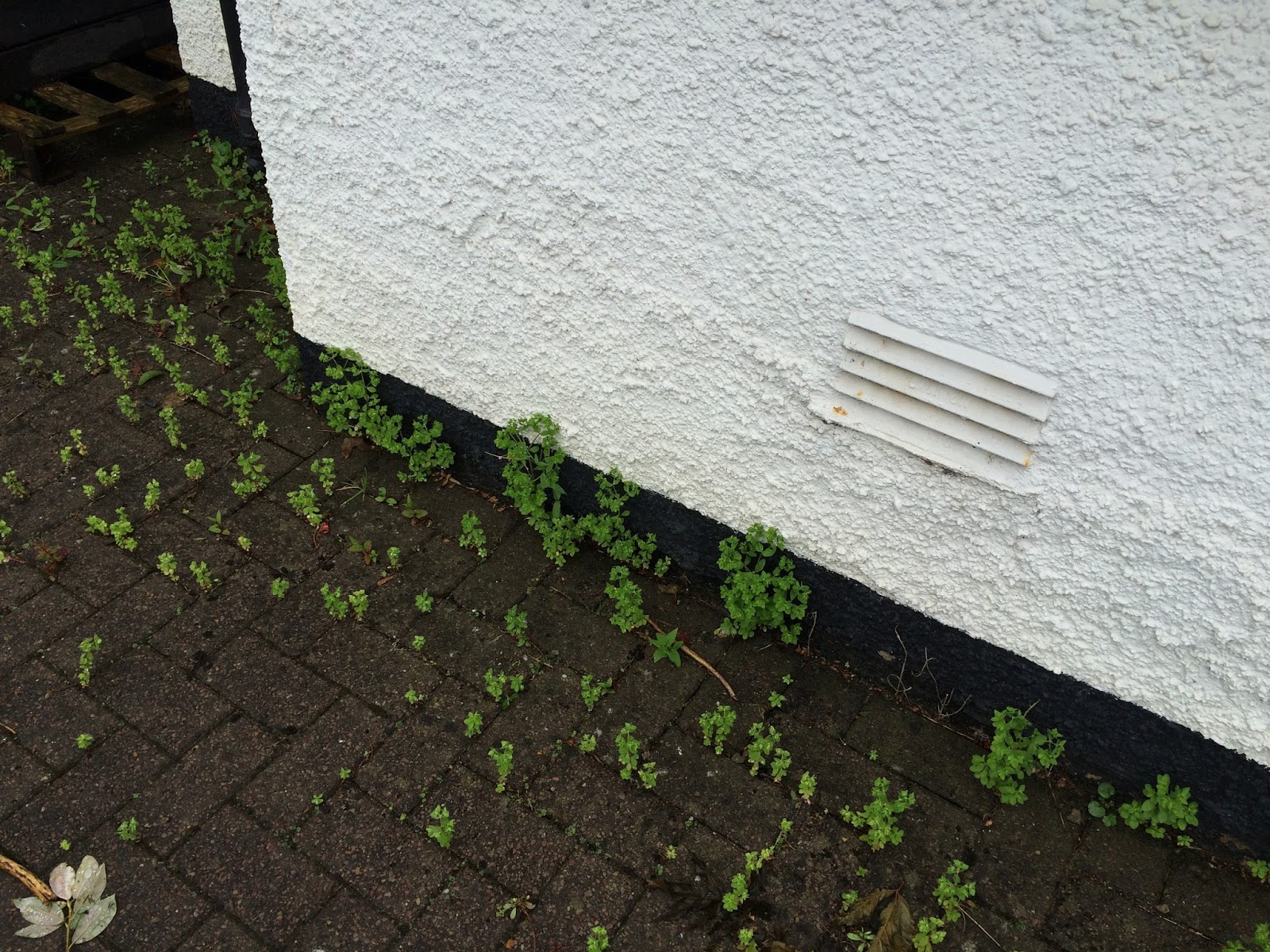 Does anyone remember watching “The House Doctor” starring Ann Maurice and the hapless Alistair (who now presents Escape to the Country I think or a programme of that ilk). The programme was about getting your house presentable to sell. Ann’s big thing was the “kerb appeal”. We clearly have work to do in this regard. 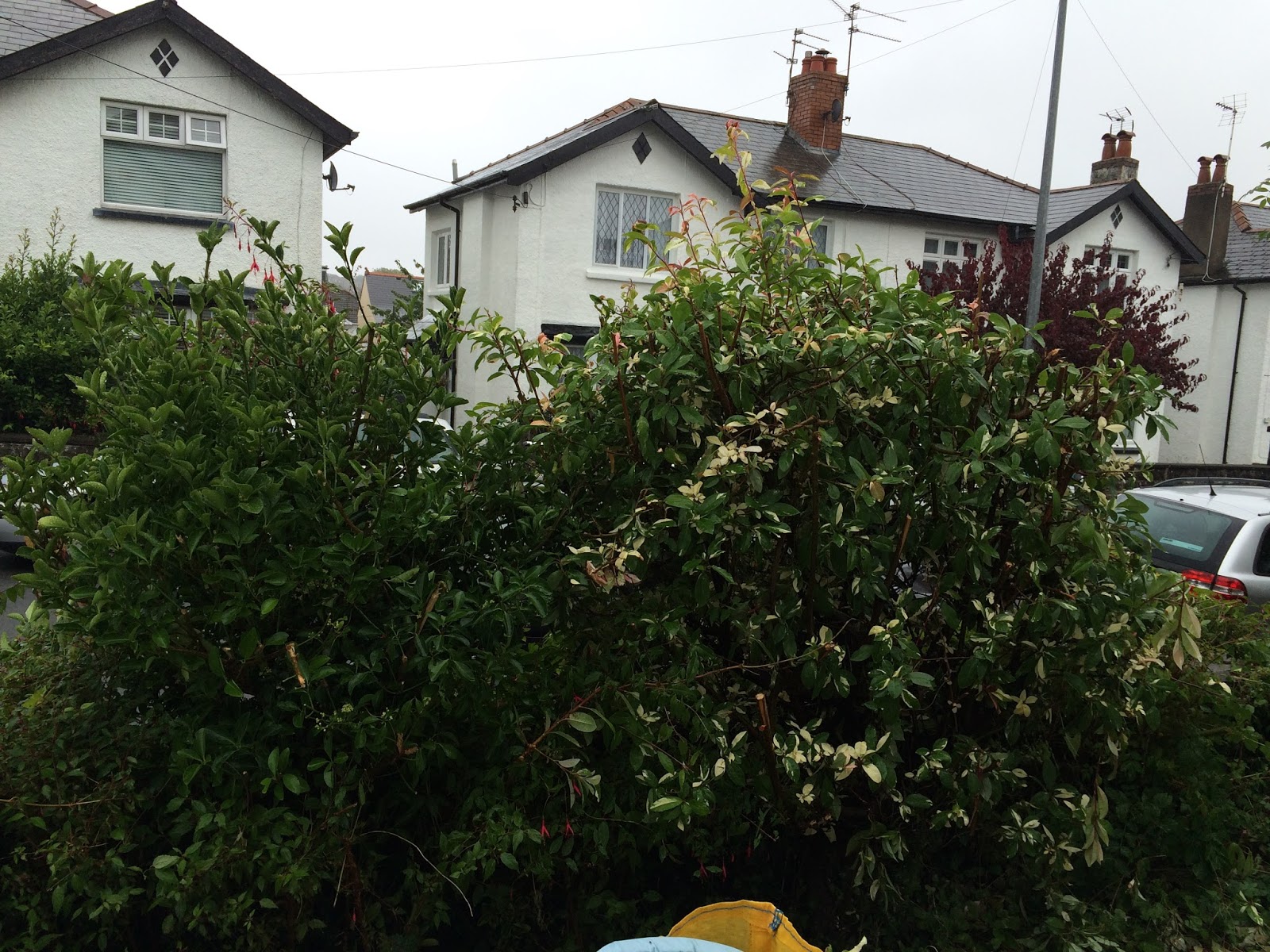 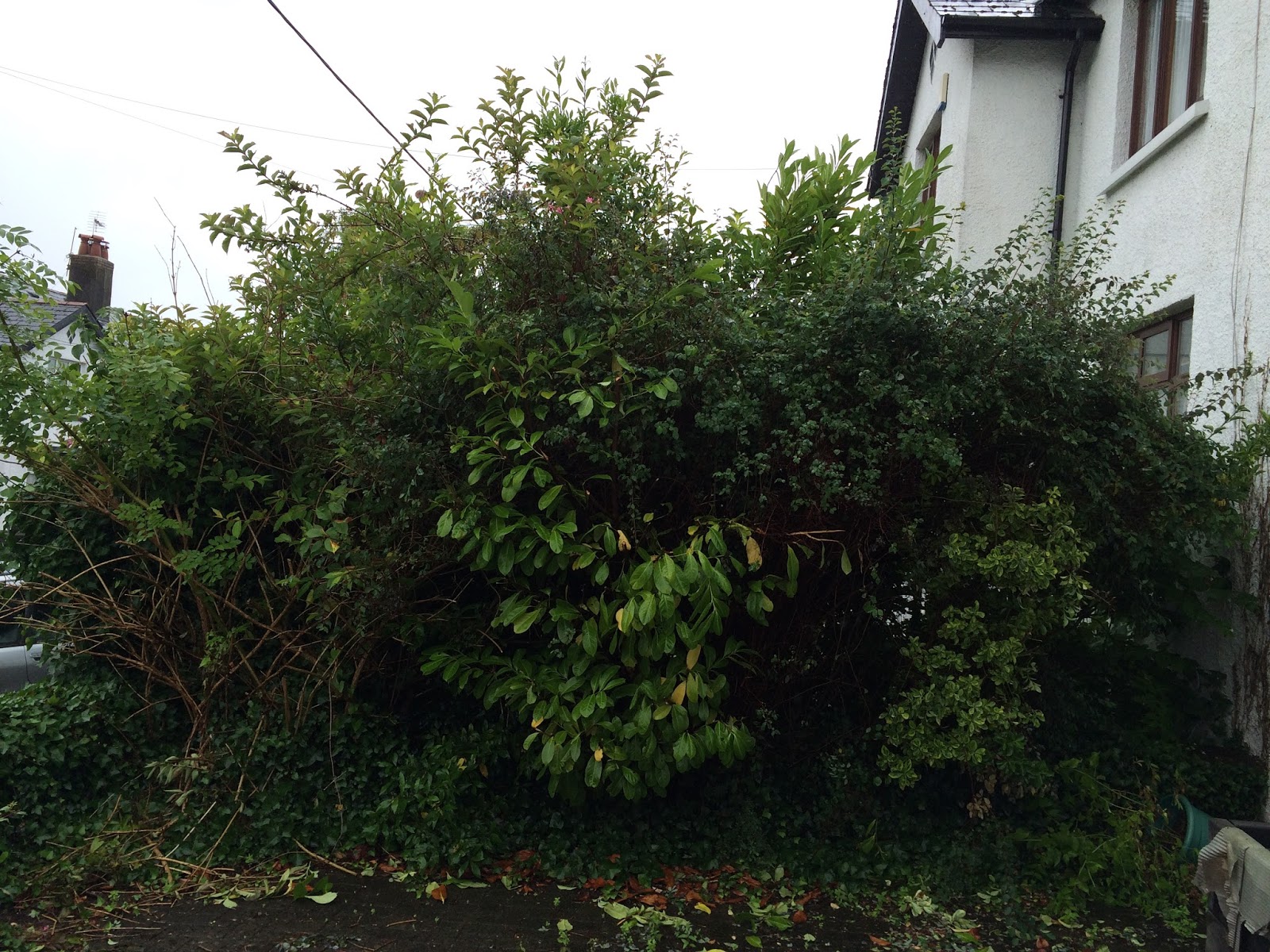 but, in our defence, we seem to have loads of Great Tits and House Martins who are very fond of these bushes and it seems a bit mean to denude their habitat.

As you can see, I’ve quite a bit of work to do.  Still, it will get Caitlin and Ieuan away from their iPads for a bit, won’t it and give them the chance to earn some pocket money!