I recently read that there is a resurgence of interest in mobile phones which are just, well, phones.  Now that many of us have realised what a major time suck having the fully fledged smartphone can be (not to mention, in the case of the iPhone XS, the gargantuan financial outlay), ‘retro’ phones with basic functions are becoming popular again. Remember the Nokia 3310? 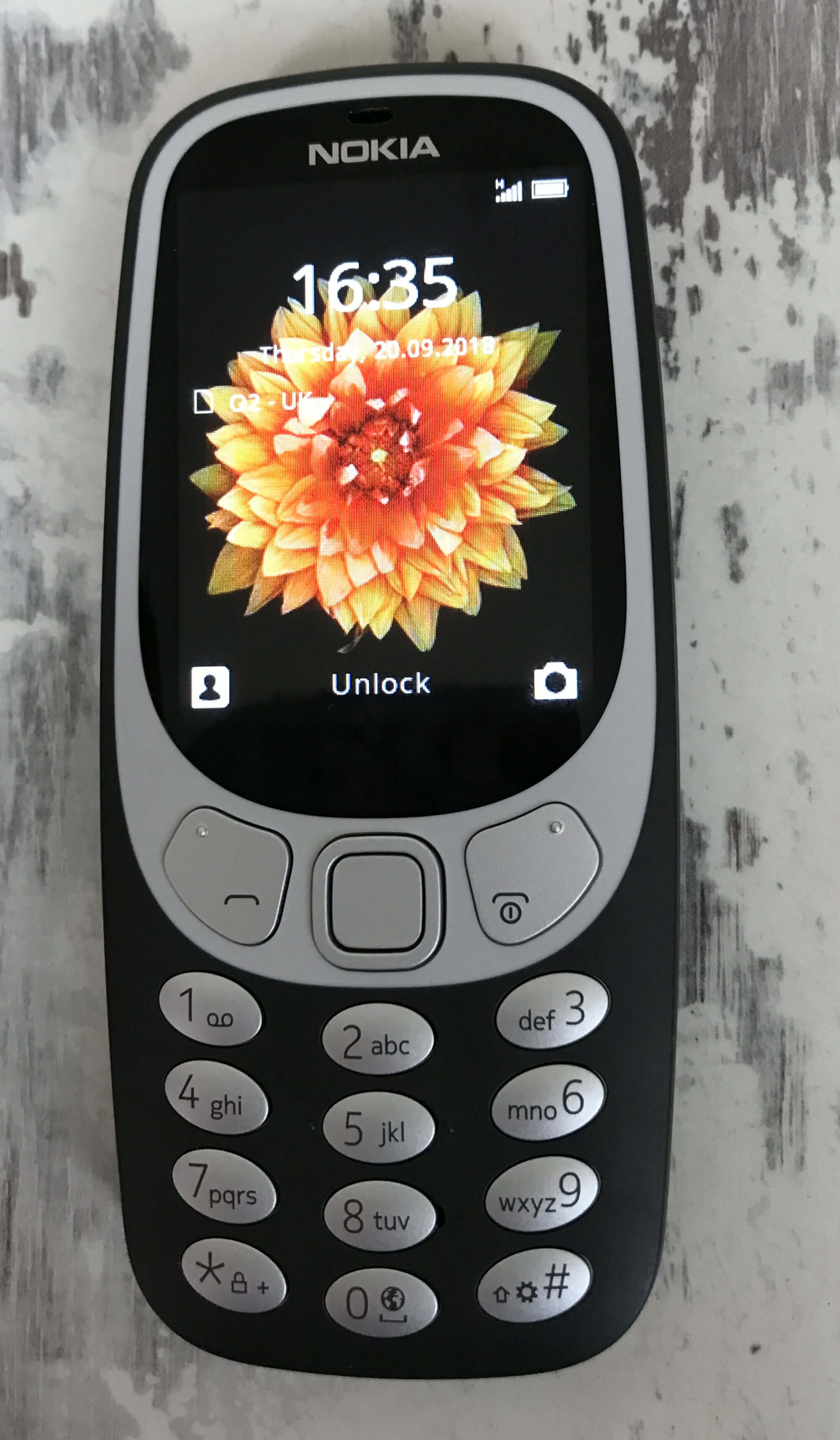 We were recently sent the all-new Nokia 3310 3G to try and it has become Caitlin’s first phone. Readers of this blog will know that when to give a child a mobile has been a knotty issue for us.

Over recent months I have had my ears pummelled mercilessly by Caitlin because she says all of her friends have mobiles (they don’t) and at the very least iPhones (they don’t). She feared becoming a social pariah and missing out on the heady social life 10-year-old girls seem to have these days. 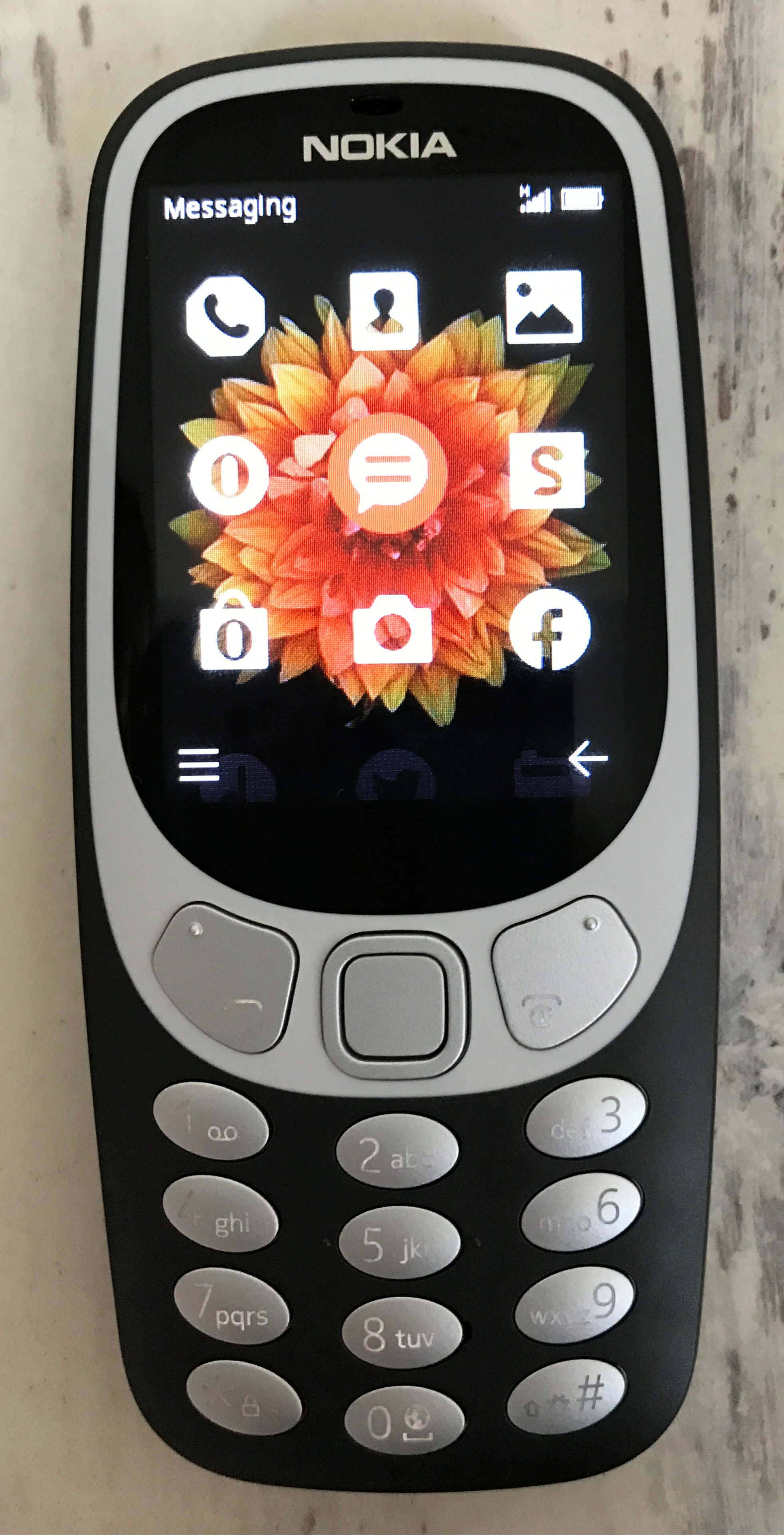 Since she is off to secondary school next September and she and her brother will be in separate schools, and since I am often parenting single handed due to the Husband’s business travel, being able to get hold of the kids has become an issue much earlier than I would have liked. 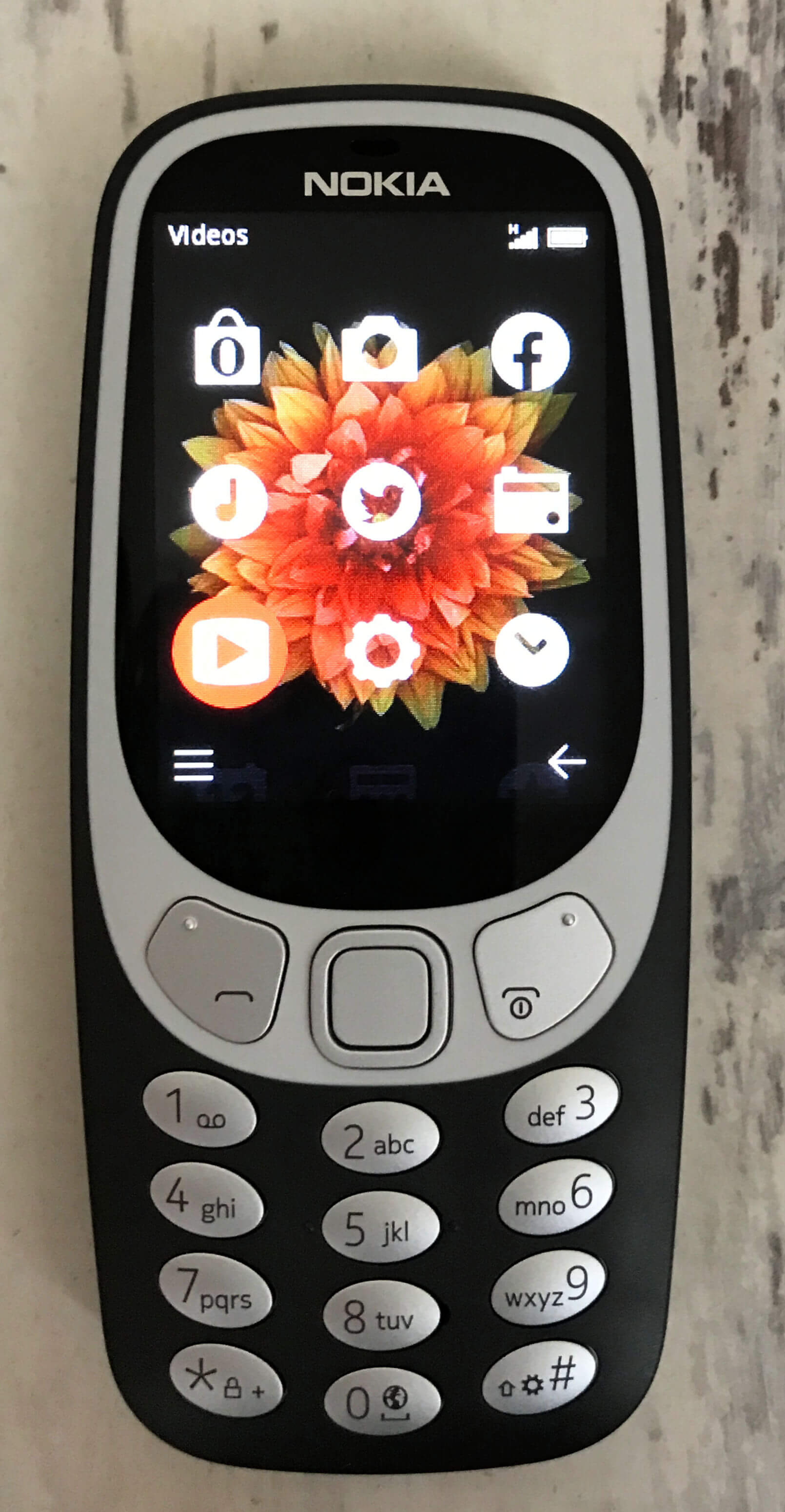 The Nokia 3310 3G Candy Bar is an ideal starter phone, both from the point of view of the price point and the functionality to let Caitlin prove she is responsible enough to look after one and to use it sensibly.

It is an attractive handset which takes a micro sim and has an adequate display screen, both in terms of size and brightness.

We used a Pay As You Go SIM from O2 on the Classic Pay Tariff with calls at 3p a minute, texts at 2p and data at 1p per MB.

The phone is perfectly adequate for phoning and texting and it comes pre-loaded with Facebook, Twitter and YouTube icons should you want to spend your credit on that but, in all honesty, I would only consider using the Nokia 3310 3G for this as a last resort. 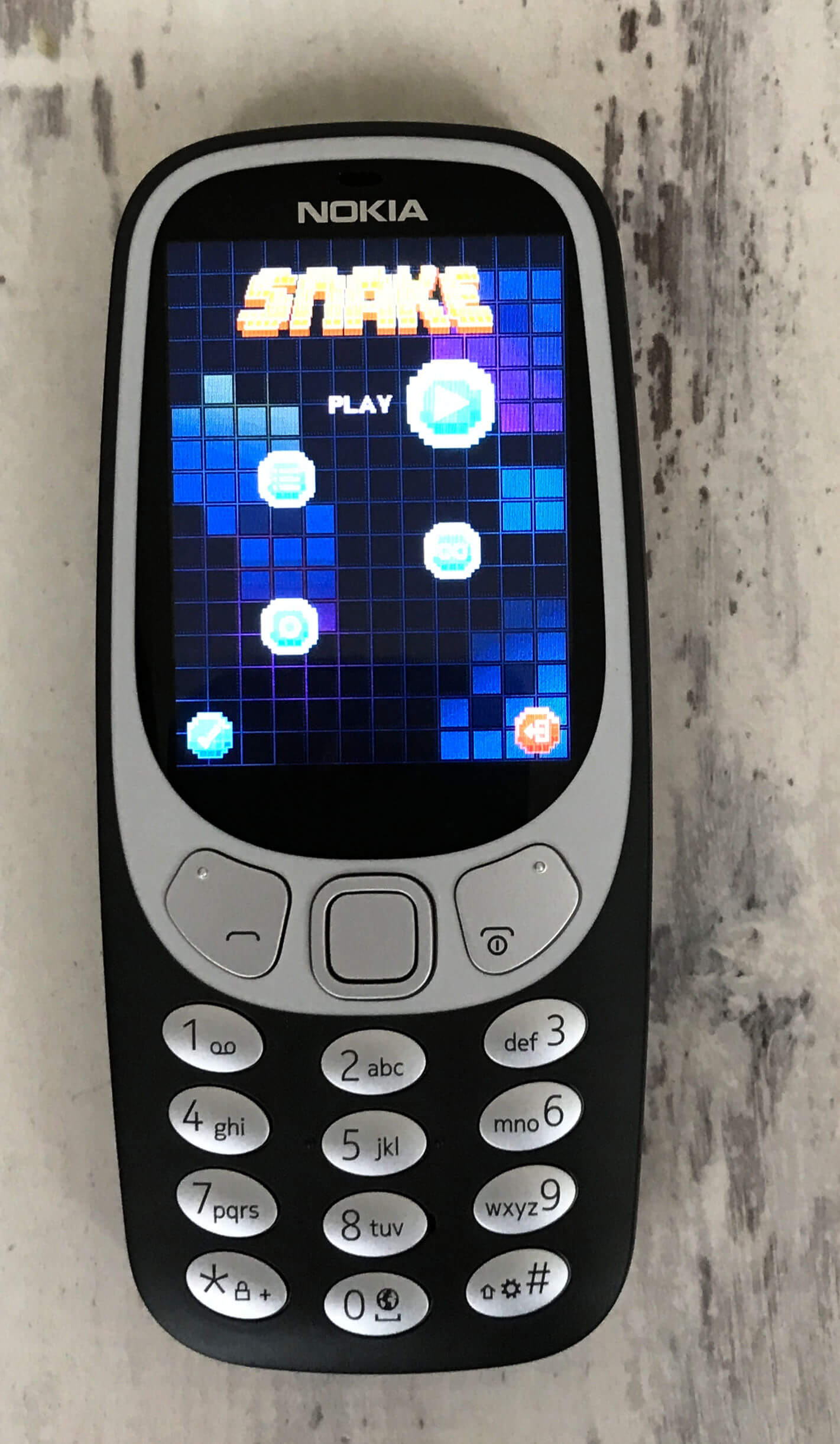 There is also the retro game “Snake” which may help to while away a few bored moments at the bus stop but, Candy Crush, it isn’t.  You can download other games of course but it is not a gaming phone.

There is a 2 mp camera which is perfectly adequate and photos can be downloaded to your PC via USB cable. There is no selfie camera but there is a handy torch. 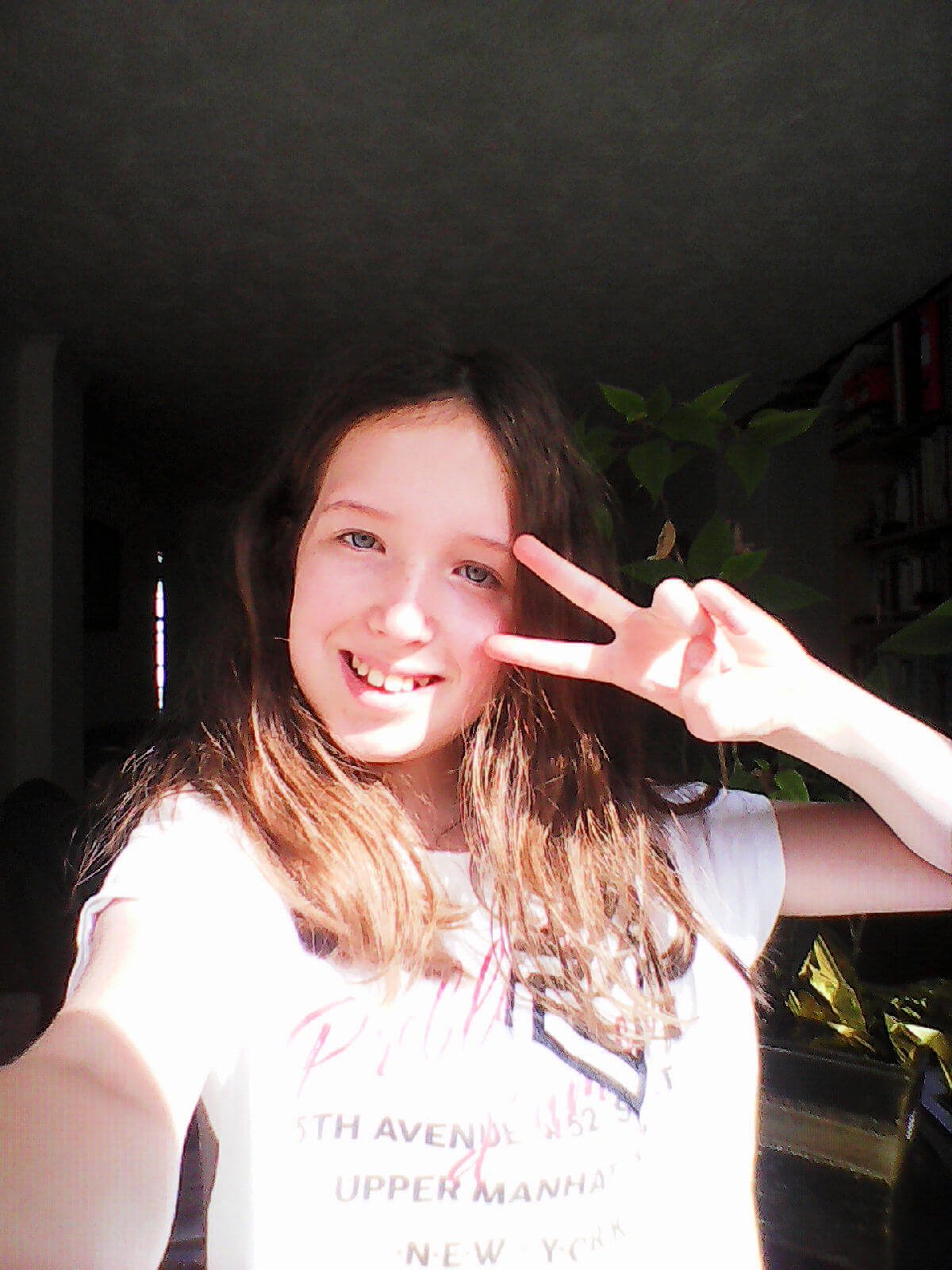 Nothing stops Caitlin from taking a selfie!

It is all basic, simple and refreshingly stress-free.  The biggest problem for Caitlin is that it does not have Whatsapp. I can also see that the phone would lack appeal for older kids who are regular users of Instagram.

Here are the technical details you need to know.

Nokia describes the 3310 as “a modern twist on a retro classic” and the phone has a purpose-built Nokia operating system which combines modern apps like Facebook and Twitter with a retro feel. 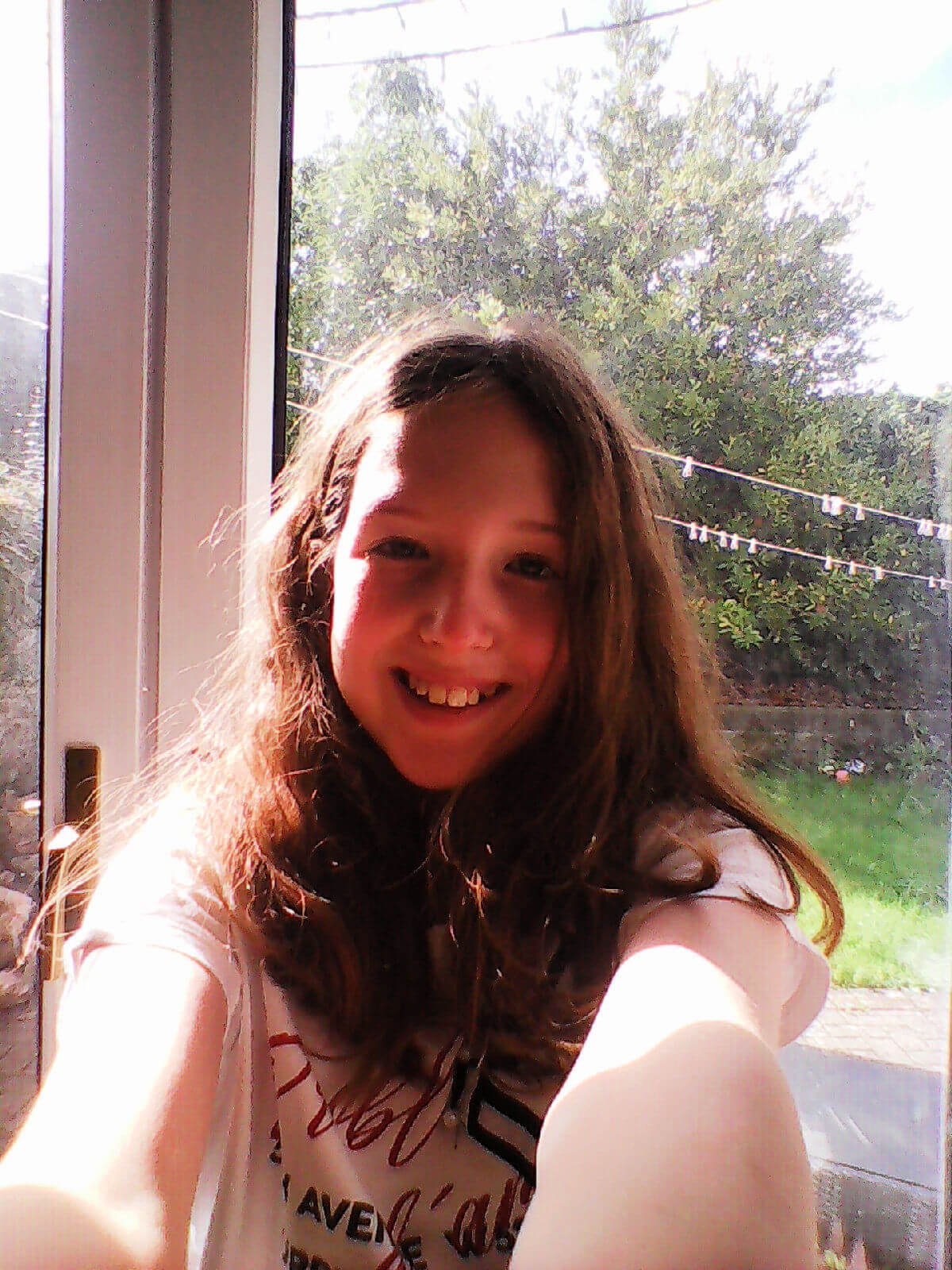 The screen (2.4 in) is slightly larger than the original model with a good battery life of 6.5 hours of talk time and 648 hours of standby.

This is an ideal starter phone for a youngster or an elderly person – or someone who just wants a phone without all the bells and whistles.

It would be an ideal family mobile- kept charged and topped up and available to chuck in a sports or ballet bag ‘just in case’ lessons over-run and you need to check where your child has got to.

It is also a very handy spare phone if something goes wrong with your work mobile and you can’t reach anyone – as has happened to me on several occasions.  That does rely on you having your contacts stored somewhere safely other than just your phone though!

The other plus point, for me, is that the handset cost is so low you don’t need to worry too much about insurance. The simplicity of the phone is also unlikely to make your child a target for mobile phone thieves which is always a concern for me when I hear about kids taking the latest handsets to school – even if they have inherited them when their parents have upgraded their own phones. 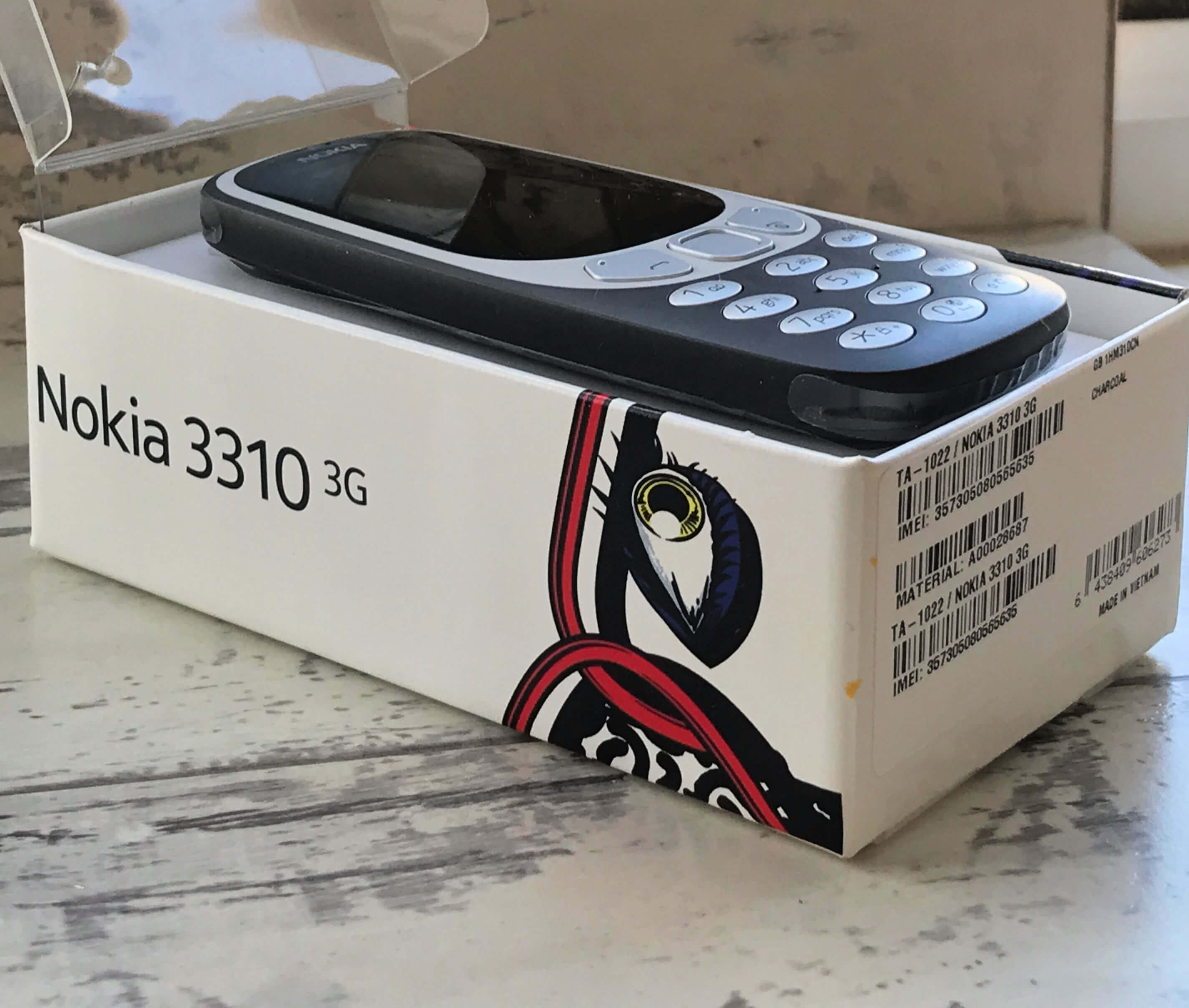 I suspect Caitlin will keep campaigning for a smartphone but for the time being the Nokia 3310 3G is perfectly adequate for her needs.  We’ll see how long it takes her to use up her credit and whether there’s a workaround for Whatsapp using an iPad. We’ll certainly be keeping this handset as a family mobile.

All in all, I was pretty impressed with the Nokia 3310 3G and you can find it at Amazon.