It’s funny, isn’t it, that we think nothing of wearing glasses (well, I do, as you might have read about my OCD problems here) but early onset hearing loss is a completely different issue that seems to be rarely talked about.

About three or four years ago I went for a routine ear clean at the University Hospital of Wales (I actually have a loyalty card for that hospital now) and was given a hearing test which showed I had early onset hearing loss – a mild to a moderate hearing loss at mid-frequency in both ears.  To say I was horrified at being diagnosed with a hearing impairment is an understatement. 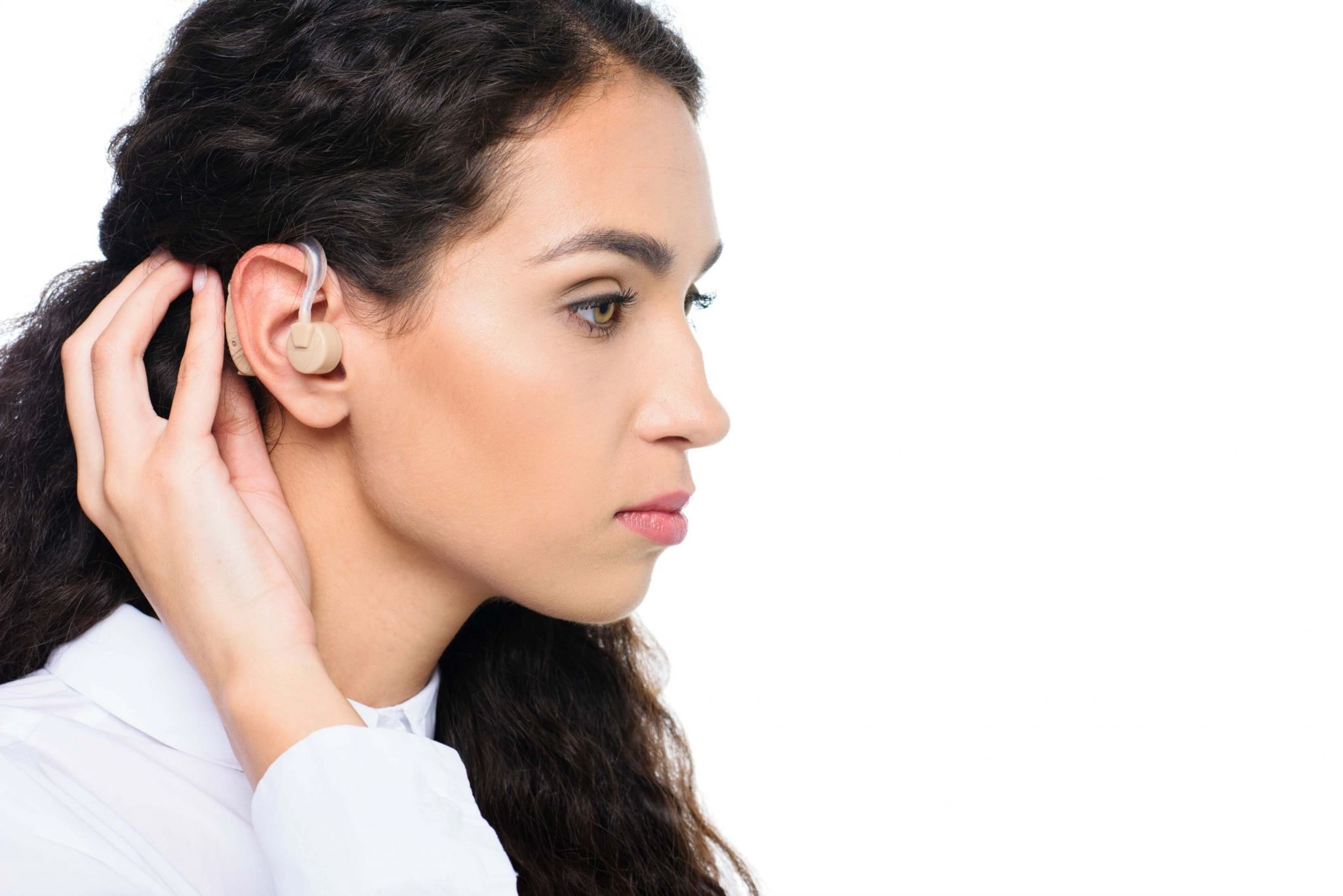 I could not believe it, despite the fact that I had been wearing glasses since I was 11, setting a precedent for my body’s ability to have one or two slightly ropey bits.  I was offered one hearing aid to try and I remember feeling quite tearful.  A few years later, I have two hearing aids, largely to help with the additional irritation of tinnitus.

My mother, whose own mother was one of 12 children, helpfully volunteered that one of her many cousins had “had a bit of trouble with their ears”.  She was, sadly, unable to recall the cause or the degree of the problem.  My paternal grandfather was also quite deaf but this may have been a result from fighting in Burma in World War I.

My tendency with any medical complaint is to seek not only a diagnosis but the actual, undeniable, set-in-stone cause (paging Dr Google!).  As I get older, I realise that things just happen to our bodies. That’s life.

I have to confess that I am still in denial and that I wear them my hearing aids intermittently.  The difference is a bit like switching the world back on.  It’s amazing how much you miss when you can’t hear – the little pleasures of life which are so easy to take for granted.

Worse than these, and why I will get over my reticence of wearing the damn things is that I had forgotten the true volume and pitch of my children’s voices and the sound of joy in their laughter.

Deafness at my level is an irritation.  When I go to a pub (minus my hearing aids) I have to sit next to my friends to hear them or directly opposite to lip read.  I am always telling the Husband off for trying to talk to me whilst looking out of a window.  We are like a comedy double act (me:  “can’t you speak up, you know I’m deaf”, him: “put your bloody hearing aids in!!!).  It’s not unlike one of my favourite episodes of Fawlty Towers with the deaf Mrs Richards where she refuses to wear her hearing aids because it runs the batteries down.

I find that I can hear the vowels in a sentence fine.  It’s the initial consonants I completely miss. The brain, being quite clever (well, not mine necessarily but you know what I mean) spots the gap and fills it for me – with something completely random.

“you want to see that jelly gone?”
“No, mum I want the telly on”

“You want to have a rhubarb crumble”
“No, move those shoes in case Ieuan stumbles”.

You get the picture.  It’s like a highly dysfunctional episode of Countdown.

In all seriousness though, I can see how totally isolating deafness must be.  But I also understand how difficult and frustrating it must be for loved ones.  We need to think a little more, I feel, about how we treat those with hearing problems. We need to develop the patience to listen to them, to explain ourselves, to adjust our volume.  Otherwise, the person suffering the hearing loss feels like they are existing in a huge ocean, where everything is muffled and they are left behind like seaweed on a rock abandoned by an ebbing tide.

So yes,  I need to wear my hearing aids.

The flip side of this is that we need to be so much more careful with our own hearing and teach our children how to protect theirs from noise-induced hearing loss.  I used to listen to a Sony Walkman far too loudly.  I used to listen to my stereo by lying on the floor with my head between the speakers. I didn’t go to too many gigs but I went enough to come out with my ears ringing.

I cringe when I hear people drive by with their car radios blaring or, more commonly these days, people on their car phones with the volume up so loud you can hear the entire conversation.   I’m uncomfortable at the trend for children’s discos (where I find the music too loud)! I can’t believe, either, how loud the volume in cinemas is. I’m told that damage is mitigated by the use of surround sound but I don’t believe it.  Read the Tinnitus boards on Facebook and you will find that many like I do, carry artists’ (musicians) earplugs at all times to protect their ears.

One of the articles I read recently claimed that the number two problem for military personnel returning from war zones (after PTSD) was tinnitus and hearing related problems. Nothing in my league, of course, but an indication of how soul-destroying unmanaged hearing loss can be.

If you think you need your hearing checked, I would suggest you talk to your GP first.  There are also many places where you can get a free hearing test – many opticians offer them now.  There should be absolutely no stigma about wearing hearing aids, as there is none about wearing glasses any more. You will be amazed at how much you may have been missing.

If you have any questions about my experience, feel free to tweet me @lindahobbis or leave me a question in the comments and I’ll answer as honestly as I can.