I have a confession. The first sign of a sniffle or one of those headaches where you suspect you have a temperature and I am reaching for the over the counter cold & flu remedies.

In fact, we have a cupboard heaving with an unhealthy mix of ibuprofen and max strength cold and flu sachets. 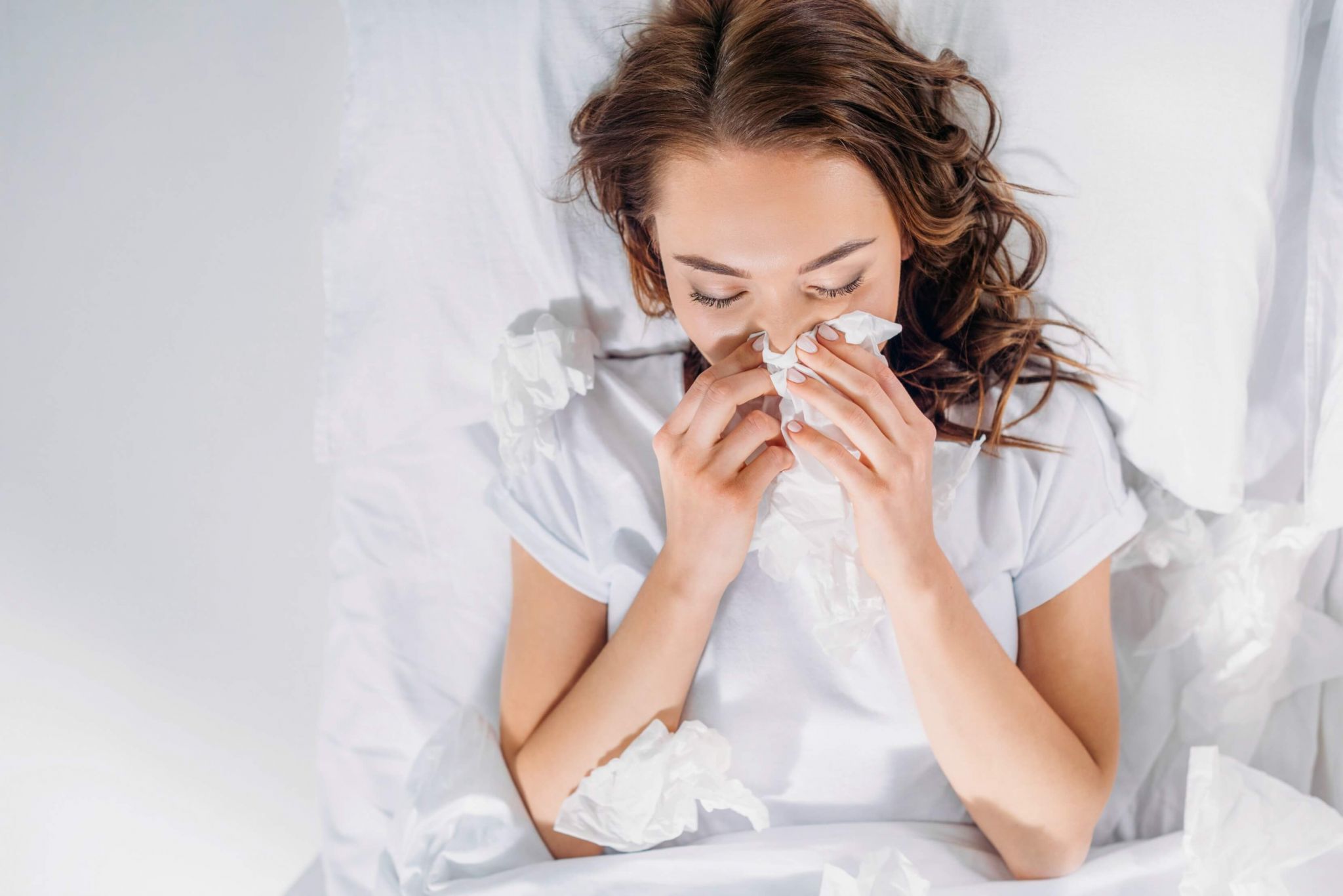 When you’re a busy parent and you’re juggling the needs of your family as well as the demands of your employer, the last thing you need is a cold. And if you have kids, in my experience, you tend to get more than your fair share.

All of which affects your immune system making you even more prone to catching a cold or, worse, the flu.

Throw in the organised fun of corporate hospitality and staff Christmas parties and it’s often only a matter of time before you’re languishing on the sofa under a blanket with a runny nose, earache and the shivers.

I have written before about common sense ways to prevent colds, such as:-

but there is now a new supplement made from a clinically tested blend of natural active ingredients which offers a way to treat your cold and flu symptoms when they arrive and boosts your immune system to prevent catching the virus in the first place. 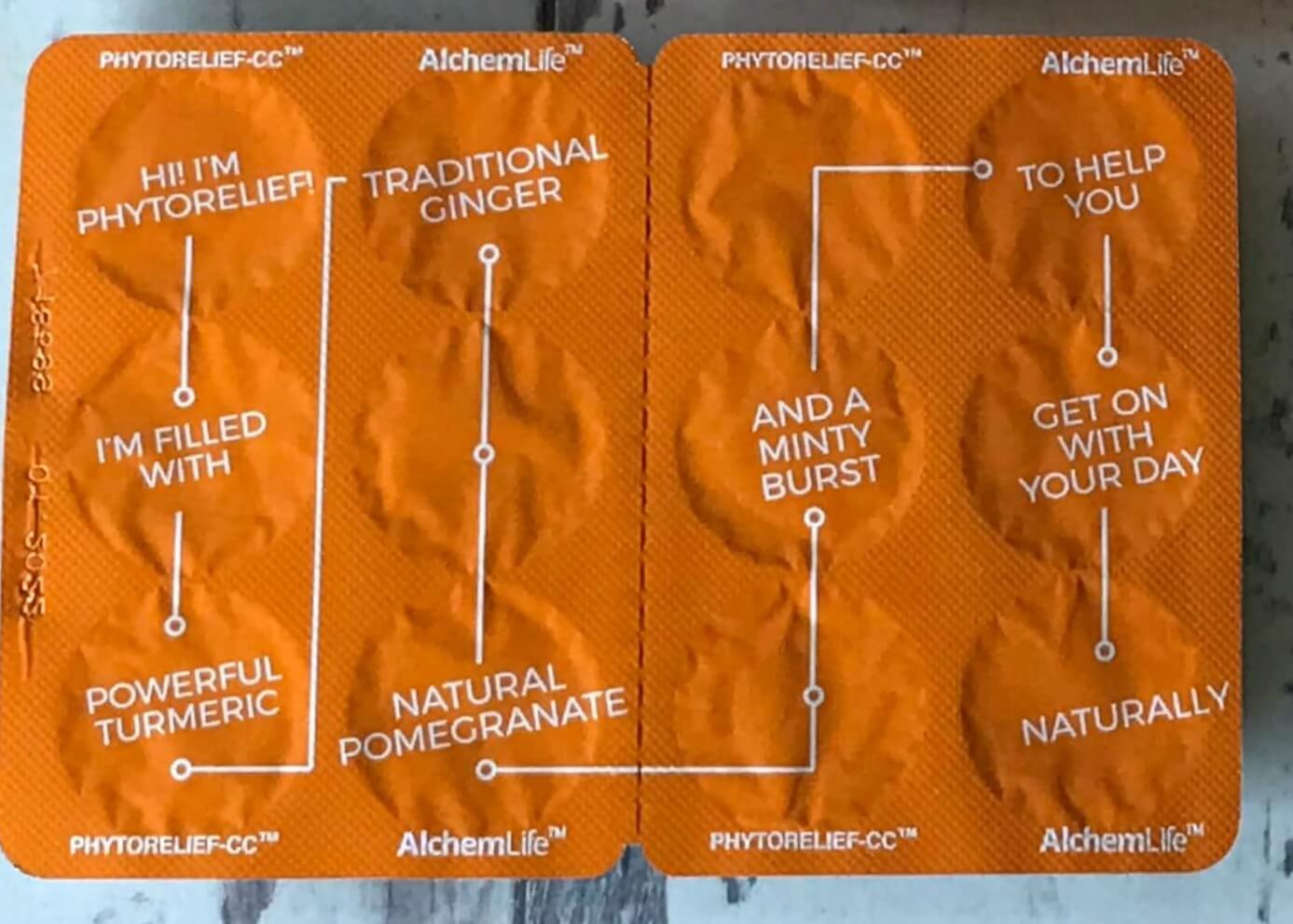 The supplement is called PhytoRelief-CC® and I was sent some by makers AlchemLife to try.

It is a pleasant-tasting sugar-free lozenge with a minty kick designed to be taken 3 times a day. You suck them rather than chewing them.

You can either take them to reduce existing cold symptoms such as a cough and a sore or itchy throat or add them to your daily supplement regimen to enhance your body’s general immunity. 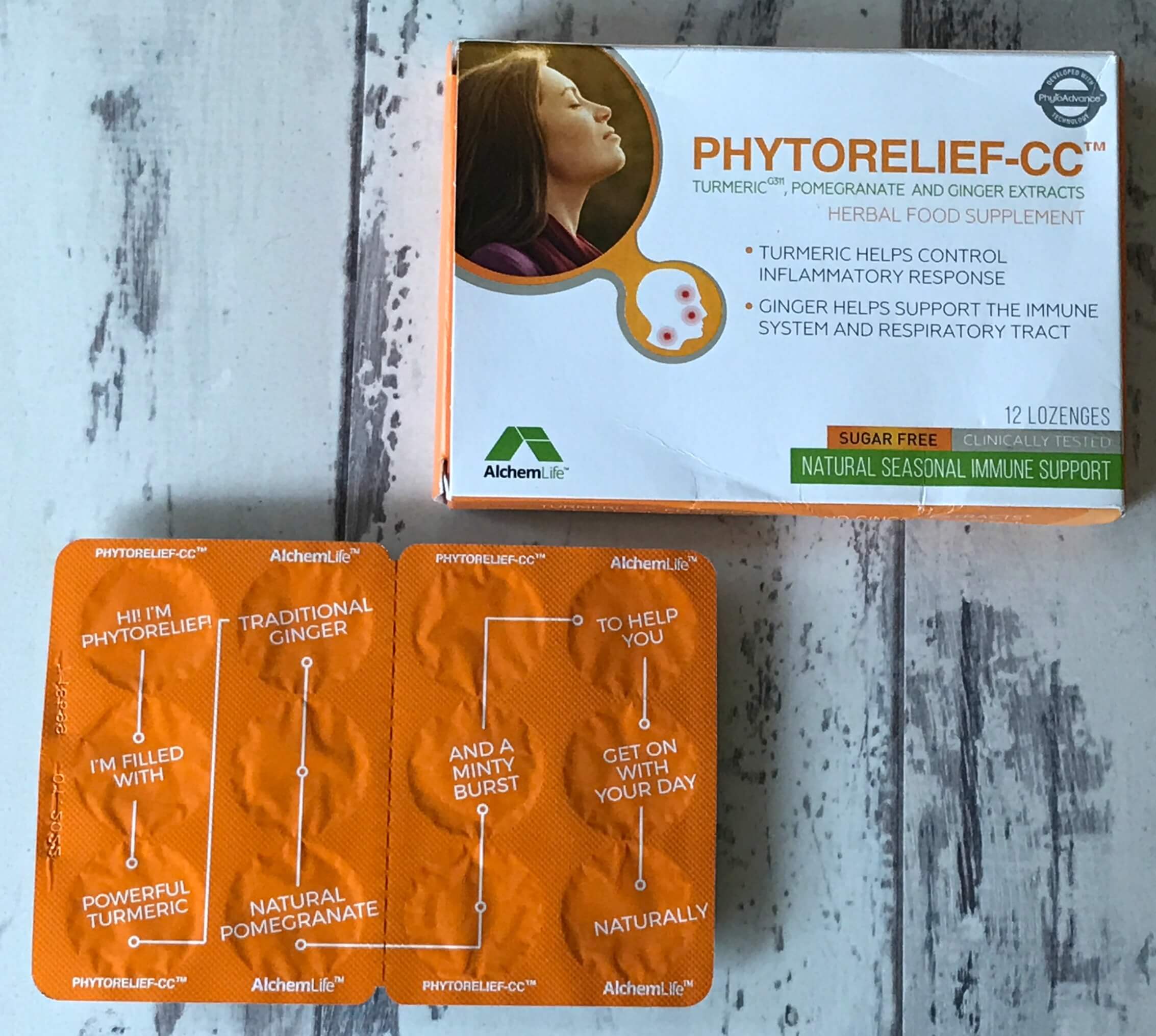 Its multi-action formula helps to build a natural barrier, boost immune response and reduces inflammation to manage the severity and duration of symptoms and get back on track faster.

These particular extracts support the immune system and maintain a healthy respiratory tract.

The taste is quite strong and certainly clears the sinuses. I found the PhytoRelief lozenges to be quite bracing and because you suck them, they last a decent amount of time to soothe your throat. 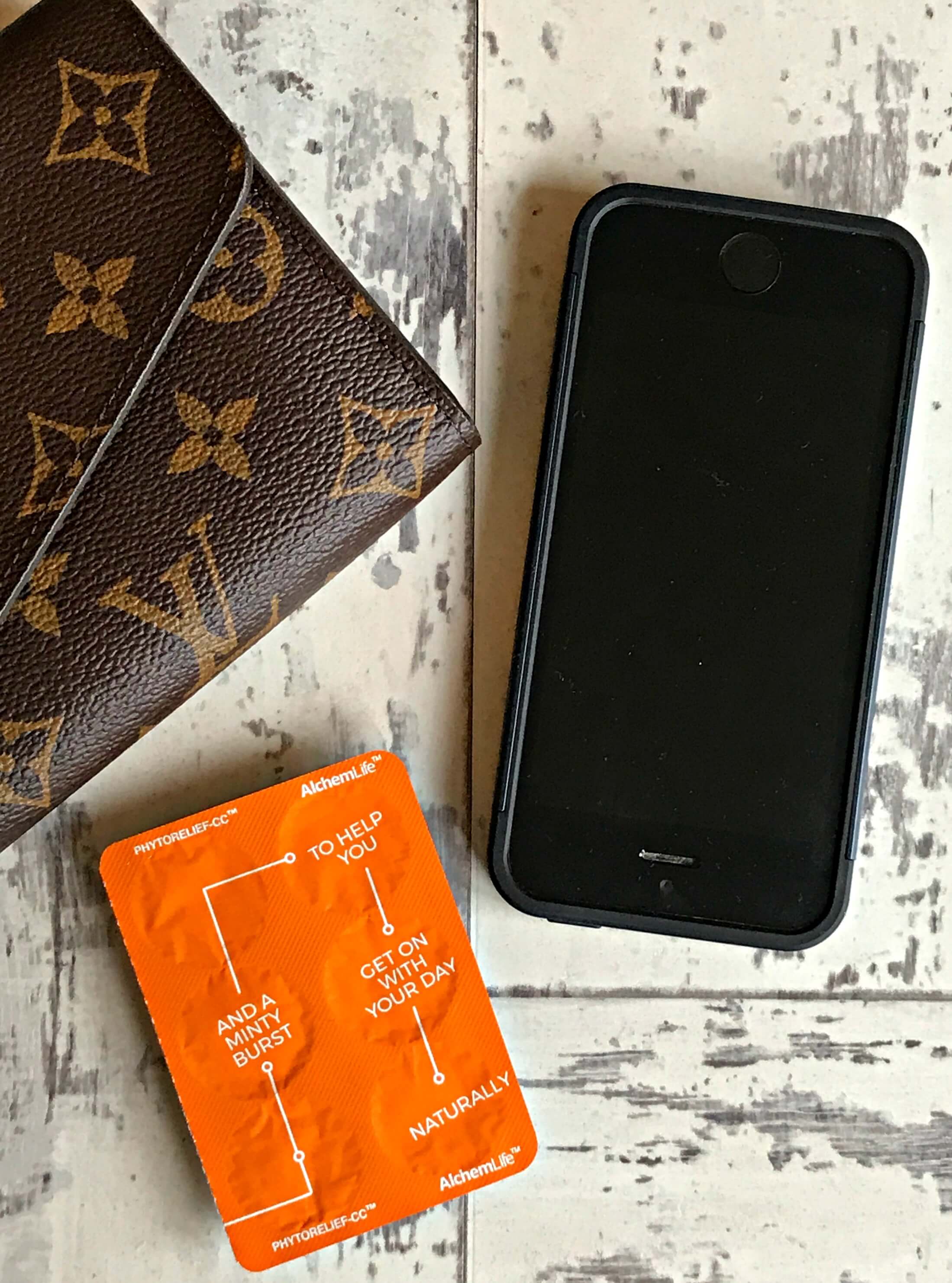 They come in packs of 12 tablets, with each lozenge contained separately in a pop-out bubble pack. They’re easy to throw into your handbag or work bag and, of course, you know you’re not taking drugs which could have serious side effects such as paracetamol and ibuprofen.

As a tinnitus sufferer, I should really be avoiding ibuprofen because NSAIDs (non-steroidal anti-inflammatory drugs) have been implicated in setting off and exacerbating tinnitus.

The Husband tried PhytoRelief lozenges when a cold threatened after Ieuan’s early morning Saturday football and says that they did seem to fend the symptoms off. I’ll bet a fair few of us fall prey to colds and flu after freezing to death on the sidelines of a playing field!

Published clinical studies have proven the effectiveness of AlchemLife’s PhytoRelief-CC® too in terms of reduced duration and severity of cold and flu symptoms due to its anti-microbial, anti-inflammatory, analgesic & immunity-boosting properties.

The research found that the occurrence of the signs and symptoms of cold episodes were reduced by 70% and that the duration of the disease was significantly reduced by 37%.

If you’ve got an important presentation coming up or a family event you really don’t want to miss, those statistics are not be sneezed at! 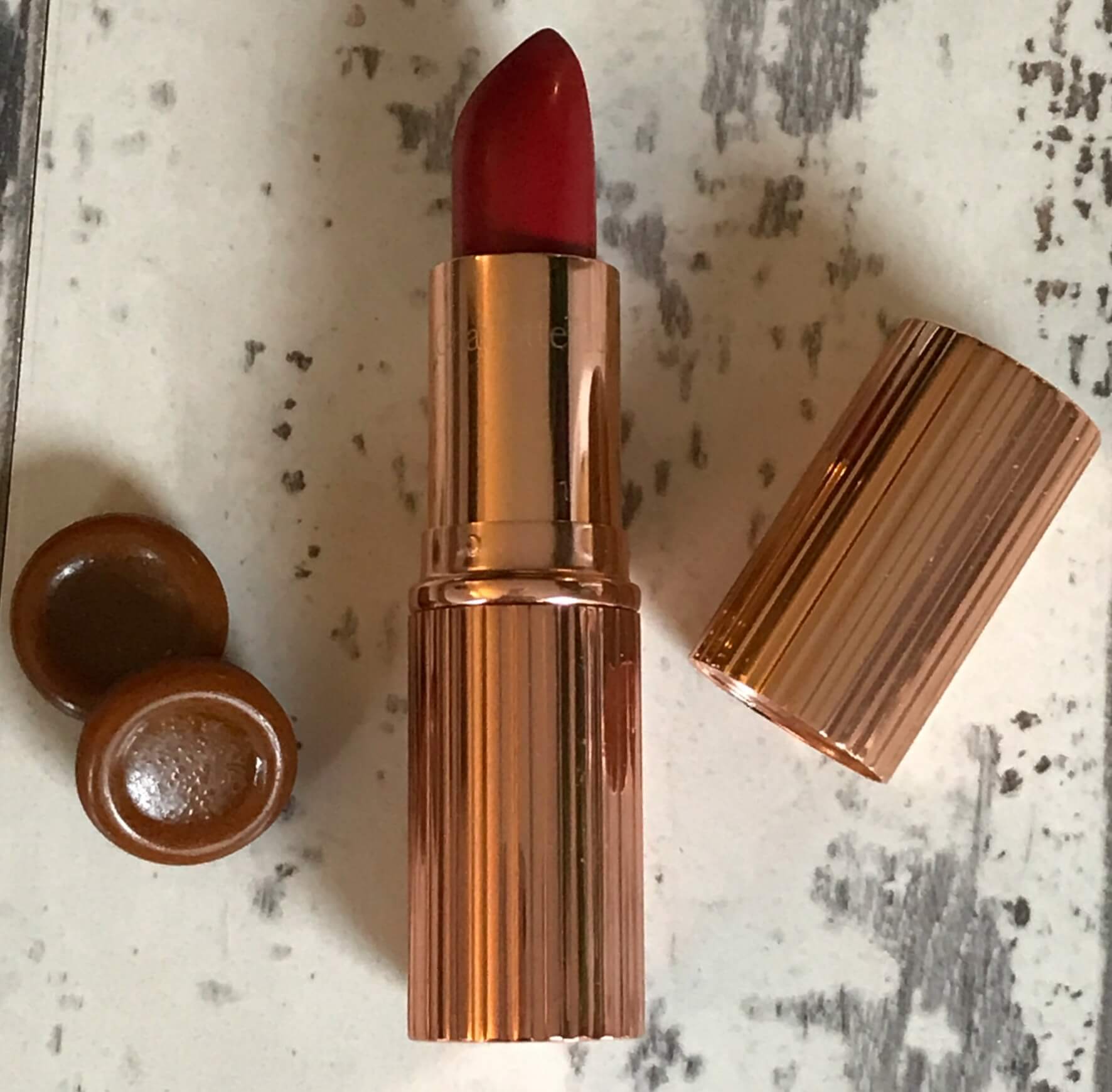 If you would like to try PhytoRelief for yourself, you can find them on the AlchemLife website or on Amazon.