When I got married in 2011 the Husband and I decided to postpone our honeymoon since we had two small children. 5 years later and we still have no honeymoon and two much bigger children. But I have been compiling a list of fabulous places on my honeymoon wish list and my latest addition is the beautiful island of Mauritius. 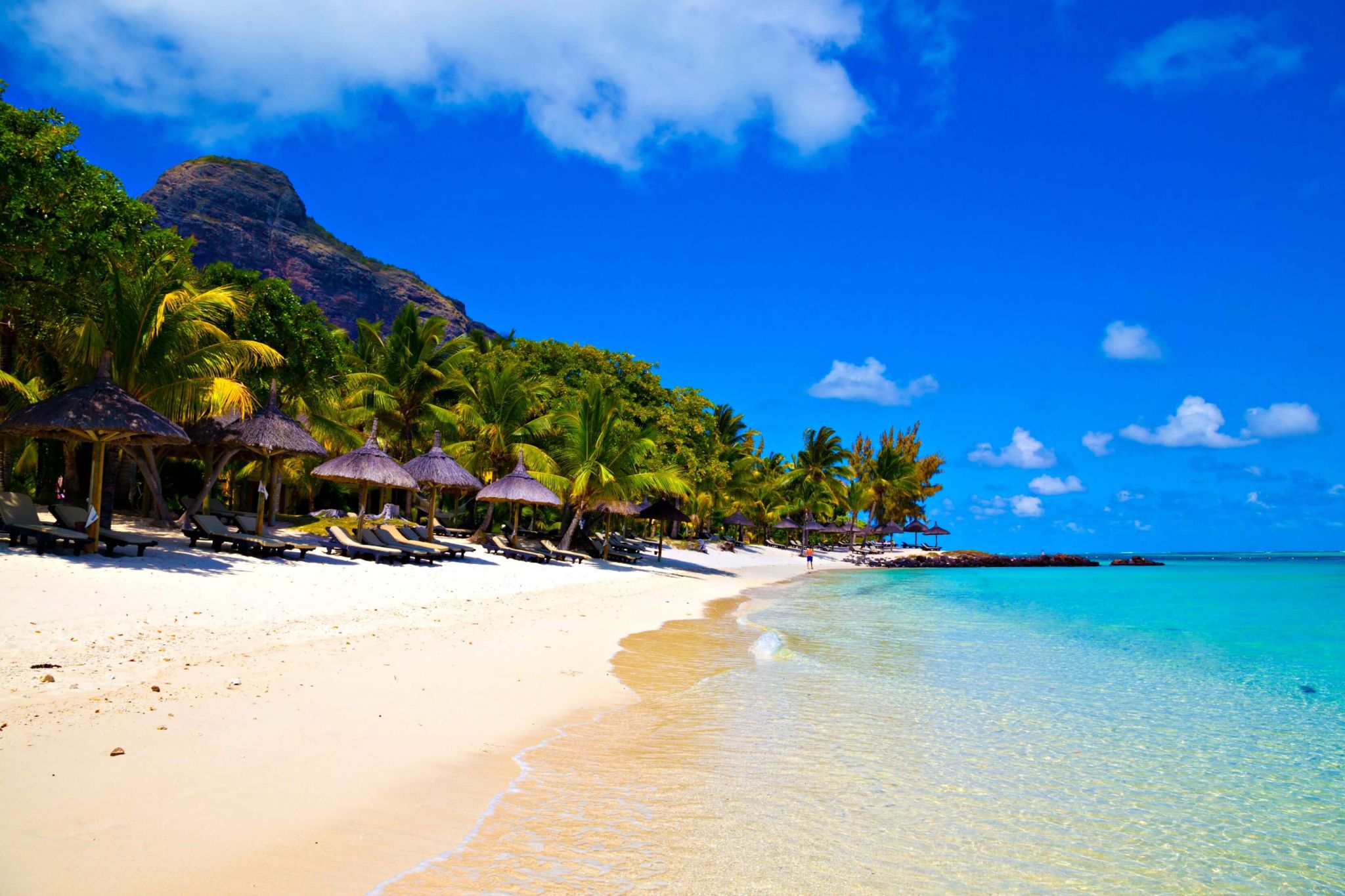 Mauritius is an island in the Indian Ocean located about 2,000 kilometres (1,200 mi) off the southeast coast of Africa.

Whilst we appreciate a beautiful beach, neither of us is an avid sunbather so our dream destination has to have lots of things to do and see.  We like to immerse ourselves in different cultures.

Mauritius is often referred to as the Continent-Island because its people is such a diverse mix of Europeans, Africans, Indians and Chinese. Mauritians pride themselves on being able to live and respect different ethnic origins.

And whilst there are some stunning beaches, there are 5 (at least!) very good reasons to visit – whether you are on a honeymoon or not. 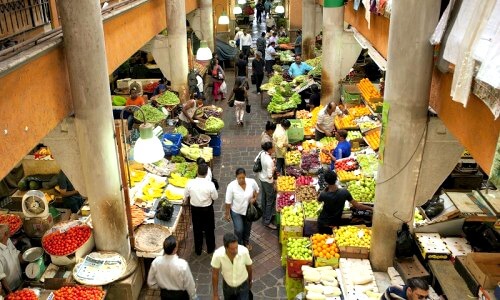 Port Louis is the heart of the island and the capital city was founded in 1735 by French governor Mahé de La Bourdonnais, whose colonial buildings are still to be seen. You can visit the colourful vegetable market and sample delicious street food and an array of restaurants. 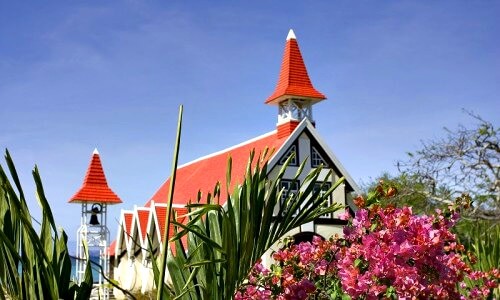 Situated further up the coast on the bay of Trou Fanfaron in Port Louis, Aapravasi Ghat is the original immigration depot where Mauritius was the first colony to receive indentured labourers after the abolition of slavery.

More than half a million immigrants arrived between 1834 and the 1920s to work in the sugar plantations.

The site became a National Monument in 1987 and a World Heritage Site 19 years later, and the official commemoration of the arrival of indentured labourers is held there every year in November.

Le Morne Brabant is a mountain on the Le Morne Peninsula in the extreme south-west of Mauritius where runaway slaves came to shelter through the 18th and early 19th centuries. They formed communities in the caves which lie nearly hidden on the slopes of the mountain.

You can explore the Government House as well as the historic Port Louis Theatre, the Central Post Office, the Court of Justice building and the old prison.

There is also the Vieux Grand Port historical route which has several historical monuments including the Dutch landing site.

Indulge in some fine dining 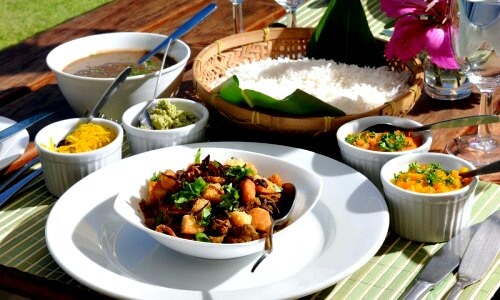 There are plenty of culinary experiences to be had in Mauritius, from Michelin-starred chefs fine dining to enticing street food.

Eating out is very popular among the locals. There are also cultural festivals like the Chinatown Festival which attracts thousands of Mauritians.

Then there is the international, award-winning rum ( a happy by-product of the island’s sugar cane industry), tea from Mauritius’ traditional tea fields and Mauritian vanilla, amongst the world’s best.

Explore The Island With Your Kids 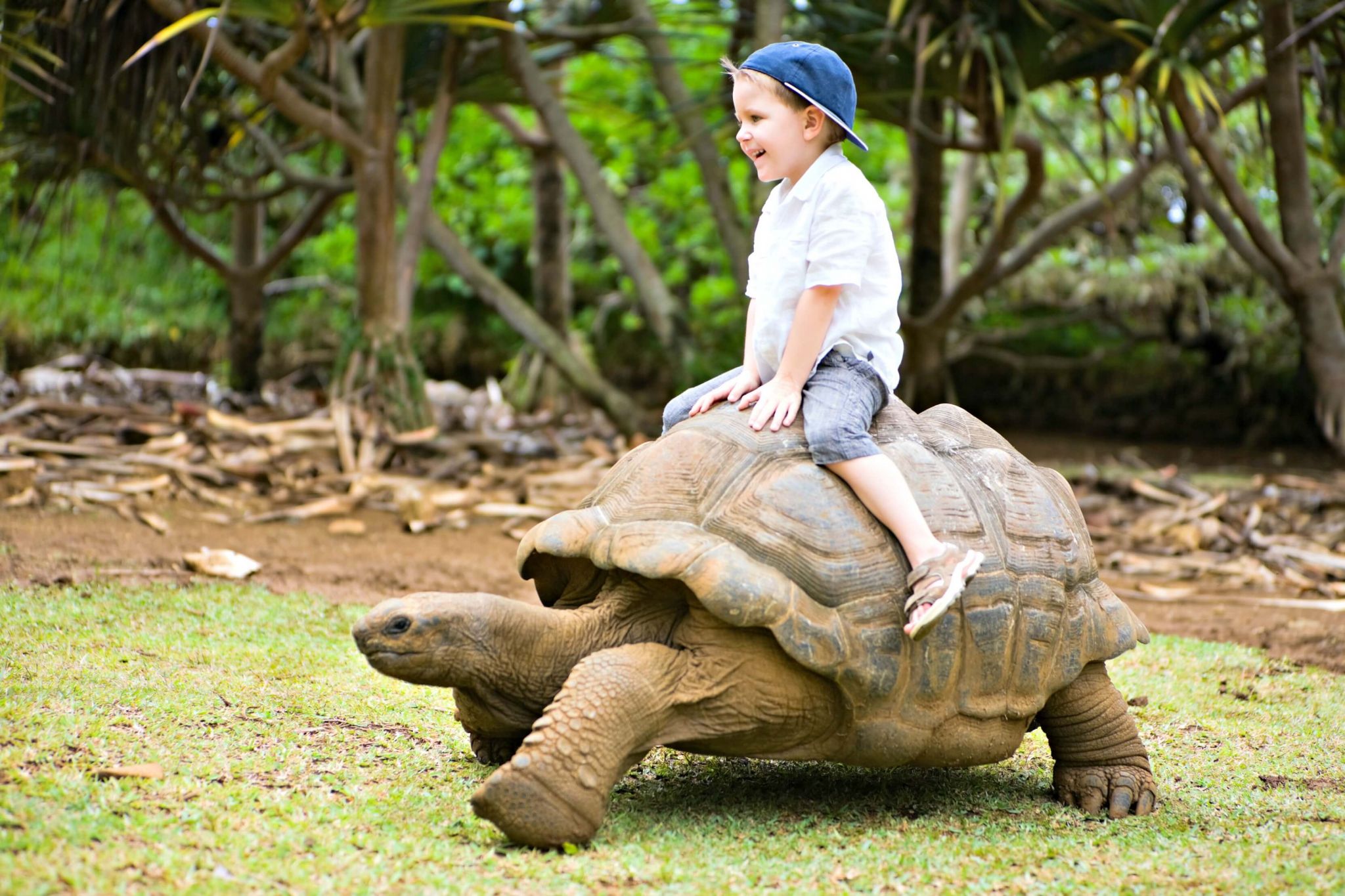 Since our chances of childcare are confined to the odd evening here and there, it is entirely possible we’ll have to take the kids.

Luckily most of the island’s resorts have kids’ clubs where dedicated staff look after the younger visitors with special activities, events and offers.

There are also amusement parks and museums such as The Blue Penny Museum, home of the world’s most expensive stamp, the National History Museum where the bones of the Dodo are kept or the Mahebourg Naval Museum.

Did you know you can also go zip lining as Mauritius has the longest zip lines in the Indian Ocean which allow you to view breathtaking surrounding and have magnificent views of the forest canopy?

The island is also abundant in wildlife.  You can make friends with 100-year-old tortoises, Mauritian Kestrels or Pink Pigeons, and bright-hued Macaws.  There are also 1,500 Nile crocodiles around and you can take a picture of a baby crocodile in your hand.

You can take a safari and see lions and giraffes or watch dolphins playing in the bay at sunrise.

There’s plenty to do to keep your family occupied (while mum tests a little more of that rum ….).

Go Off The Beaten Track

If you’re a bit more adventurous, you can go trekking to discover Le Pouce Mountain where you will find stunning views of Port Louis, Le Morne or the Black River Gorges. You can even try canyoning, an adventure sport gaining momentum in Mauritius.

You can take an off-the-beaten-track tour on foot in the city centre or a bicycle tour of a former sugar estate to learn about Mauritian hospitality and the local way of life or explore the sea on a submarine trip or undersea walk where you can explore the local coral reefs and shipwrecks.

Whether you are on a honeymoon or just a holiday, there is plenty of reasons to explore  Mauritius!

If you are getting married and are planning your honeymoon in a more organised fashion than we did, it’s worth knowing that all resorts have dedicated wedding planners.  And, if you are lucky, you may be invited to a lavish and colourful Mauritian wedding.

I’ll be muttering about renewing our vows in the Husband’s ear.  Wish me luck.