You know, I always find it strange when my girlfriends say they don’t know if a man is really interested in them.  And most blokes seem to remain resolutely oblivious to the most obvious of flirtation signals. If you’re looking for signs he’s really into you or if she would like to take things further, read on. 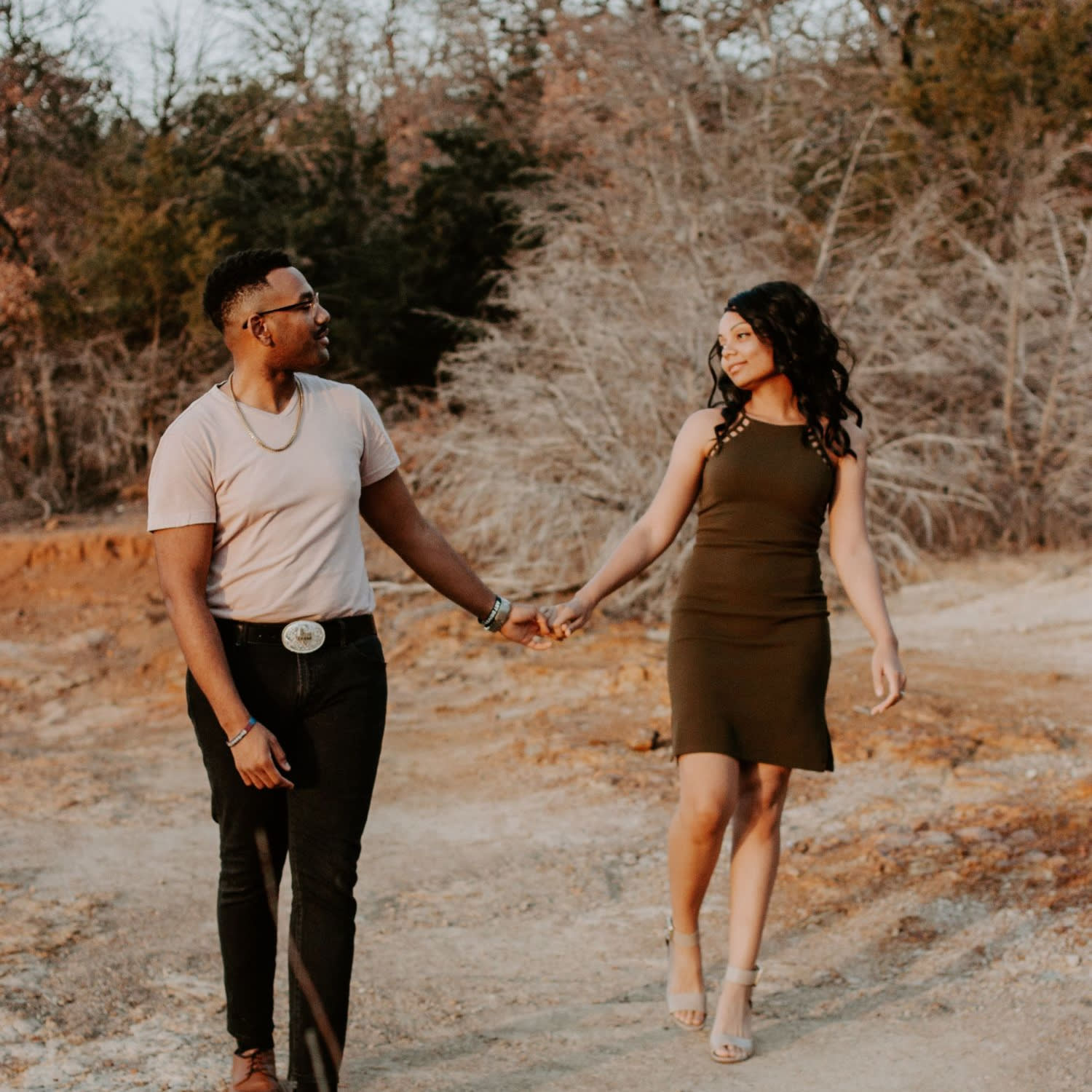 Prior to my becoming a “respectable married woman”, I had quite a lengthy flirtation with internet dating. Now I know a lot of people are still quite sniffy about meeting a partner this way, seeing online dating as the refuge of the dateless and socially inept, but I found it immense fun and an excellent way of deciding what I wanted in a man.

A long-time single girlfriend of mine (and I mean years) would love to meet a special someone but won’t try online dating on the grounds that she’d have to have a profile picture.

It’s funny how we’ll happily supply the most ghastly of photos for passports and driving licences but when it’s a question of our attractiveness being judged, nothing less than a photo-shoot with David Bailey will do. She also worries about work colleagues finding her out.

Frankly, unless you’re the boss of MI5, I’m not sure this is too much of a problem, always assuming of course that your profile is the right side of mainstream and there’s nothing to scare the horses.

Rather than view my dates as a nerve-wracking experiment, I pretended I was ‘auditioning’ the latest candidate, thus making him the one on trial rather than me.  Possibly a weird mental switch, but try it, it works.

Anyone who works in HR or who interviews as part of their job knows that the first judgement of a candidate is normally made in the first few seconds of meeting and that most of our communication is non-verbal.

Yes, what you say is less important than how you say it and the various signals you give out. I could read body language tomes all day from self-styled ‘sexpert’ Tracey Cox to the grandfather of body language study himself, Desmond Morris.

So, when you are at a party or a date, take a moment to observe your potential partner in action. This is no bad thing because the late Helen Gurley Brown (Editor in Chief of Cosmopolitan Magazine) once said: “if you’re doing all the talking, you’re boring somebody”.  Silence is power. 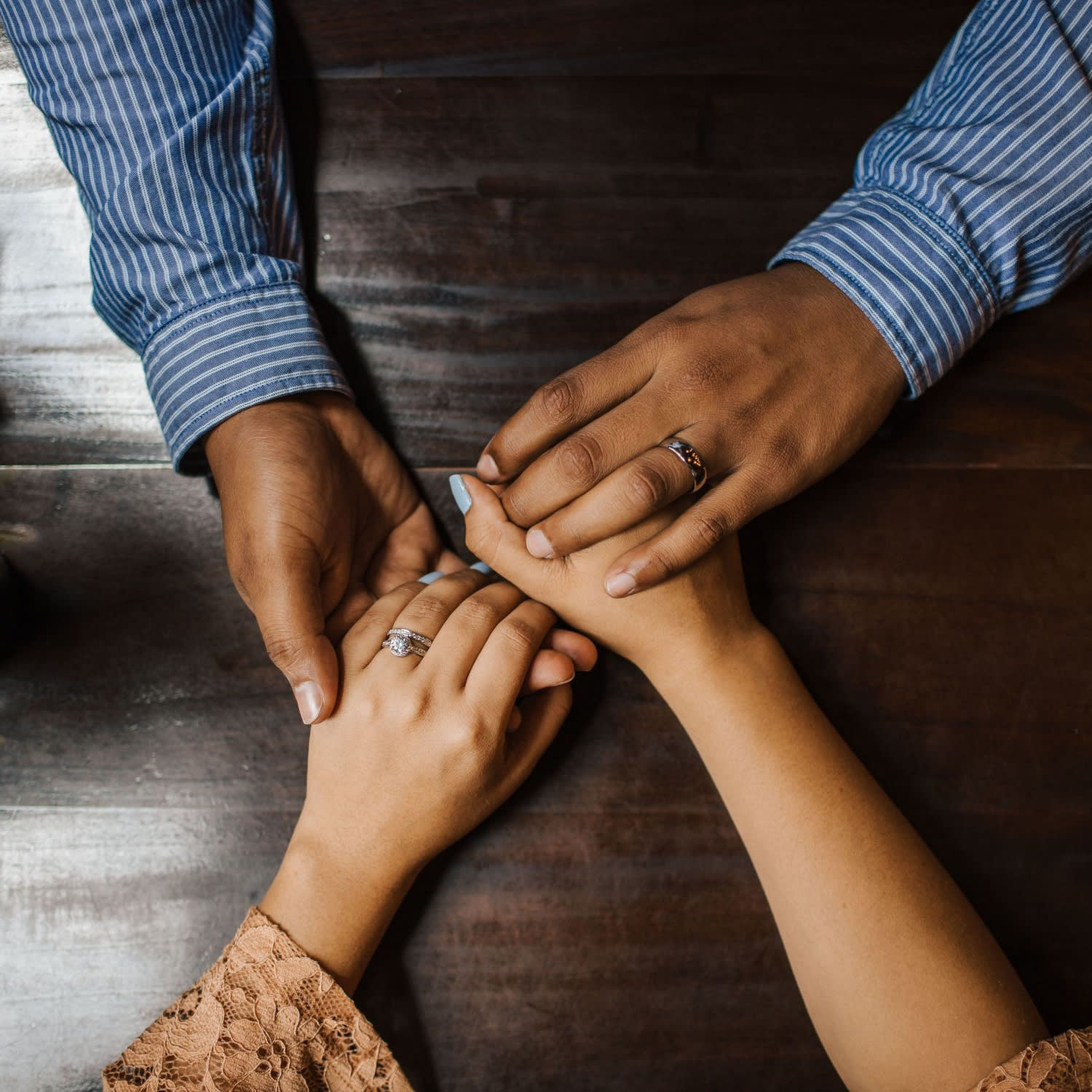 Signs he’s really into you (or she!)

Prolonged eye contact – particularly if they look into your eyes and then at your mouth.

Proximity – are they sitting close to you or, if not, are they turned towards you? If you are standing in a circle with others, have a quick glance at the floor to see if their feet are pointing towards you.

Preening – I’m sure we all know the classic preening gestures such as toying/flicking hair or licking lips.  Some men will hook their fingers in their belt loops, unconsciously ‘pointing’ to their groin. Some women will stroke their throat, drawing attention to their breasts.

Mirroring – if you both have a drink, look to see if you both lift your glasses to sip at the same time or if you change your posture, do they change theirs too?

Territory – if you are sitting across a table from each other, try putting your glass or a piece of cutlery down on their ‘side’ of the table.  If they are comfortable, they’ll probably let it stay there.  If not, it’s likely to be pushed straight back (whether consciously or, more tellingly, unconsciously).

Conversation – do you both finish each other’s sentences?  Are your questions being answered without just a curt yes or no? 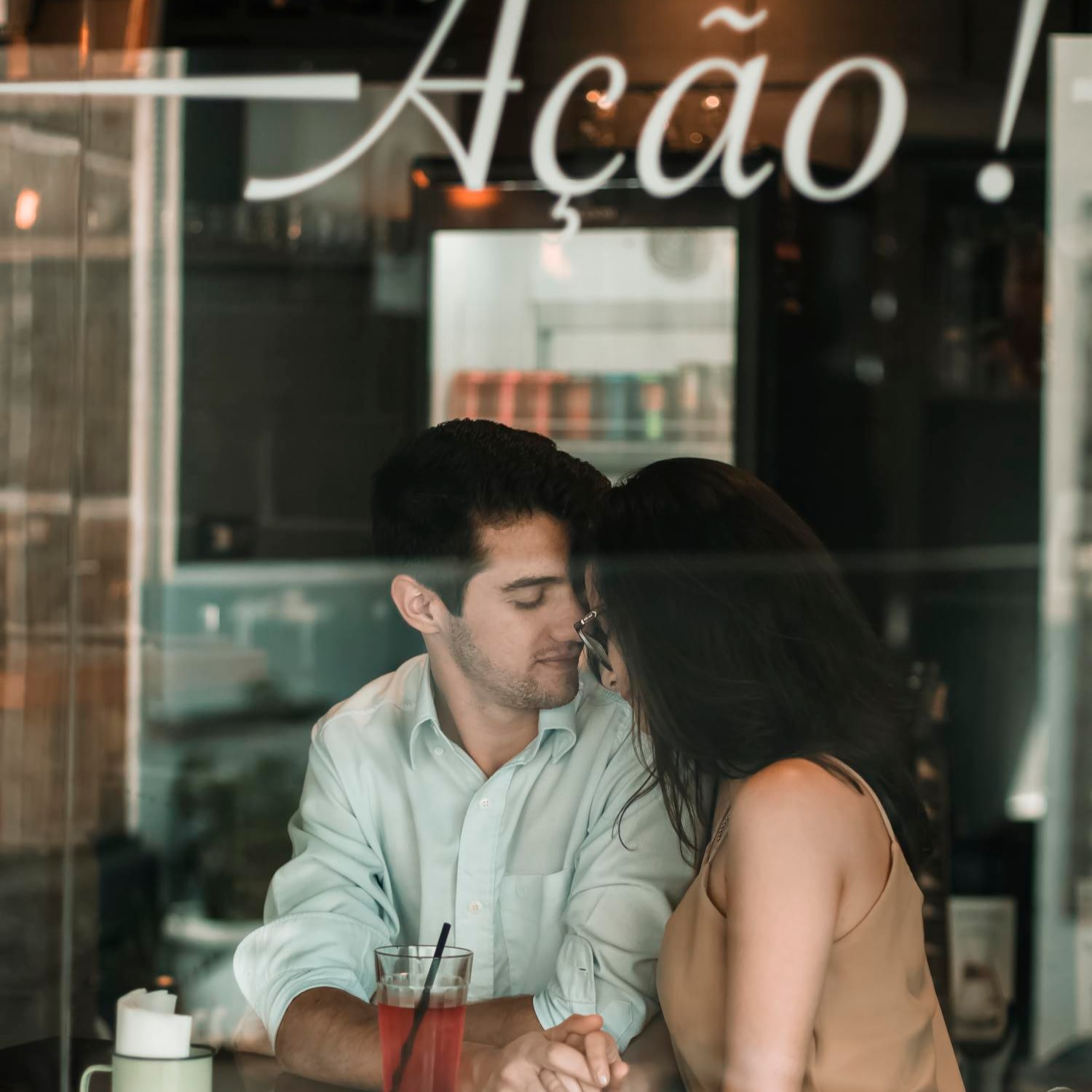 Including you in future plans – do they say things like “oh, we must do that at Christmas, or I must take you to see this movie”? Then they see you in their future.

Introducing you to friends they run into – if you bump into their friends when you’re out, watch to see how they react.  If they’re keen, they’ll be sure to introduce you and use your name.  If they leave you hanging back while they catch up on gossip, that’s not a good sign.

Revealing gestures – the inside of the wrist is considered to be an erogenous zone – watch to see if there are lots of palms up / wrist revealed gestures.  Revealing the wrist whilst smoking is a classic flirtation gesture and you could probably write a book about Hollywood’s use of smoking as flirtation.

Now such a thing would be not quite Disney and I suspect that trying the same femme fatale routine with an e-cig probably won’t have the same effect.  It’s probably far sexier these days not to smoke unless you’re happy to keep leaving the table to stand outside with other lonely souls and light up in the rain whilst your date eyes up other prospective partners in the restaurant.

Ending the date by planning another  – if they’re keen they’ll indicate when they’ll next be in touch and they’ll be specific about it.  They’ll want to get a date in your diary as soon as possible.  If, on the other hand, they say “it’s been great, I’ll catch you sometime next week”, I wouldn’t waste too much time waiting for their text or call.

The Kiss – I don’t really have to explain this one but bear in mind that should the evening end on a hot and heavy note, there’s still no guarantee you’ll get another date.  There are some who are capable of monumental double standards when it comes to sex on a first date. 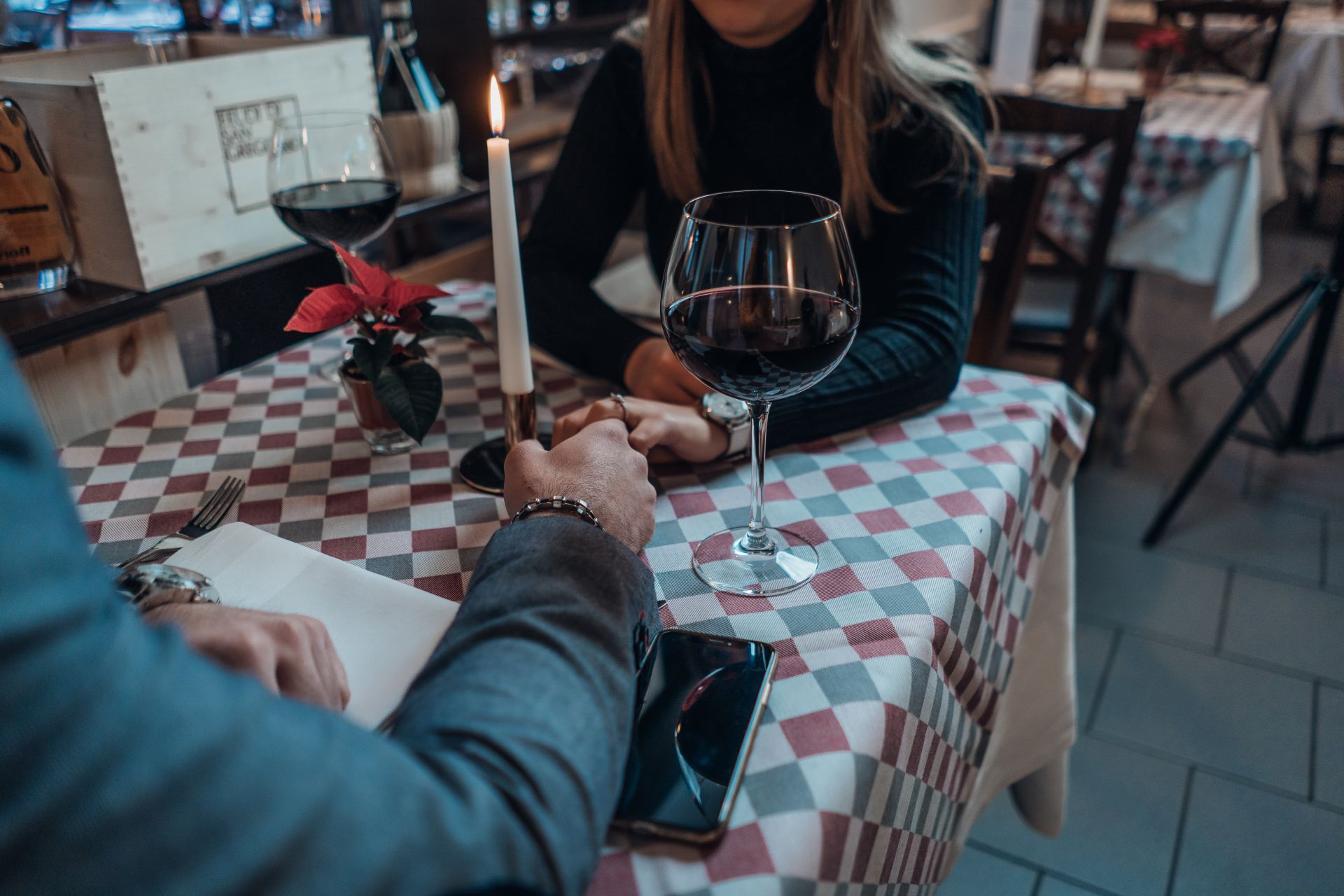 Lack of eye contact – that thing where you’re dancing and you just know he’s checking out other women over your shoulder.

Constantly checking a mobile – be honest.  If they are checking their email or updating their Facebook status, chances are they aren’t that keen!

Pomposity – they sit with both hands behind their head maximizing their physical size and space. This is the gesture of arrogance and superiority.  Him Tarzan, you probably one of many Janes. Either way, you’re not considered an equal.

Closed answers – yes / no answers that leave the conversation in the air and stunted silences.

Not asking about you – this is a pretty obvious clue!

Talking about the Ex – no, no and once again, no!

Not attempting to prolong the date – if you finish the last mouthful of your dessert and they ask for the bill rather than coffee, not good.  Some women think men should pay on the first date.  I’m more pragmatic.  I think it’s OK to split the bill, particularly if you earn more than he does.  But if he starts to quibble and wants to split the bill to the penny, I’d probably run.

Let’s be honest.  If your date is not making every effort to know when they will see you again, then in the words of that famous dating bible inspired by “Sex & The City”, he’s just not that into you.

You may remember the book “The Rules” which was popular about ten years ago which contained rather militant advice such as “if he phones after Wednesday asking for a date on Saturday tell him no”. You were supposed to be a creature of mystery, alluring and just that little bit hard to get. When you get to a certain age, all that game playing is very wearing, decidedly not sexy and, generally, a complete waste of time.

You can find plenty of dating advice on my occasional problem page.