As the kids prepare to return to school, some mums don’t want them to go.  We only have 18 summers with them, they exclaim – and now there’s one less.

But let’s just say that some of us are more ready for their return to school than others.  Here’s my 21 point primer just in case you are in any doubt.

1.  It says term starts on a day in September somewhere on a piece of paper that has been in the bottom of your bag since July.  You will obviously have to check this rumour with all the other mums via Facebook. 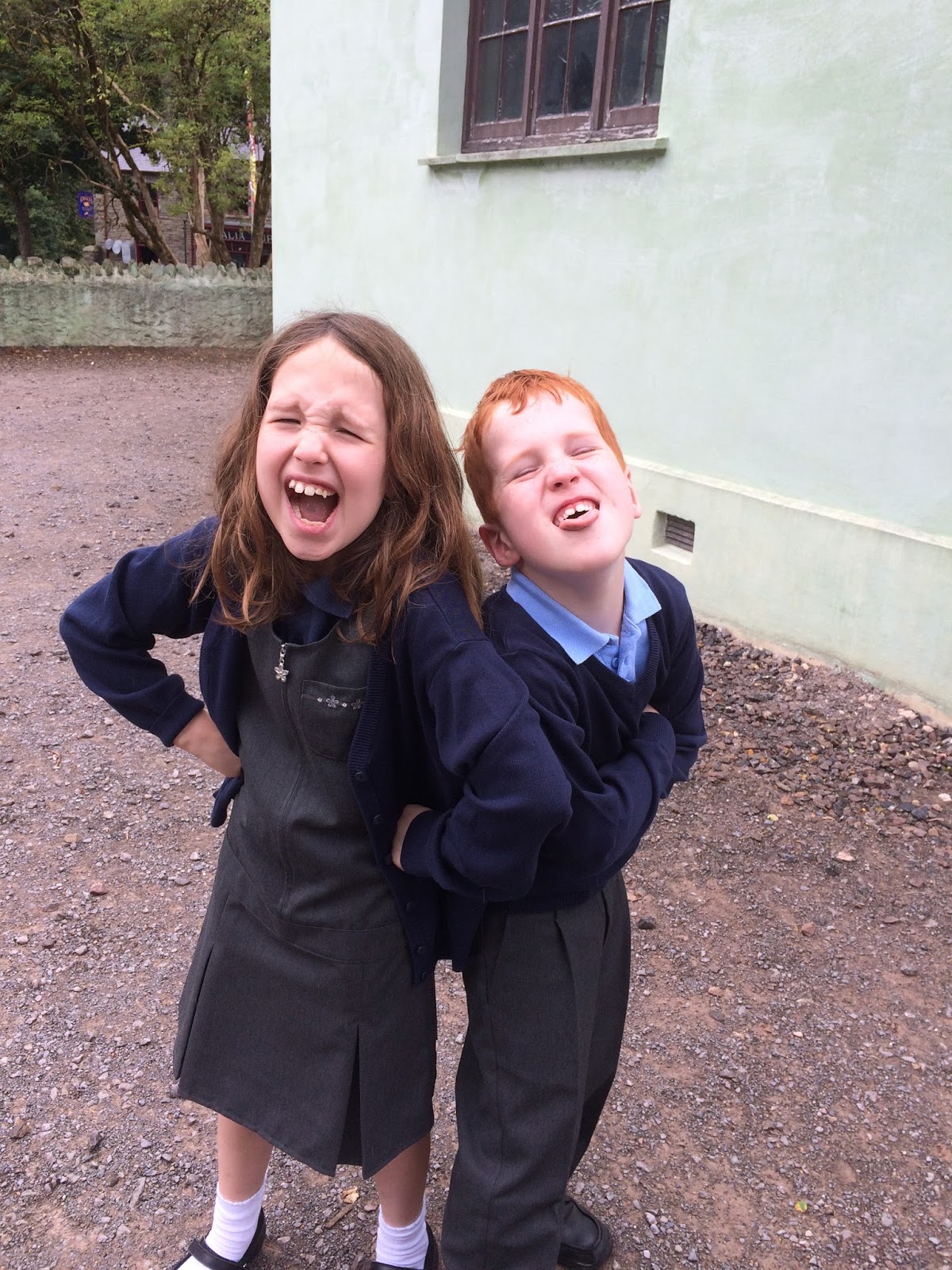 2. Vast swathes of Valencia filtered holiday photos featuring happy children in water parks have started to appear in your Instagram feed.  Each photo is accompanied by a minimum of 30 hastags #OhPants.  The return to school heralds endless shots of pens, pencil cases and anything that smells of antiseptic fruit.

3. You have watched every single episode of Horrid Henry and Mr Bean and now wince when you hear the opening music.

6.  The kids have actually just read a book voluntarily

7.  You’ve put on 10 pounds from snacking with the kids – elevenses, three’ses and that strange half hour before tea where you know you shouldn’t feed them but CAN’T TAKE THE MOANING ANY MORE.

8.  Having failed to deliver on 90% of the promises you made before the holiday started (yes we will canter through white-capped waves at dawn before frying our own breakfast on a camping stove), you cave in and agree to take them to the local cinema for the latest kiddy flick and a £15 bag of pick ‘n’ mix.

9.  You are happily referring to red wine as “mummy’s special squash”.

10.  The bottom of your handbag is a sticky morass of spilt brown sugar from coffee shop packets which have combined to create a caramel so strong you could stick yourself to the ceiling with it.

11.  Rather than Mary Poppins, you now resemble a woman on the edge after 6 weeks of terrible PMS and the only thing that is cheering you up is the fact that you’ll soon be able to spend more time with adults somewhere that doesn’t have a ball pit or carry the risk of deafness simply by entering the building.

12.  Reading weepy posts from mothers missing their children before 9 am on the first day back is making you question whether you accidentally took someone else’s children home from the hospital.

13.  Your book “30 minutes to a cleaner home” is now buried under a pile of school shoe boxes, crisp packets and guarded by Shopkins.

15.  They are starting to look at you with their little evil eyes, particularly Linda Layercake which was apparently named after you.

16.  You develop an unholy terror of Claire’s Accessories.

17.  Along with your terrible case of “Lego Foot”.

18. You start to feel uncharacteristically wistful and even tearful at the thought of sending the kids back to school.

19.  Combined with an unearthly sense of jubilation that you have survived!

20.  You unearth your Uggs just to see the horror on our husband’s face and you practise the ‘mum bun’ for the right degree of dishevelment.

21.  Weirdly,  you feel compelled to work out how many days until half term because, if you’re honest, you don’t mind the kids really, plus having them home is an excuse to eat crisps.

Celebrate your maternal feelings I say!  Have a great new term and enjoy the kids’ return to school!