In this edition, boyfriends who ‘forget’ your anniversary and call you a crybaby, texting 200 times a day and when you move somewhere new and struggle to make friends. My boyfriend won’t talk to me, you say?  Here’s my advice. 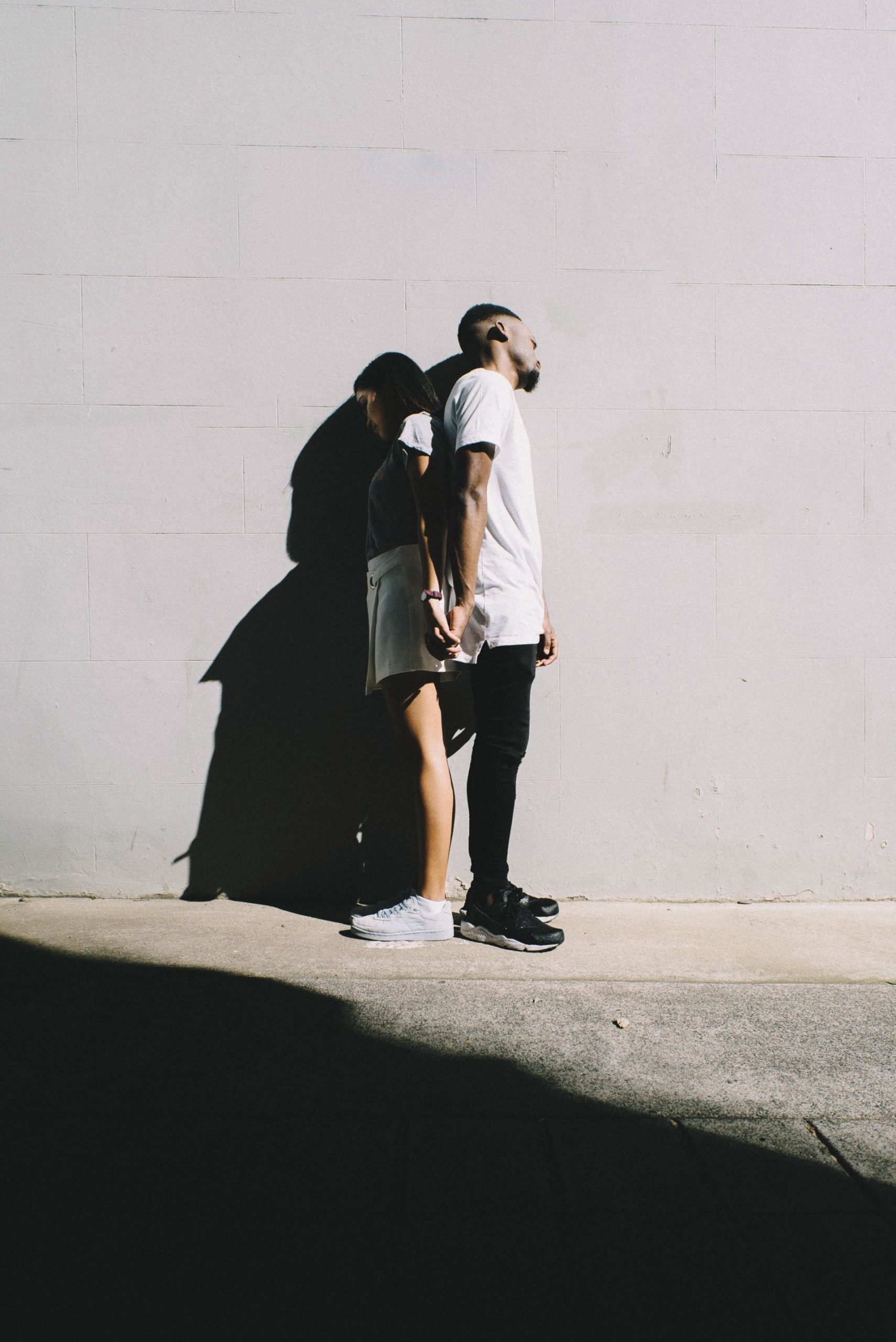 Photo by Henri Pham on Unsplash

Question: I cry really easily and get emotional at the slightest thing. My boyfriend says I am a crybaby but what exactly does that mean?  Is it an insult?

Answer: A crybaby is someone who cries easily at the slightest thing but it also implies that you are capable of turning on the tears when things don’t go your way.  It is, to be frank, a little manipulative and it really isn’t a nice thing to call someone.

Over a certain age, we don’t expect others to burst into tears – although there is nothing wrong with being emotional and expressing your true feelings.  Crybabies, though, tend to make a drama out of a crisis and rely on others to solve their problems, rather than taking responsibility for their own actions and ensuring that they take steps to improve things, correct things or apologise.

When I think of a crybaby, I think of someone who doesn’t like to face reality and who hasn’t really grown up.  Such people can be very draining, particularly since they seldom recognise that others may be suffering too.

I would use a journal and write down all the things that seem to be triggering your tears.  Ask yourself why you are crying – are your tears an appropriate reaction?  Is it that you really need to stand up for yourself more or simply that you have a boyfriend who really isn’t worthy of you.

Question: What can an attractive girl do to capitalise on her looks & achieve the most from life –whilst maintaining her integrity, propriety and decency?

Answer: It depends how important the validation of others – and, if I’m reading your question correctly, men is to you.

YOU are the one to judge whether you have made the most of things by setting goals that will make your heart sing.

That really doesn’t have to be marriage and 2.5 kids. It could equally be finding a cure for cancer, helping solve the ongoing problem of poverty in the Third World or just caring for your family.

You ask what can an attractive girl do?

I ask what do YOU want to do. Don’t set yourself up to need judgement.

Be your own flag bearer. You can do whatever you want to do. You are in control of your own happiness.

Question: My boyfriend won’t talk to me.  What can I do to resolve this?

We had been dating for 1 year, we had loose plans to go out for a meal, he went out and ate and no longer wanted to. I cried because it hurt my feelings as I thought we were going to celebrate. He left pretty coldly in the morning and has barely said 3 sentences to me in 2 days. We didn’t argue.

Answer: Ask yourself this. What would your mum, or your closest friend be saying to you now?

In their shoes I’d be saying he’s acting like a complete pillock. He has either had enough of the relationship and doesn’t have the guts to tell you, or he is feeling completely hemmed in and you need to relax a little and give him some space.

Was this an anniversary meal? Did he know it was an ‘anniversary’ – do you have a relationship which is likely to go the distance in his mind?

He has behaved atrociously and I can’t help but think of the phrase “treat ’em mean, keep ’em keen”.

I would get busy, go out with my mates, do some flirting and let him see that your world does NOT revolve around him – even if he thinks he does.

Crying and having a fit of the vapours if you don’t get your own way is just going to make him think he can get away with whatever he likes.

I’m sure your mum would say “what on earth are you doing with him” (as would I) but if you are determined to keep him, then you need to employ a bit of strategy and ‘suddenly remember’ there are other men out there – at least as attractive and interesting as he is!

Question: How do I pacify an angry girl who won’t talk to me after I declared my feelings for her?

Answer: You don’t. If you told her you had feelings for her and she isn’t interested or rejected you, you need to chalk it up to experience and move on.

Frankly, if her reaction to your declaration was anger, I would assume that wasn’t particularly healthy and take on board the warning signs.

If you feel the need to pacify her before you’ve even got into a long term relationship then something isn’t right somewhere.

Go seek someone who IS worthy of your feelings and will reciprocate them.

If she has issues then of course I sympathise but sometimes other people’s problems are bigger than we are and we don’t have the tools to placate or pacify.

Question: I moved to a small town 100 days ago, and here nobody seems to be liking me. I haven’t managed to make friends so far. Am I wrong? How can I know?

Answer: 100 days is nothing. Honestly. Sometimes we can turn people off by trying too hard. Realistically you are not going to move into a town and have them all fall in love with you.

That’s the stuff of Hollywood.

Find ONE person who you click with and build a friendship with them. Everything else will come in time.

You’re fine just as you are, you know. People just need time.

Question: How can you tell if a woman enjoys it when you flirt with her?

Answer: Because she reacts to you, rather than closes you down with defensive gestures – crossing her arms or legs, using a newspaper or book as a barrier, avoiding your gaze.

Stop trying so hard. Try to interact with her as a friend.

Get to know her as a person.

Far more effective than any of those terrible tips the ‘flirtation gurus’ give you for speed dating or seduction.

Humour is a great weapon. If you can make a woman laugh, you’ll go a long way.

Don’t focus on you, focus on creating a connection. Listen more than you talk

You’ll find some great tips in my flirtation post.

Question: He has a girlfriend so we can’t be together so why does he contact me daily?


We had a no string attached relationship for a year. He chose to cheat on his girlfriend. Yes, we have feelings for each other. I know we can’t be together as he is still with his girlfriend. He took her on vacation & still contacts me daily while with her. He tells me that misses me always and texts daily. Why? Is he in love?

Answer: When you say you had a no strings relationship for a year, was this before his latest girlfriend?

To be frank you are in the position of ‘mistress in waiting’. Others, more cynical, would say he wants to ‘have his cake and eat it’.

If he wanted to be with you he would dump his girlfriend. There is no easy way to say it and I hope that statement will make you angry.

Because you deserve better than to play second fiddle to a man who is probably quite happy with his girlfriend but enjoys stroking his own ego by keeping you dangling.

The true gauge of romantic attraction is ACTION.

Not words, not gestures, not promises to be together at some undefined point in the future.

This is probably an old fashioned view but I always think agreeing to a ‘no strings attached’ relationship means you don’t have too much confidence that your affection will be returned and are happy to take whatever you can get.

I think you should value yourself more highly. Accept he has a girlfriend.

And tell him CLEARLY that you will be interested WHEN he is single.

If he misses you THAT much then he will be hot-footing it over to you sharpish, won’t he?

Question: Is texting 150-200 times a day with one’s boyfriend or girlfriend normal these days, or is it unhealthy for a relationship?

Answer: No it isn’t normal. It sounds either deeply compulsive, controlling or on the way to stalking. We’re talking about texting 15–20 times an hour through the day aren’t we?

And, as I’ve often written, concentrating on texting is a way of avoiding having a real relationship where you actually talk to the person involved.

This amount of texting must surely be affecting other aspects of life – study, holding down a job, relationships with other people.

I suspect this isn’t the only area of compulsive behaviour and if this is the case, it’s time to seek some help and guidance either via a doctor or counsellor or, as the first point of call, a trusted family member or friend.

If you are texting that amount you surely can’t be happy.

How would you have responded to these questions? I’d love to know.  Find more advice on my problem pages here.