The festive season is a potential minefield for Christmas arguments; with family, with partners, with children, with the cat, with shop assistants and probably with yourself.  And this year, most of us have just one day to celebrate in our respective ‘bubbles’.  Even more important, then to make the most of the time we do have altogether in one space and to go home happy, and not weighed down with self-reproach, guilt or the certain knowledge you put your foot in it again.

If you’re the sort of person who could start an argument in a phone box, and if you’re hosting Christmas this year, channel your inner Kirstie Allsopp and consider the following. 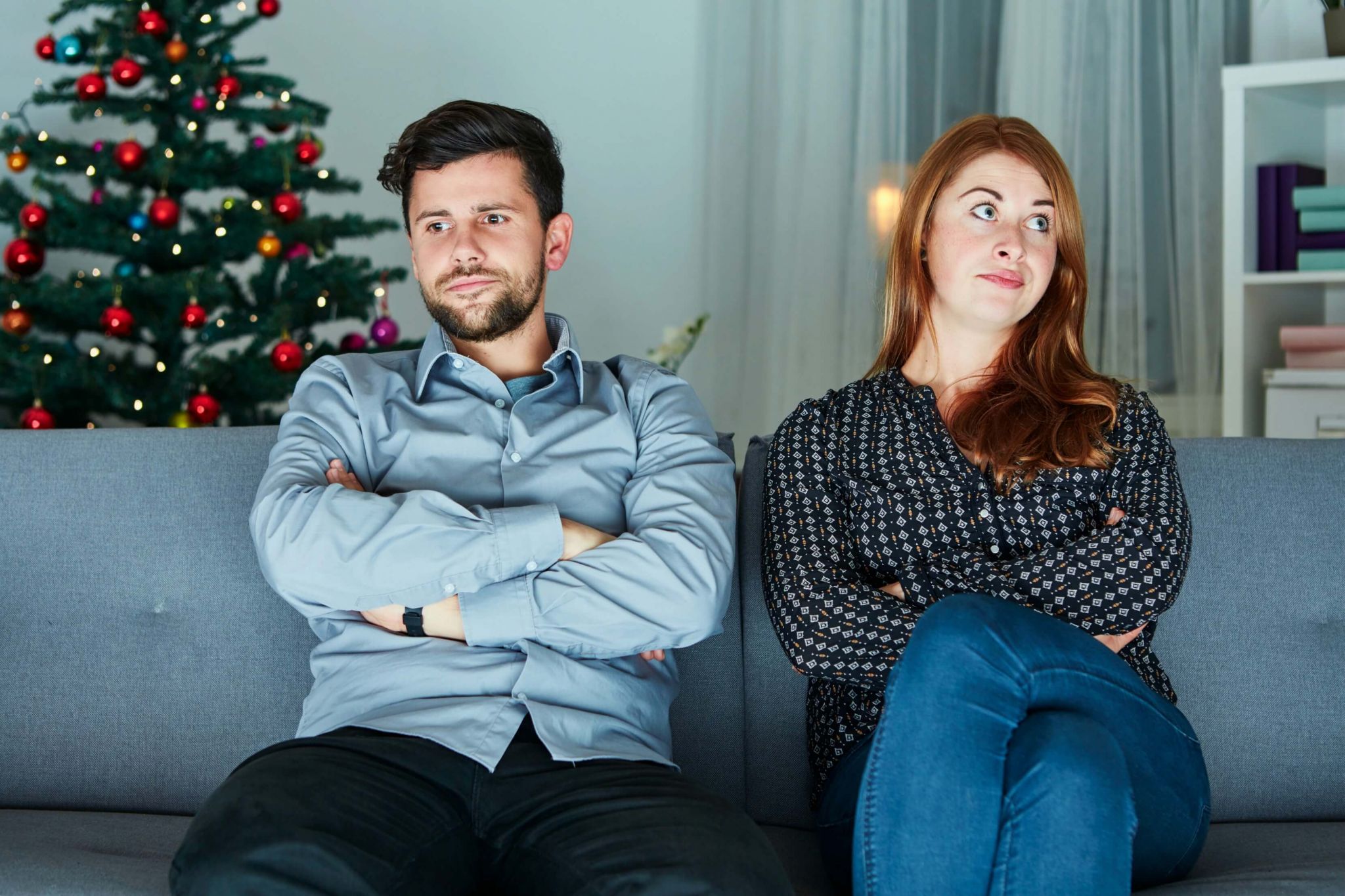 It does not all have to be perfect.  You do not have to greet people looking like an extra from a 1950’s retro greeting card in a twinset and pearls.

You do not have to have place cards inscribed with perfect calligraphy, table confetti, ice cream sparklers or anything else you’ve longingly coveted in the Lakeland catalogue.

It is a good idea though to adhere to some basic etiquette.  Either that or employ a bouncer.

There’s nothing worse than the embarrassment of having to turf out guests who overstay their welcome. If you can, send out written invites – e.g  “Coffee & Mince Pies, 4 – 6 pm”.  Or then there’s that helpful phrase “would you like a coffee before you go home?”

This has to be delivered with a certain amount of aplomb lest you come over like a Christmas curmudgeon and you probably won’t get away with it with close family and definitely not on Christmas Day.

You know, I’m sure what topics are likely to start World War III but a couple of glasses of fizz and the urge to start talking about them is hard to resist.

Think of it this way. Christmas Day is 24 hours. Even during World War I, the opposing sides took a day off at Christmas.

Surely you can avoid talking about your ex, that outstanding loan, and why your children are never invited to Aunty Marge’s house for just a day. Stick your fork in your hands. Bite your tongue. Otherwise, you’ll regret it.

Do not remark upon half-finished plates

Annoying if you’ve slaved in the kitchen all morning but they’ve probably had too many Quality Street before turning up. 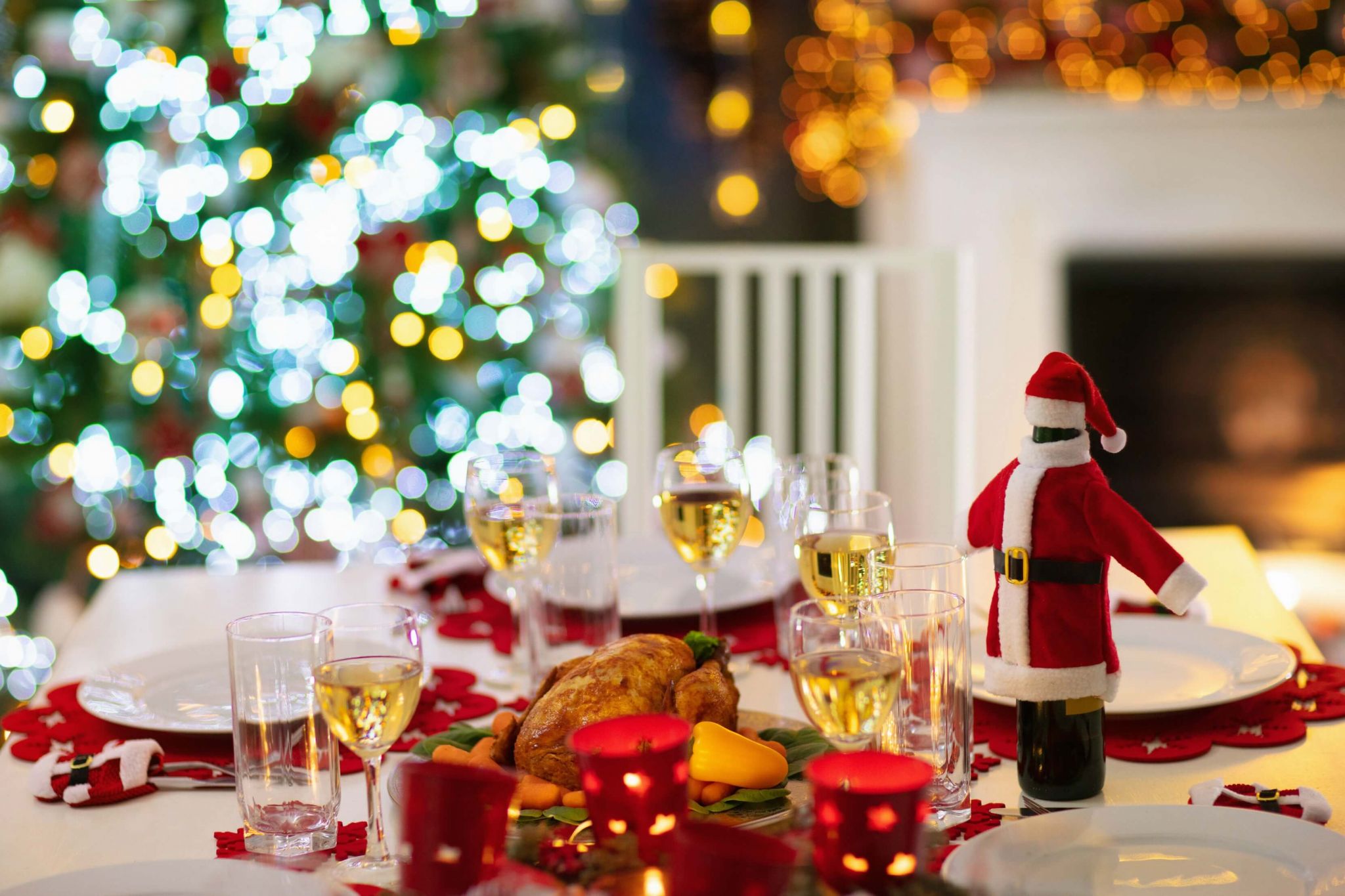 Eat your own food

It sounds weird but there’s nothing worse than a host who loads everyone else’s plate to the rafters and then eats half a potato and a pea because they’re on a diet.

Alcohol and a stove whacked on to full power plus igniting the Christmas pudding is a recipe for disaster.

At the very least turn up with a bottle of something decent.

Curb your urge to flirt…

….with your sister’s boyfriend, the next-door neighbour or anyone else you know full well is off-limits.

And if you see someone flirting with your partner, try to ignore it and not cause a scene – at least till you get home! Tell yourself you must have made a good choice if someone else is after your partner.

If everyone else is wearing their cracker hat, don’t be a mardy guts and refuse to on the grounds that “it will ruin my hair”.

If Lady Gaga can go out wearing a meat frock, you can manage to balance a few grams of coloured paper on your head for half an hour.

You’re not 12. A mouthful of Brussel Sprout won’t kill you. And make sure you’ve told the host/hostess about your wheat allergy/gluten intolerance/fear of scallops well in advance of the day.

Yes, I know you hate party games but unless it’s “strip Twister” or someone’s suggesting throwing car keys in an ashtray, at least give it a go.

Why not bring a pub quiz book with you or Trivial Pursuit so you can steer the post-meal fun in a generally less embarrassing direction. You can’t go wrong with Charades, can you?

Don’t talk through the Queen’s Speech

In some houses, watching the Queen’s annual address is de rigueur and even if you think the French had the right idea with their guillotine, Christmas Day is not the best time to mention that. Keep your jokes about corgis and an annus horribilis for another time.

Know when to go home

As a general rule, when your host’s eyes have glazed over and if anyone has started to snore, it’s time to leg it.

In all seriousness though, if an argument does break out, the best thing to do is to try not to get involved or, if you think it will work, try playing peacemaker.  You may need excellent communication skills for that, though which might be tricky after a few drinks.

A dignified silence usually works well, as does “shall we discuss this another time? We don’t want to spoil the party”.

Or there’s one of my favourite anti-argument techniques learned from Agatha Christie’s legendary Belgian detective, Hercule Poirot. On hearing anything vaguely insulting, Poirot would raise his eyebrows and utter just one word in a questioning tone – “Indeed?”.