Portsmouth and maritime history go hand in hand. Even today, you cannot walk far without seeing the high masts of Nelson’s HMS Victory peering out from the Historic Dockyard or witness the massive ships pulling out from the Royal Navy base.

Over the years, the city has also become one of the UK’s top beach destinations. With its sandy shores and collection of arcades and amusements, it’s easy to see why. Throw in an escape to nearby Southsea, and you can experience everything this gem of a city has to offer. 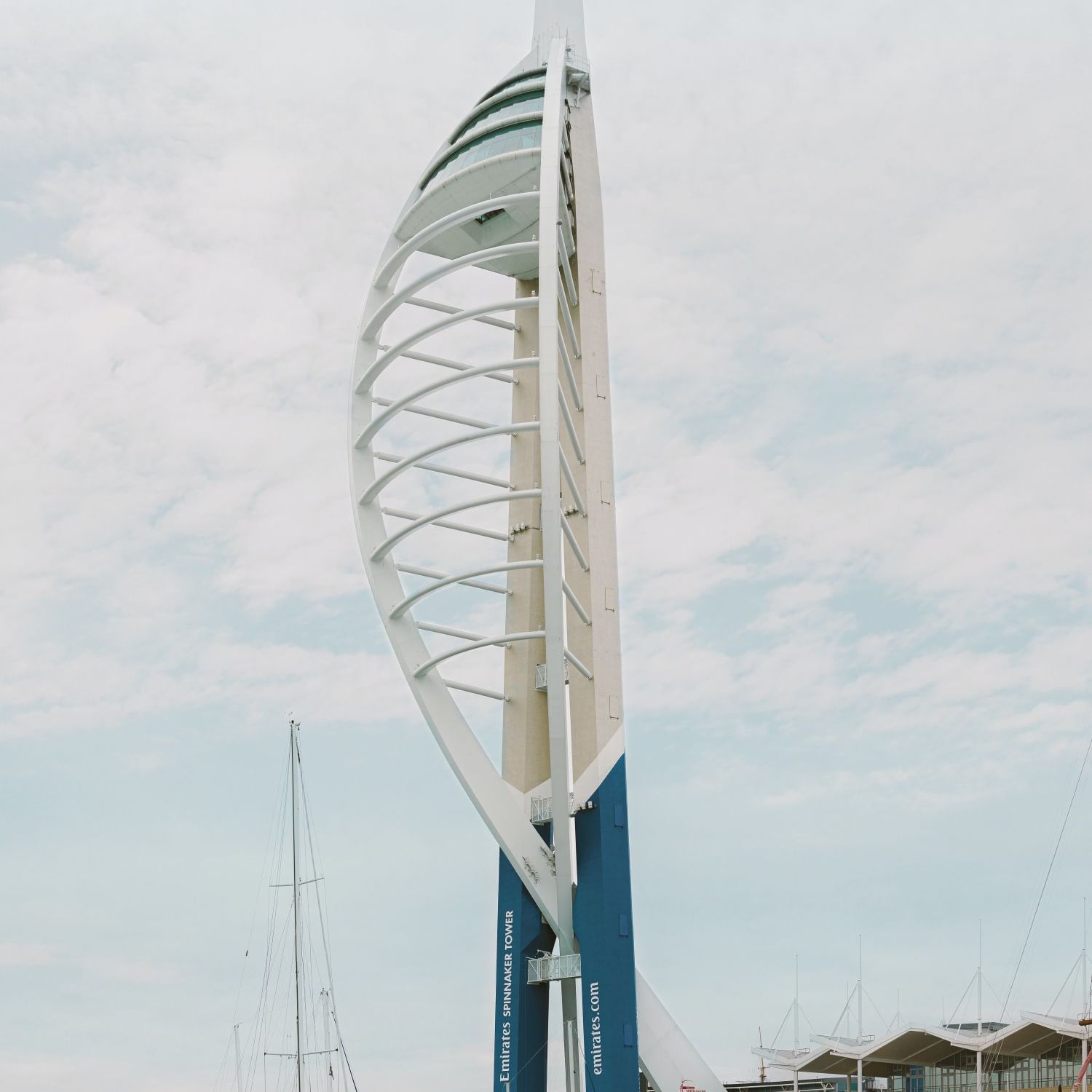 Planning a day out in Portsmouth? Here are 7 attractions you shouldn’t miss:

The Mary Rose Museum is home to one of Henry VIII’s most beloved possessions, the Mary Rose. There you can explore over 26,000 rare artifacts uncovered from the wreck and discover what it was like to be aboard one of the most feared ships of the Tudor era.

Built in 1509, the Mary Rose was ahead of its time in many ways. It housed four decks and 91 bronze cannons and was later enlarged to 700 tons in 1536. Later in 1545, the Mary Rose was involved in a bloody sea battle against the French and sank a mile and a quarter away from its homeport in the Solent. Most of the crew lost their lives that day, but some of their possessions remain to keep their story alive.

Nestled in Portsmouth’s Historic Dockyard, you will discover the site of Lord Nelson’s famous flagship, HMS Victory. Built in 1765, the beautifully restored five-deck ship with its impressive 104 cannons is a sight you will definitely not forget!

Not only is the Victory remarkable in its size and grandeur, but it is where Lord Nelson succumbed to his battle wounds and died. After penetrating the French enemy lines in 1805, Nelson claimed victory for 20 minutes before breathing his last. Now immortalized in myth and legend, his incredible ship continues to tell his story.

A stone’s throw away, you will find the National Museum of the Royal Navy. There you will find several mementos and artifacts relating to Lord Nelson and 18th Century seafaring.

Let’s face it. The last 18 months have been challenging, disruptive, and, dare I say it, irritating, to say the least. Fortunately, Southsea Common’s longstanding festival is back to bring some joy back into your life.

Victorious Festival 2021 is shaping up to be one of the best lineups yet. Headlining acts include Madness, The Streets and Royal Blood. With Annie Mac, Rag ‘n’ Bone Man, Supergrass and The Kooks featuring, this August Bank Holiday weekend is going to be one of the most memorable yet!

Tickets can only be booked online in advance, so don’t delay!

Now that you’ve taken in some of the sights, it’s time to step into another world full of mystery, suspense and fun! Discover Exciting Escapes – the most interactive and immersive escape room in Portsmouth!

Bursting with adventure and adrenaline-fuelled fun, you’ll make lasting memories and discover new skills along the way. Whether you go head to head with your friends or engage “Big Brother Game Mode” – think Big Brother meets Crystal Maze! – your time at Exciting Escapes will never be forgotten.

With six unique games to discover, including the 1960s era “Murder at the Movies” and dark hospital secrets plot in “Voices We Hear,” you can enjoy a fully immersive experience like no other.

Ready to take a walk on the wild side? If the answer is yes, then you are in for a real treat at No Man’s Fort. Only accessible by ferry from Gunwharf Quays, this military museum (adult’s playground!) is well worth the sea legs.

No Man’s Fort was built in the late 19th Century with the sole purpose of repelling a predicted French invasion. Today, you will not find a hardened garrison within its walls but a unique adventure venue. So if you fancy an afternoon tea, want to make some cocktails, do a spot of fishing or enjoy an overnight stay in one of the luxurious ocean-view rooms, you can!

There may be many uncertainties in life, but one thing is for sure, cake is life! Fortunately, our friends at the Tenth Hole Tea Rooms know this only too well!

Set in the heart of Southsea’s renowned golf course, you will often find locals queuing in anticipation outside the Tenth Hole. Step inside, and you will discover mouthwatering slabs of freshly baked victoria sponge, decadent banoffee pie and fist-sized scones with a healthy portion of jam and cream on the side. If you’re feeling particularly peckish, there is an impressive breakfast and lunch menu to choose from to tickle your taste buds. Delicious.

Anyone interested in medieval history needs to make their way down to the Royal Garrison Church. Originally built around 1212 by the Bishop of Winchester as part of a hospital/pilgrim’s hostel, this ancient church has seen 800 years of British history unfold within its walls.

Over the best part of a millennium, the church has been a Tudor ammunition store, a medieval hospital and a church for the armed forces. It was also beautifully restored in the 19th Century before the nave was severely damaged in a 1941 firebomb raid on the city.

Much of its original features are still there, as well as a collection of 20th Century stained glass windows depicting scenes from WWII and the church’s own remarkable history. Ethereal and incredibly atmospheric, it’s a visit you are unlikely to forget.

Whether you want to explore ancient walls, relics or formidable ships or try your hand at unlocking an escape room, Portsmouth is bursting with a range of unmissable attractions. Where will you go first?